Last week we took ourselves off to the wilds of Northumberland for a spot of lunch.

It was a glorious day and there was a walled garden next to the cafe, so after lunch we had a wander. 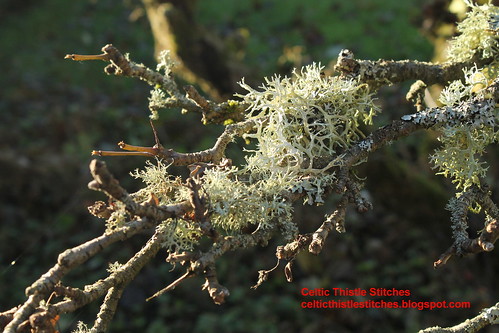 The garden had a number of old apple trees, many of which were festooned for the season in nature's own winter decoration. 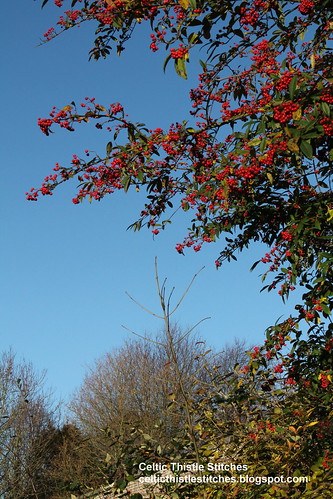 There has been a bumper crop of berries around here this year, which according to folklore means that a hard winter is on the way! Do the trees know something we don't and, if so, how???

Berries are one thing to find in a walled garden, but even in the wilds of Northumberland I certainly was surprised to come across this sign! 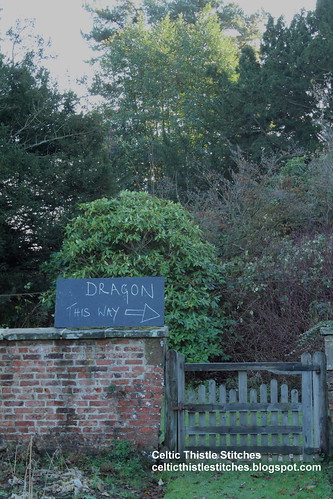 The signpost was facing in the same direction as the children's play area, which certainly doesn't seem like a good idea to me :) Dragons, in European mythology at least, are generally fire-breathing, cave dwelling, bad news for human creatures as far as I can tell, so sending your children in their general direction seems a bit careless.

It sounds like a great threat though if your children were misbehaving :)