Do you think I have enough now?

Regular readers will probably have guessed by now that I do love a bargain, especially a fabric bargain!

So when I decided to take my car out for a spin yesterday and just happened to find myself outside a quilt shop that I sometimes frequent, well it would have been daft not to go in :) When I then discovered that said quilt shop had had an Open Day last month, which I had missed, but still had some of the Open Day reductions available well it would have been rude not to at least have a look at them, wouldn't it? 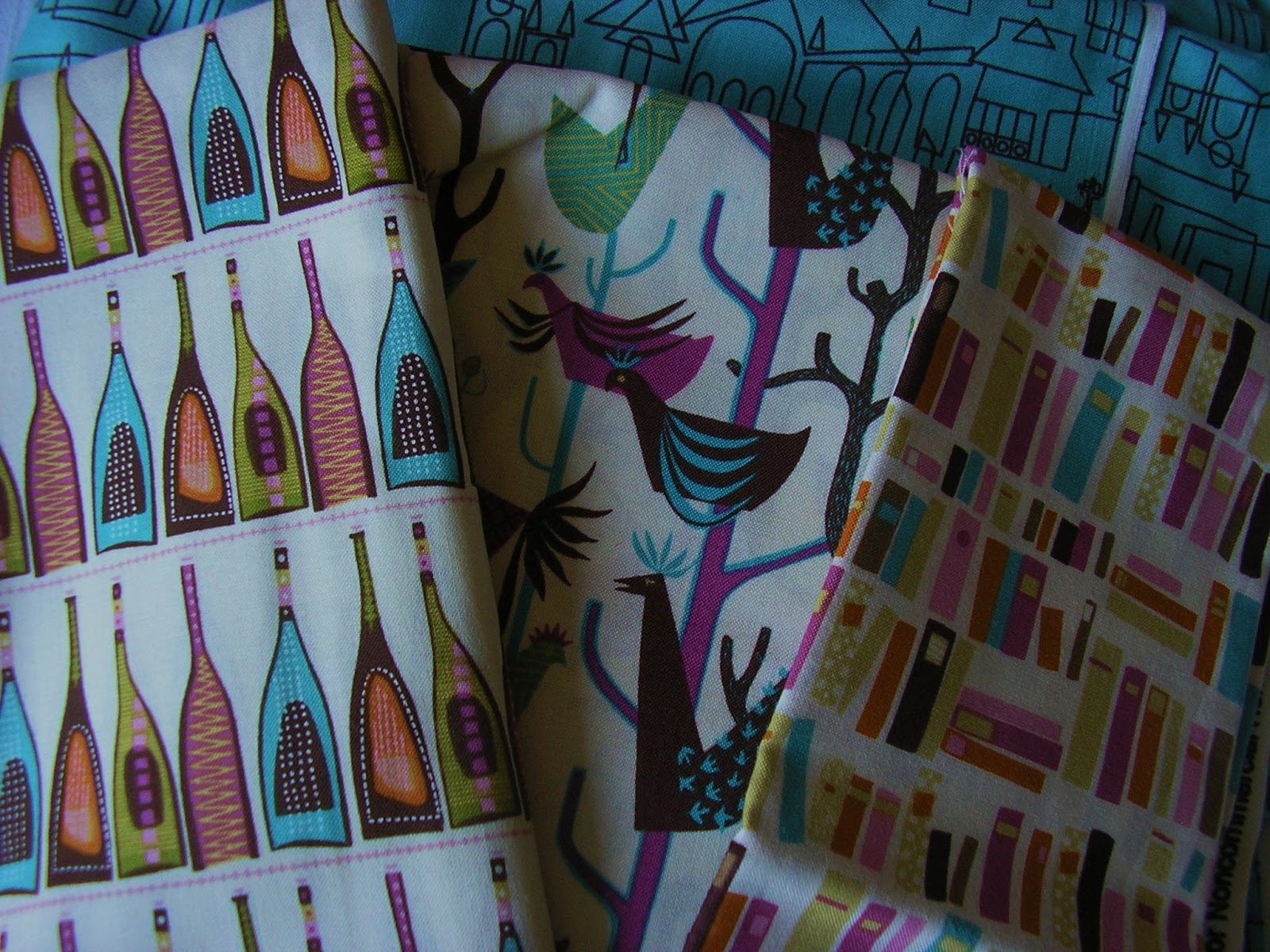 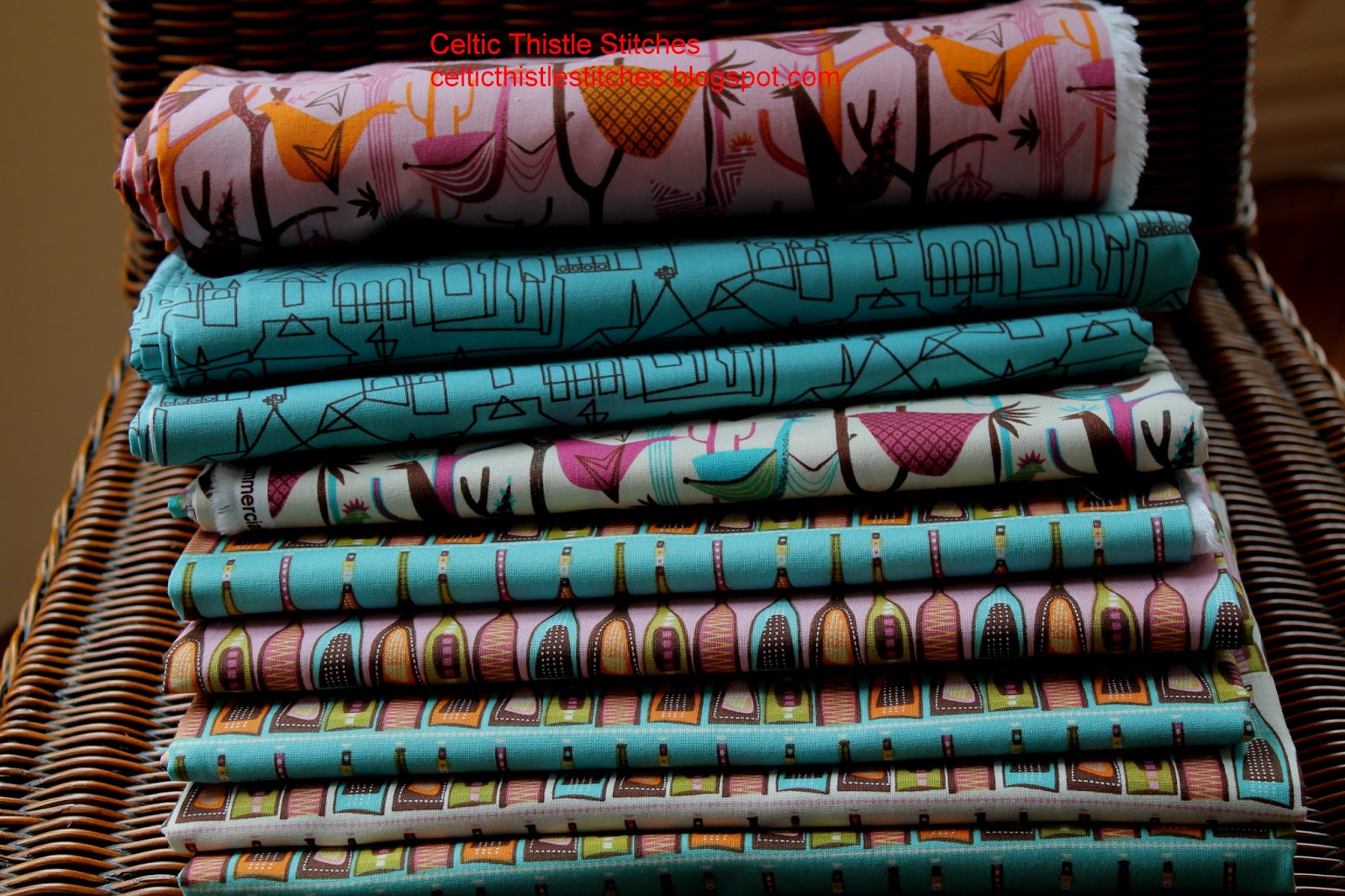 At £2 per metre, I just couldn't bring myself to pass it up and even although there was over 6 metres of the top pink birds fabric up for grabs, I  could still justify lunch in the coffee shop next door!

A couple of other items might also have found their way into my basket whilst I was browsing :) 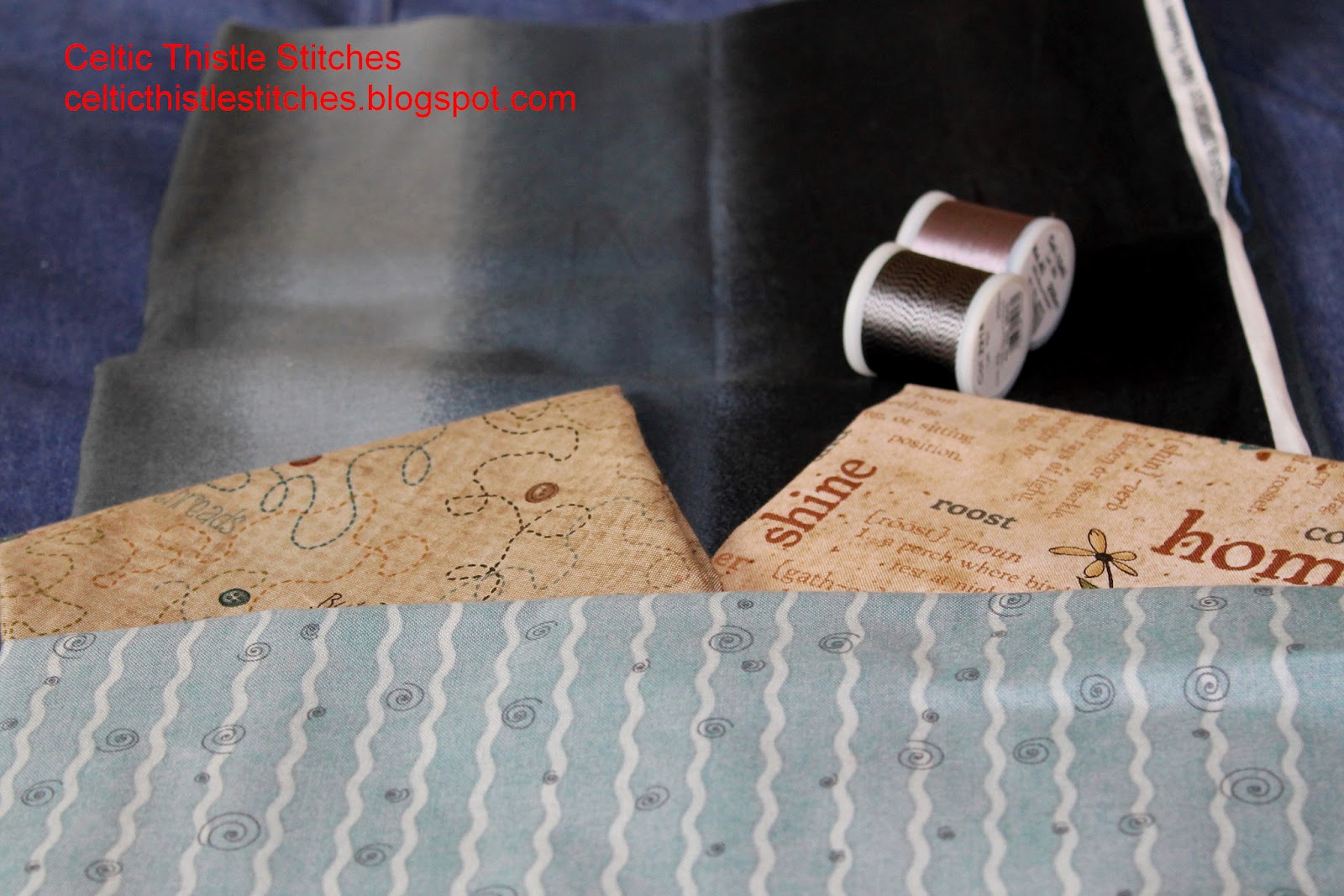 The graduated fabric in the back was also in the sale alas at £5 per metre rather than £2, but I have plans for it for one of my overdue Star of Africa Bee blocks, so it was more of a necessity than an indulgence.

The wavy stripe fabric and text FQ's are also planned for and had only been put out on the shelf the day before so was obviously meant to be.

My car seems to have overcome its' tendency to cut out at random moments too, which was the original purpose of the exercise so, all in all, a successful day out !