Although I have been busy ticking off projects this weekend, I have very little that I can actually show at this time, so instead I will content myself with sharing some sneak peeks!

We visited a local Vintage and Collectors fair at the weekend, where I picked up some (as it turned out essential!) sewing supplies. 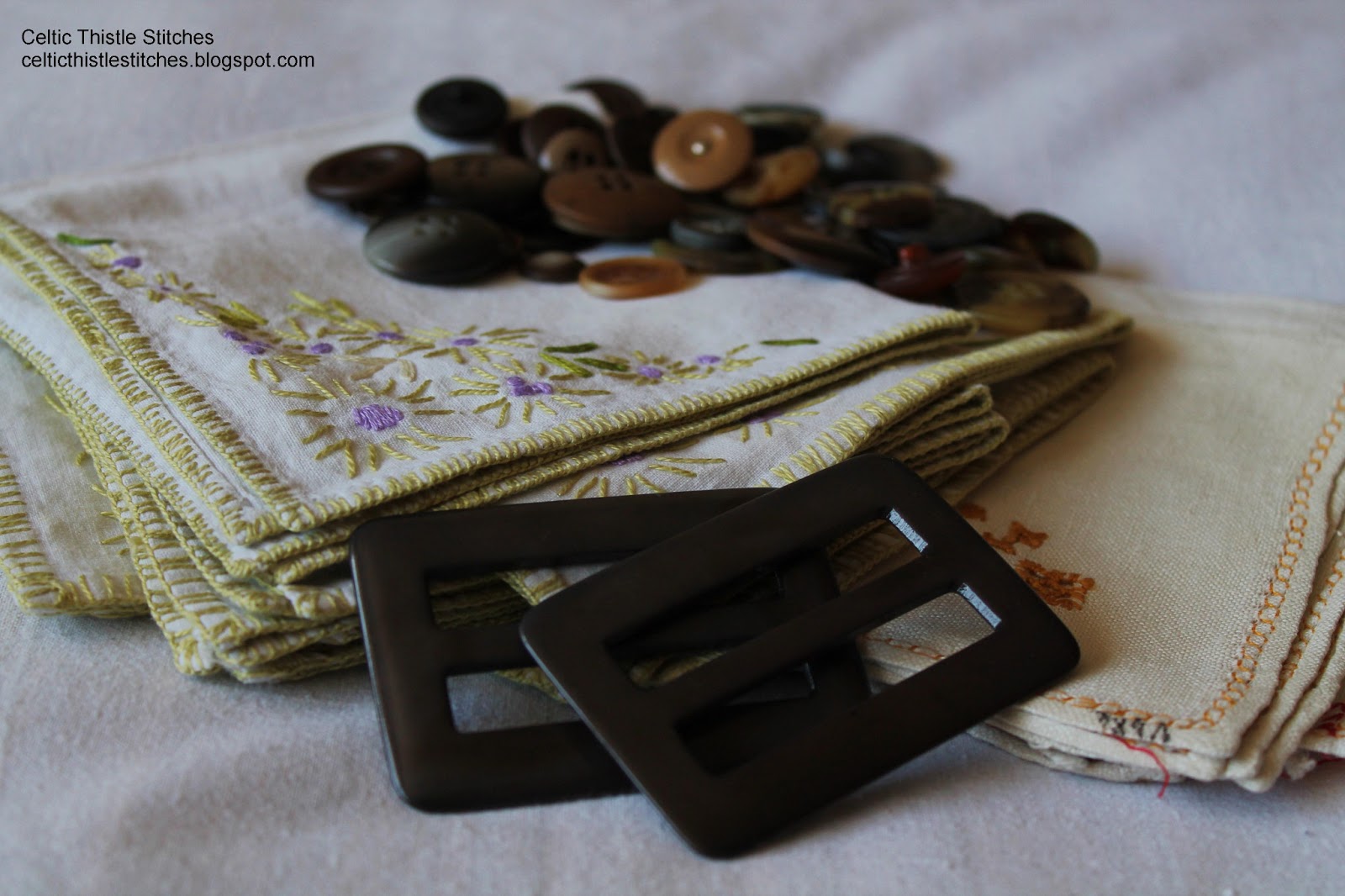 I can never resist a button bargain and at 20p for the packet, they were definitely a bargain!

I had a vague idea of using the vintage buckles in a handbag and as it turned out they were used much quicker than I thought they would be. 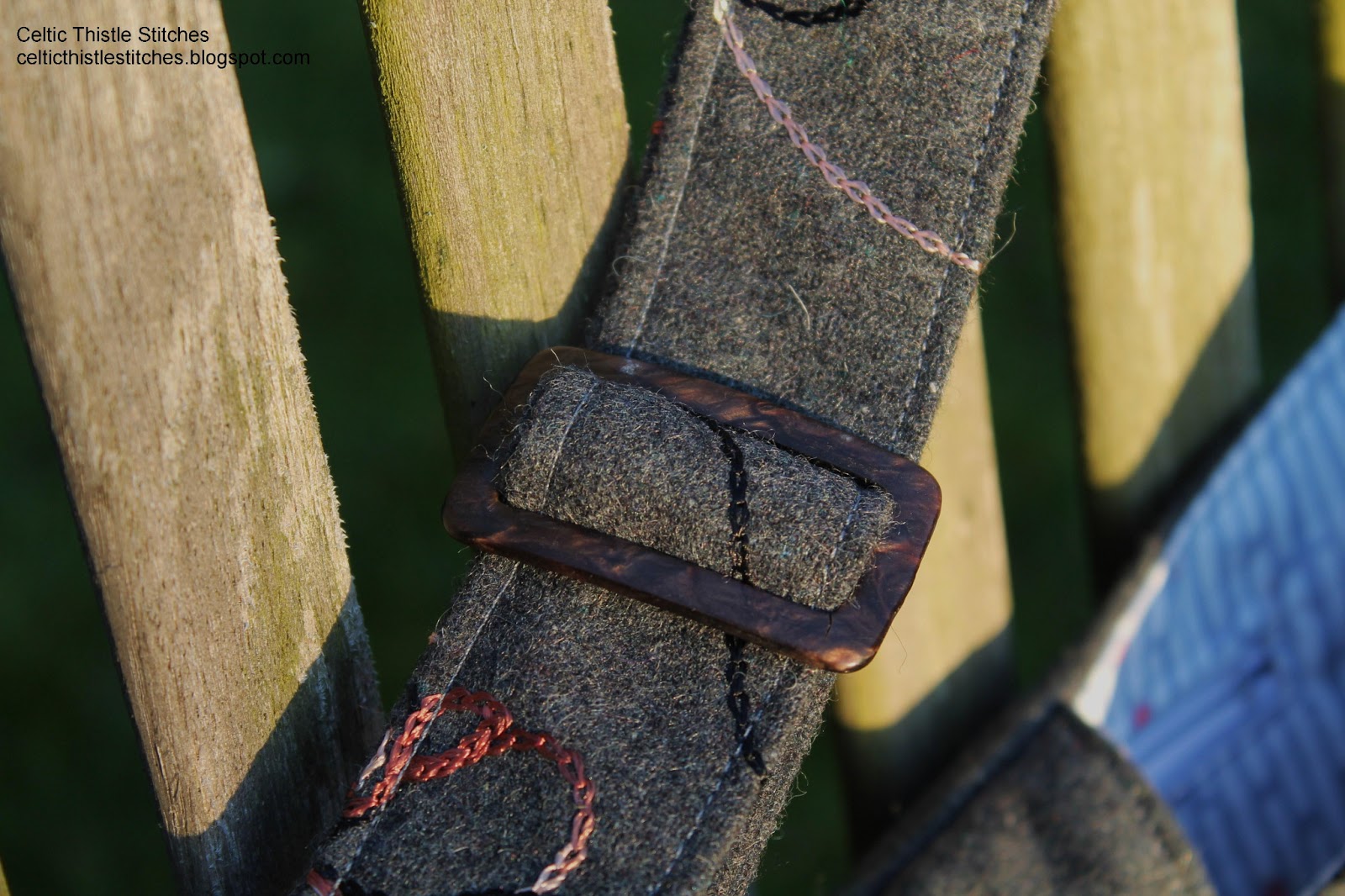 The smallest of the three I bought was the perfect fit as a slider on an adjustable strap, which was just waiting for supplies to be delivered for finishing. Serendipity indeed :)

Having signed up for The Littlest Thistle's Everything but the Kitchen Sink SAL and not made any attempt to tackle the first block, when she posted the details of the second block recently I thought I had better have a go. Katy gave instructions on how to design a paper-pieced block in Word, which was definitely something I had never even known was possible. The SAL block is for mugs hanging from a mug rack, and I did manage to produce a pattern that vaguely resembles hanging mugs. I haven't gotten around to actually piecing the block yet as I was so taken with the possibilities of producing a pattern in Word that I had to have another go.

The theme for January's month's block in the Star of Africa Bee is shoes and I have had an idea in the back of my head for a while of what I would like to do, but until now not the capacity to actually do it. However, here is a sneak peek of my very first Word generated paper-piecing pattern. 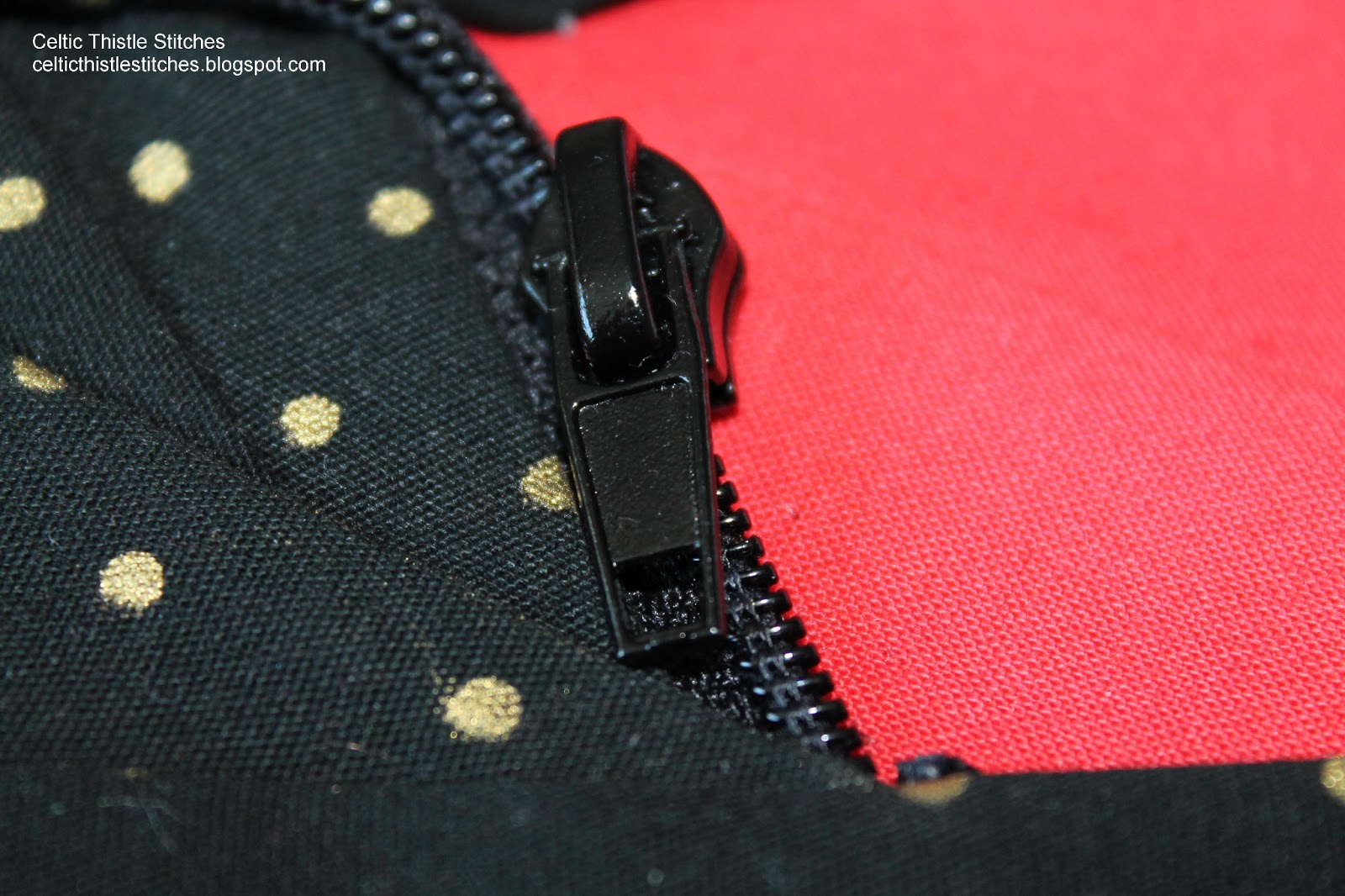 Paper-piecing and zips I must be mad!

Thanks Katy for putting me right on the numbering :)

Finally here is another sneak peek of an exciting upcoming project that I have been working on with the lovely UKMUMINUSA.

I think I have teased you enough for now. Hopefully all will be revealed in the not-too distant future!

Linking up to Let's Get Acquainted Monday Link-Up, which this week is at Weekend Doings.
Posted by Celtic Thistle at 11:48

Email ThisBlogThis!Share to TwitterShare to FacebookShare to Pinterest
Labels: buckles, buttons, Everything but the Kitchen Sink, paper-piecing, patchwork, vintage