As you know by now I have been attempting Katy's Camera Challenges, and this month we have been challenged to use the Shutter priority setting. Now, I knew that the setting existed on my camera, but I have to confess that any use prior to the challenge has been entirely accidental!

For this challenge we were tasked with finding some willing moving subjects, which was a challenge in itself. Having watched the Scotland rugby team end up winning the Wooden Spoon, and thereby propping up the league table, they definitely didn't fit the bill, and living at the end of a cul-de-sac meant that moving cars were not an option either. So, I decided to combine the challenge with a day out to the Races. Plenty of moving subjects there for me to practise on and the opportunity to add to the Celtic Thistle coffers at the same time, what more could I ask for :)

Well, paying attention to the instructions might have helped!


Our first challenge was to take photos in the Shutter Priority mode starting with a fast Shutter speed and gradually slowing the speed down. Katy suggested starting with 1000 for cars and 500 for animals, but I reckoned that racehorses and cars were probably much of a muchness in terms of speed so started with the photo above at 1000. As you can see even the movement of the horse's tail is crisp. Sadly none of my money was on any of the first three past the post in this race, so the Celtic Thistle coffers were lighter by the end of it!

I know that it looks like this horse is galloping in the wrong direction and it is, but I found it much easier to take photos of the horses as they headed down to the start when I was trying to fiddle about changing the shutter speeds. I think this speed is probably acceptable too, and certainly better than any shot I might have attempted like this in the past!

Definitely not crisp and even!

Our next instruction was to leave the shutter at a fixed speed and try to follow the movement pressing the shutter as I went. I wrote the instructions down before going out to the Racecourse, but did I read them whilst I was there? Of course, not! So I will have to rise to that challenge another day :(

The final part of the challenge involved photographing running water, so I was delighted to find a waterfall in the racecourse garden. We were also supposed to take the Camera off of the continuous focus setting, but you know how bad I am at remembering (or reading!) instructions, so needless to say that didn't happen.

But I did get these shots


I have to say that I am really enjoying these Camera Challenges from Katy, and even although I would appear to have the memory span of a gnat, some of the information that Katy is passing on is filtering through!

An added bonus is getting to have a great, if not lucrative :(, day out at the same time. 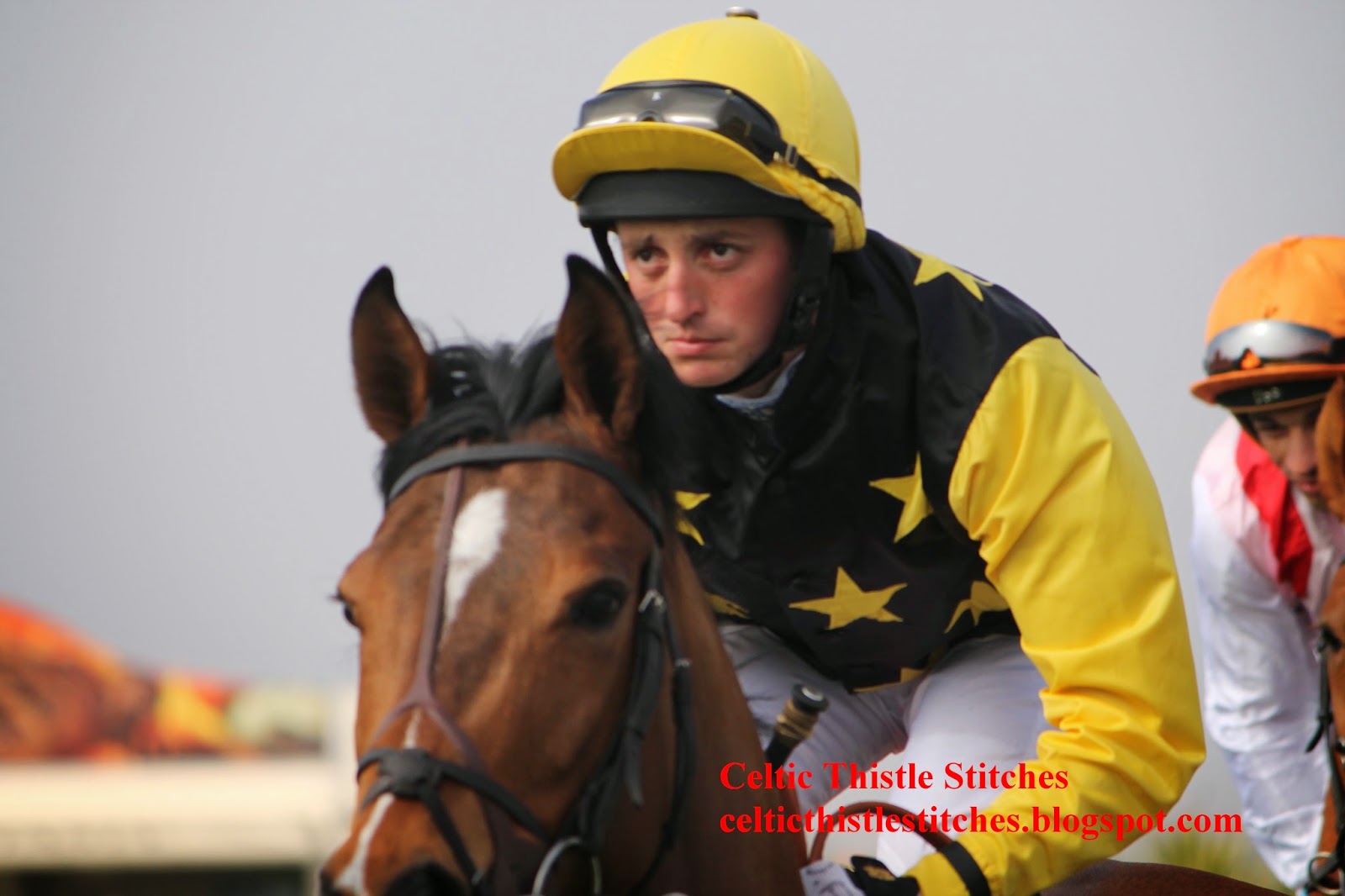 A determined face if ever I saw one :)

Looking forward to seeing how everyone else has approached the challenge and if you are up for a challenge, it is not too late to join in!
Posted by Celtic Thistle at 04:00