When our boys were younger and we still had to pay attention to things like school holidays, having a birthday in August usually meant that it was spent on holiday (good) or, sometimes, on a ferry travelling back from holiday (not so good!). Now that we no longer have to worry about sorting out and buying new sports kit before the start of September, or more recently furnishing a student flat with enough food to keep an army on the move, it is a joy to be at home in August. A particular joy is getting to visit one of my favourite cities when it is in Festival mode. 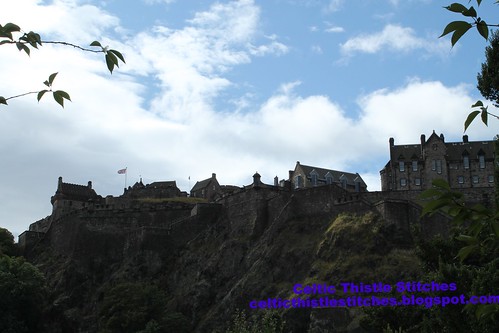 Although it can seem that the world and his wife have also descended upon Edinburgh in August! Still there is plenty of room for everyone.

Our visit to Edinburgh this time though, wasn't to soak up the sights but instead to indulge ourselves in a 7 and a half hour theatre marathon, an early birthday treat from my husband, who it seems does sometimes listen :) 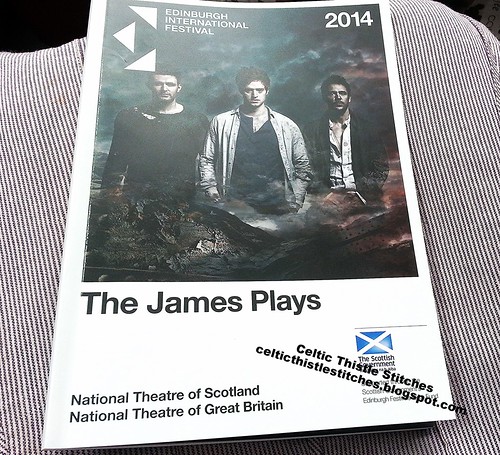 The James Plays are a trilogy about the first three King James' of Scotland, and for four days in August all three would be performed on the same day. The plays by Rona Munro, were being premiered in Edinburgh during the Festival, so it was too good an opportunity to miss. Sadly my knowledge of 15th Century Scotland is sketchy to say the least, despite being born and bred in Scotland and being an avid reader of historical novels for many years, so I was definitely looking forward to filling in some gaps in my knowledge.

I certainly didn't know that James I met a particularly unsavoury end being killed in the sewers of a monastery whilst trying to escape from his attackers. His son, also James, was the recipient of this large piece of artillery, known as Mons Meg, which graces the walls of Edinburgh Castle. 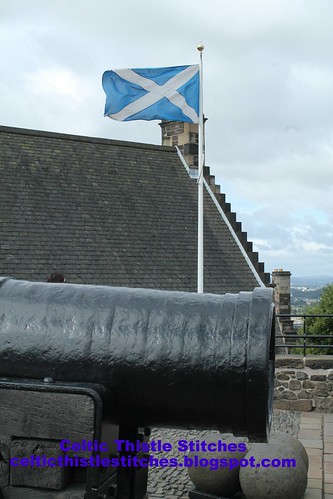 Sadly another cannon was to be the cause of his untimely demise when it exploded during a siege at Roxburgh Castle.

One of the events during James II's reign known as the "Black Dinner" when nobles invited to dine with the young King were accused of treason and executed was apparently the inspiration for the Red Wedding in George Martin's Game of Thrones series.

Just goes to show that life definitely is stranger than fiction!

The plays were all wonderful, if you ever get a chance to see them I can definitely recommend them, although you might prefer to do it over several nights as 7 and a half hours on a theatre seat can be a bit numbing :)