We have had some glorious winter days here on the West Coast of Scotland recently, so hubby and I were determined to make the most of them as you never know how long these things will last in this part of the world :) 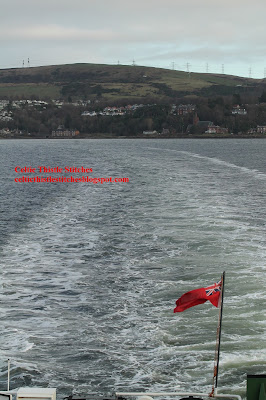 Last week we headed off on a three ferry round trip from Wemyss Bay via Rothesay and Dunoon back to Gourock. 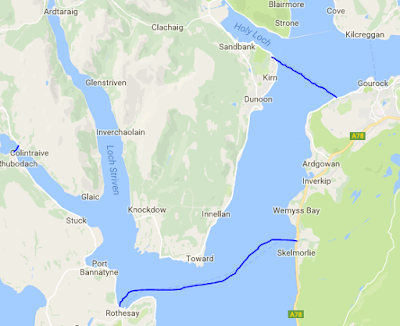 As you can see from the map above one of those ferry trips was very short! 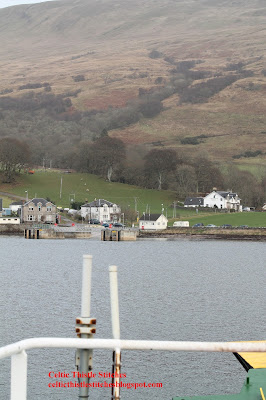 This photo was taken whilst the ferry was still loading cars at Rhubadoch and the destination was the slipway at Colintraive you can see above! It didn't take long :)

In fact the spot is where cattle were swum across from the Isle of Bute to the mainland to be taken to market, which makes lots of sense when you see the photo doesn't it? 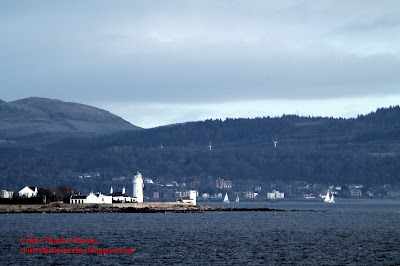 We skirted around the Toward Lighthouse on our way to Rothesay 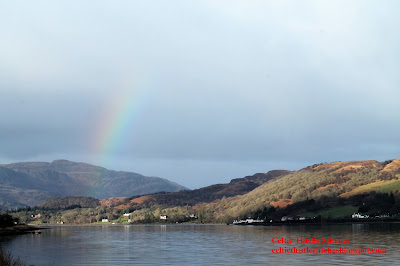 and stopped to admire this rainbow as we headed up along side the Kyles of Bute to catch the ferry at Rhubadoch. 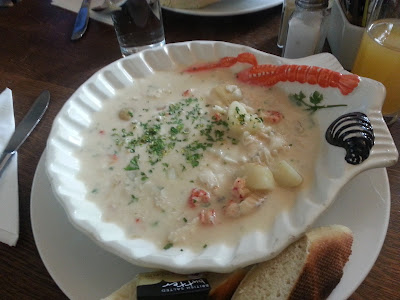 We enjoyed this delicious Seafood Chowder at the Colintraive Hotel before heading off to catch our third ferry of the day. 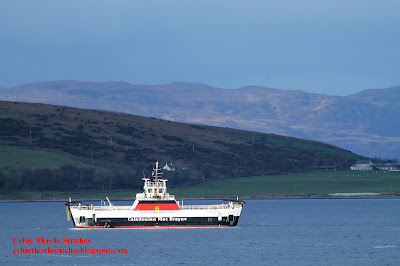 Home in time for a welcome cup of tea!

It is all go here in the Celtic Thistle household let me tell you :)

Hubby has spied a five ferry trip in the ferry timetable, so that is definitely on our list for the summer.