Last weekend was very much sport focused in our family, but as an antidote to all that heaving and grunting (and that was only the spectators!) my son's girlfriend and I took ourselves off to savour winning of a different kind.

Oscar winners and Academy Award winning Costume Designers to be precise. Bizarrely the local Woodhorn Colliery museum is currently hosting an exhibition of Academy Award winning UK costume designers, so with the Oscar ceremonies then still to be held, we braved the blizzards to feast our eyes upon some fabulous costumes.

And feast we did. Check out the quilting on those sleeves! 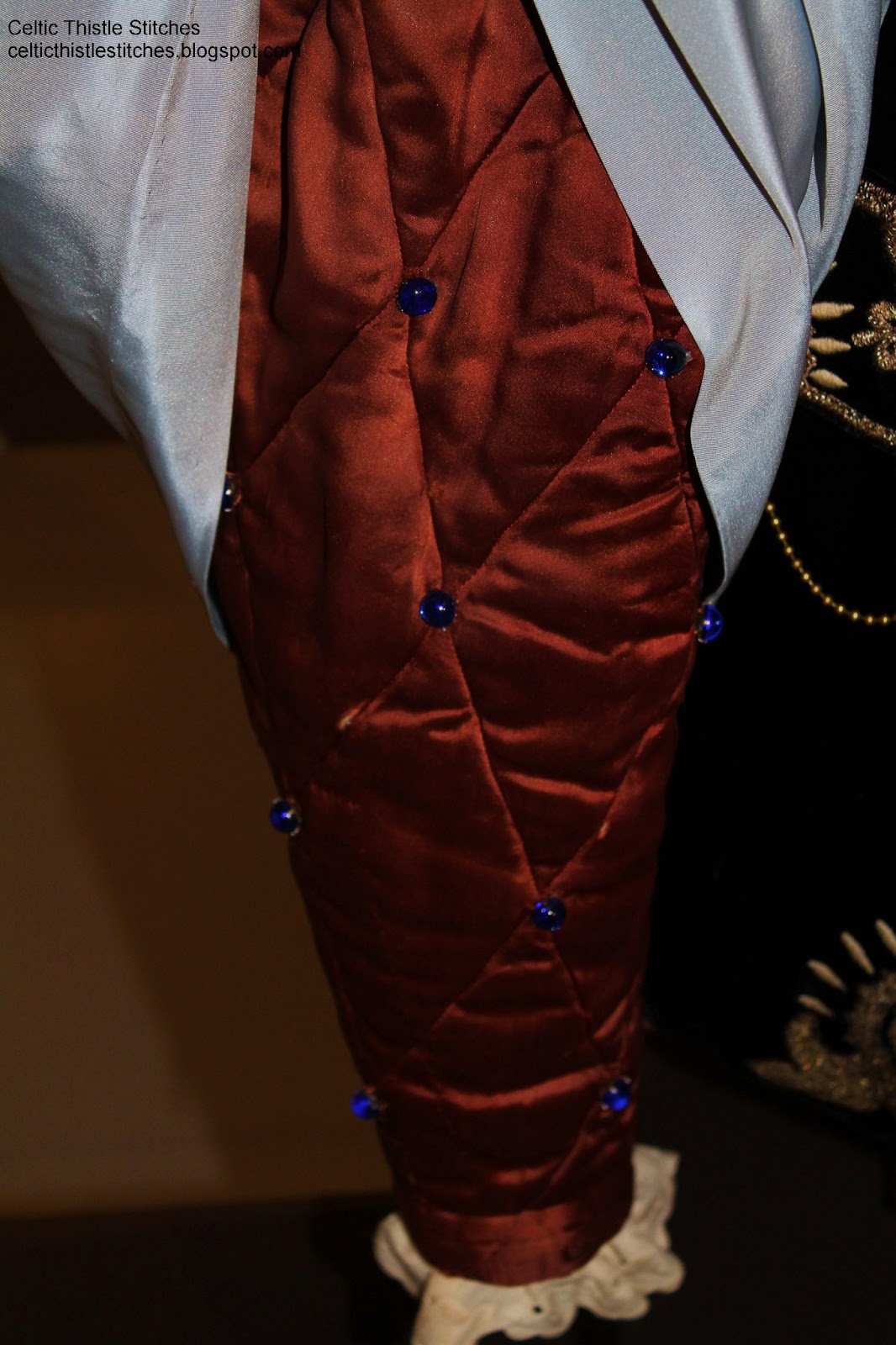 Another winner was Michael O'Conner the costume designer for the film "The Duchess" starring Keira Knightley. There were several costumes on show from this film and they were all wonderful.

In all the exhibition had over 40 costumes on display from films as diverse as "The King's Speech" and "Gladiator". We had a great time and it was the ideal preparation for the Sports Fest that was to come.

I have just discovered that the voting has been finalised in Rikka's Curved Seams Challenge and I have been awarded the Silver Badge! The Gold deservedly goes to Pam's gorgeous Curved Seams dress, which I voted for myself! Rikka's next challenge is to get us dusting off those strange feet that came with the sewing machine and have yet to see the light of day, so if you fancy joining in check out the challenge here.

Finally, tomorrow all will be revealed on this recent sneak peek

So don't forget to check back then!