A Day out in the Sunshine

We have had a rather wet and miserable summer here in Scotland, so opportunities to explore more of the region have been thin on the ground. The rain held off long enough recently for us to visit Culzean Castle and it was definitely worth dodging raindrops for! 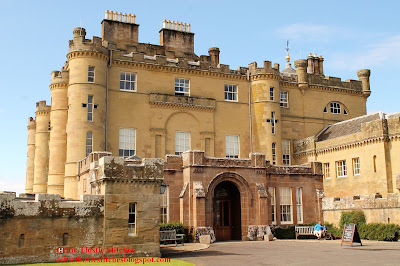 The site has been the home of the chiefs of Clan Kennedy since the 14th Century, although the building you see in the photo above is the converted Castle designed by the celebrated architect Robert Adam for the 10th Earl of Cassilis. The Castle has been owned by the National Trust for Scotland since the Kennedy's gifted it in lieu of death duties in 1945. One stipulation of the gift was that the top floor of the castle be retained as an apartment for use by General D. Eisenhower, who did visit four times during his lifetime. Nowadays you can walk in the General's steps as the apartment is available for rent

Culzean Castle sits in nearly 600 acres of grounds, so as well as exploring the house with it's magnificent Oval Staircase there are some wonderful gardens to discover. 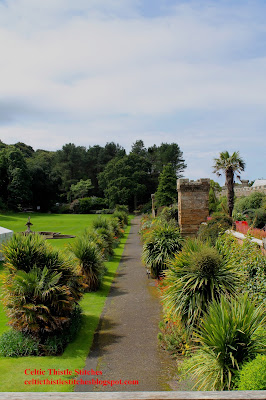 The Fountain Court garden in front of the Castle was closed to the public the day we were there, as they were setting up marquees for a wedding that weekend. A marquee wedding is a very brave thing to book in Scotland, even in August! 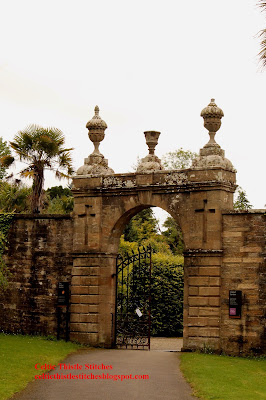 The Walled Garden, which was split in to a kitchen garden and pleasure garden was entered through these imposing gates. 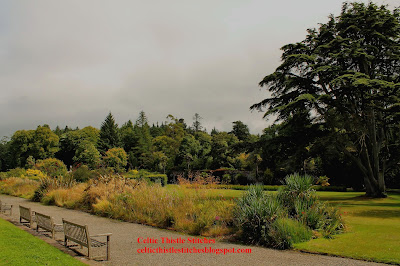 As well as pleasant avenues, 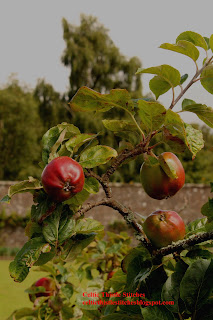 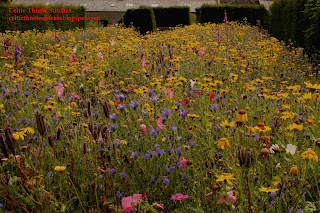 the Walled Garden contained an apple orchard and a meadow garden. 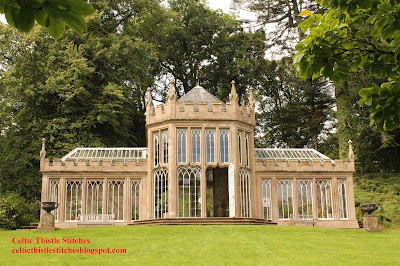 Between the Walled Garden and the Castle sits the magnificent Camellia House. The 10th Earl certainly knew how to splash the cash around, didn't he?

We decided not to see everything in one day so have left the Swan Pond, Ice houses and Pagoda for another visit. 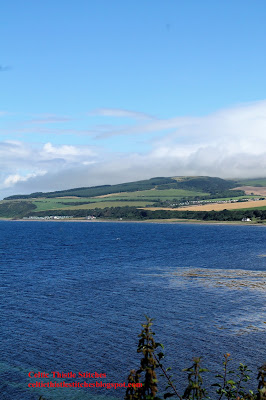 Instead, we indulged in coffee and cake in the Stable Coffee House and enjoyed the view (and the rare glimpse of sunshine!).