For those of you who regularly travel by Metro or Underground, I thought you might like a glimpse of some of the amazing Metro stations that we visited recently in Moscow. We were very proud of ourselves for managing to negotiate the network on our own, as all the Cyrillic language station signs took a bit of deciphering. However, it wasn't until we took a guided tour of the Metro stations in the evening that we realised just how stunning some of the stations are.


The Ploschad Revolyutsii station is the stop nearest Red Square, so it is probably not surprising that it is one of the most beautiful. 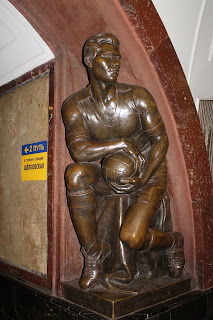 The platforms were decorated with 76 bronze statues like the one above, and even included 4 bronze hunting dogs whose noses supposedly needed to be rubbed for luck! 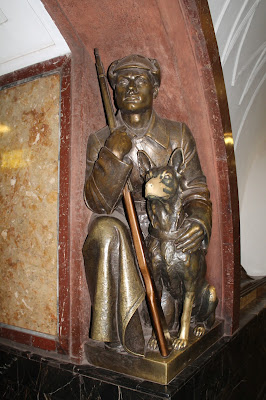 Clearly lots of Moscow commuters think they need some luck :)

My favourite station was the Kiyevskaya Station, which is the underground station for the railway line from Moscow to Kiev, the capital of the Ukraine. 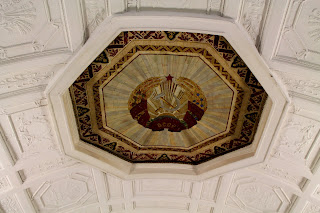 The Metro stations on the first line built in 1935 were intended to be seen as "people's palaces" and the Kiyevskaya Station certainly lives up to the billing. 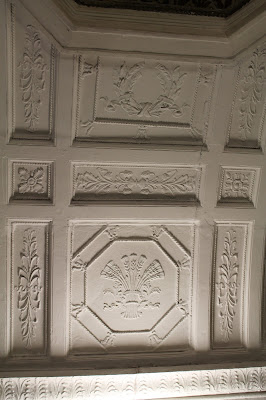 The Ukraine was Russia's bread basket so the station is decorated with wonderful plaster mouldings of wheat sheaves as you can see above, and frescoes depicting life in the Ukraine. 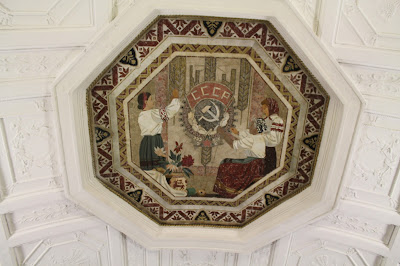 I thought at first these ladies were sewing but alas not :)


The lighting in some of the stations was another highlight, 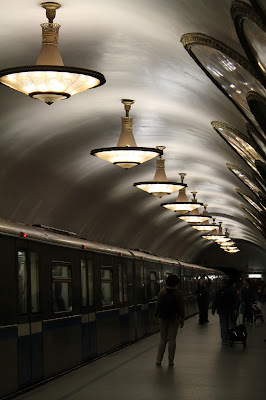 Check out the platform lighting at Novoslobodskaya Station 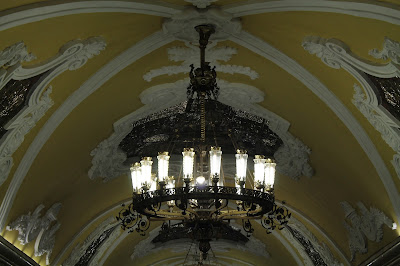 and the chandeliers at Komsomolskaya Station. I felt that I should be in a cocktail dress and evening gloves :) 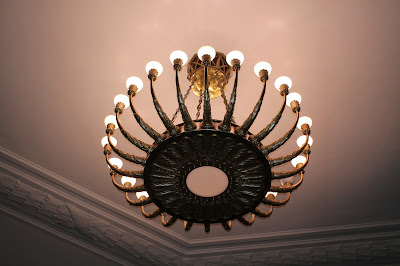 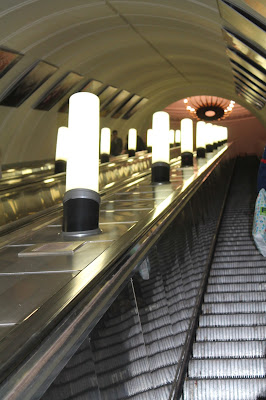 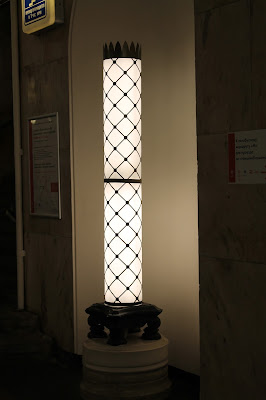 This one just made me think of Discworld!

Apparently the Moscow Metro system is the busiest metro system outside of Asia and the world's busiest by daily users, but every station that we visited was absolutely spotless so you would never have guessed. If you ever get the opportunity to visit some of the beautiful stations on the Moscow Metro, then I highly recommend that you take it. We will definitely be going back!