The opportunity to use the sports mode on my camera at Murrayfield Stadium in Edinburgh for a Six Nations Rugby game was too good to pass up.

The game between Scotland and Wales was much too tense for me to concentrate on taking photos during it. Sadly the result didn't go Scotland's way (no gloating there Catrin!) but I did get some photos taken before the nerves kicked in :)

The pre-match entertainment also included fireworks, which I attempted to get a photo of 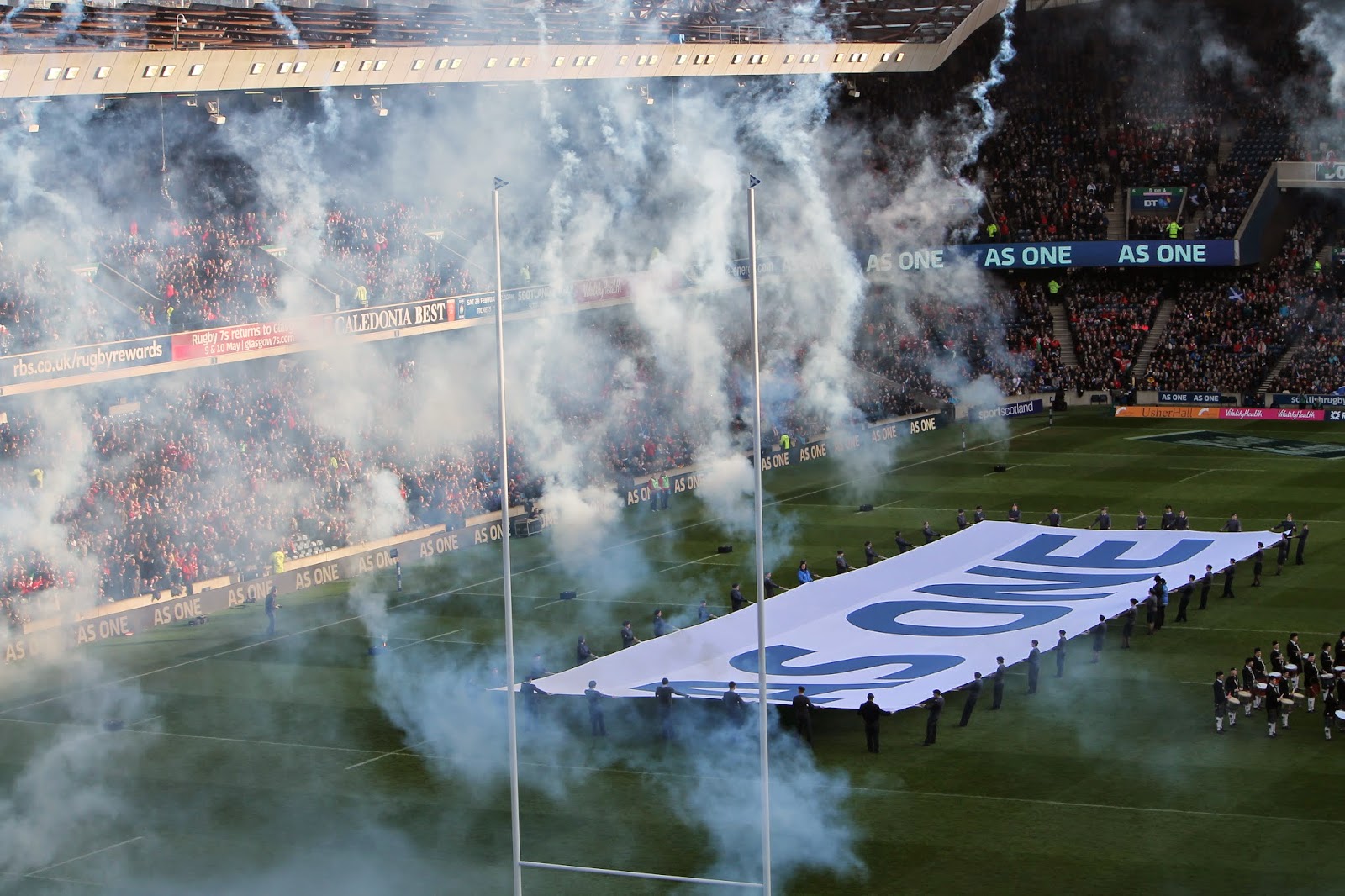 but I was so startled by the bang that I missed the shot completely!

I couldn't miss these strange fellows though 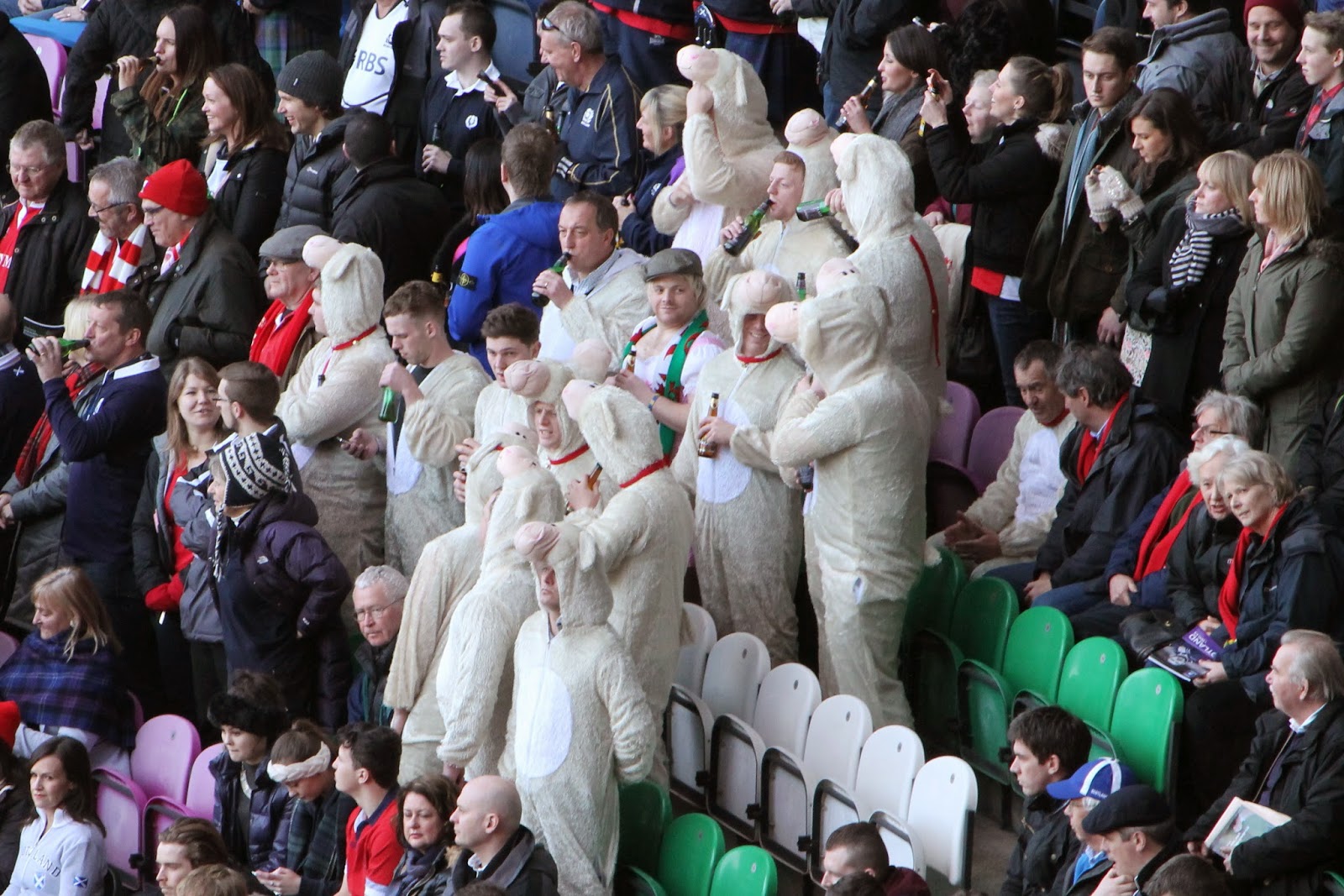 Welsh sheep are bigger than I thought :)