Since our boys were little it has been a tradition in our family that they decorate the Christmas cake on Christmas Eve.  Even when they moved away from home, first to University and then to employment, cake decorating on Christmas Eve was still mandatory :)

The cakes started out with traditional themes like polar bears and Santa's but in recent years they have gone a bit "off-piste" with the Elvis year being a particularly memorable cake!

This year, with the three of them living away from home and two of them now married there were some changes afoot in the tradition.

So, during December I made them each a plain Christmas Cake and delivered them complete with packets of coloured icing and left them to their own devices. 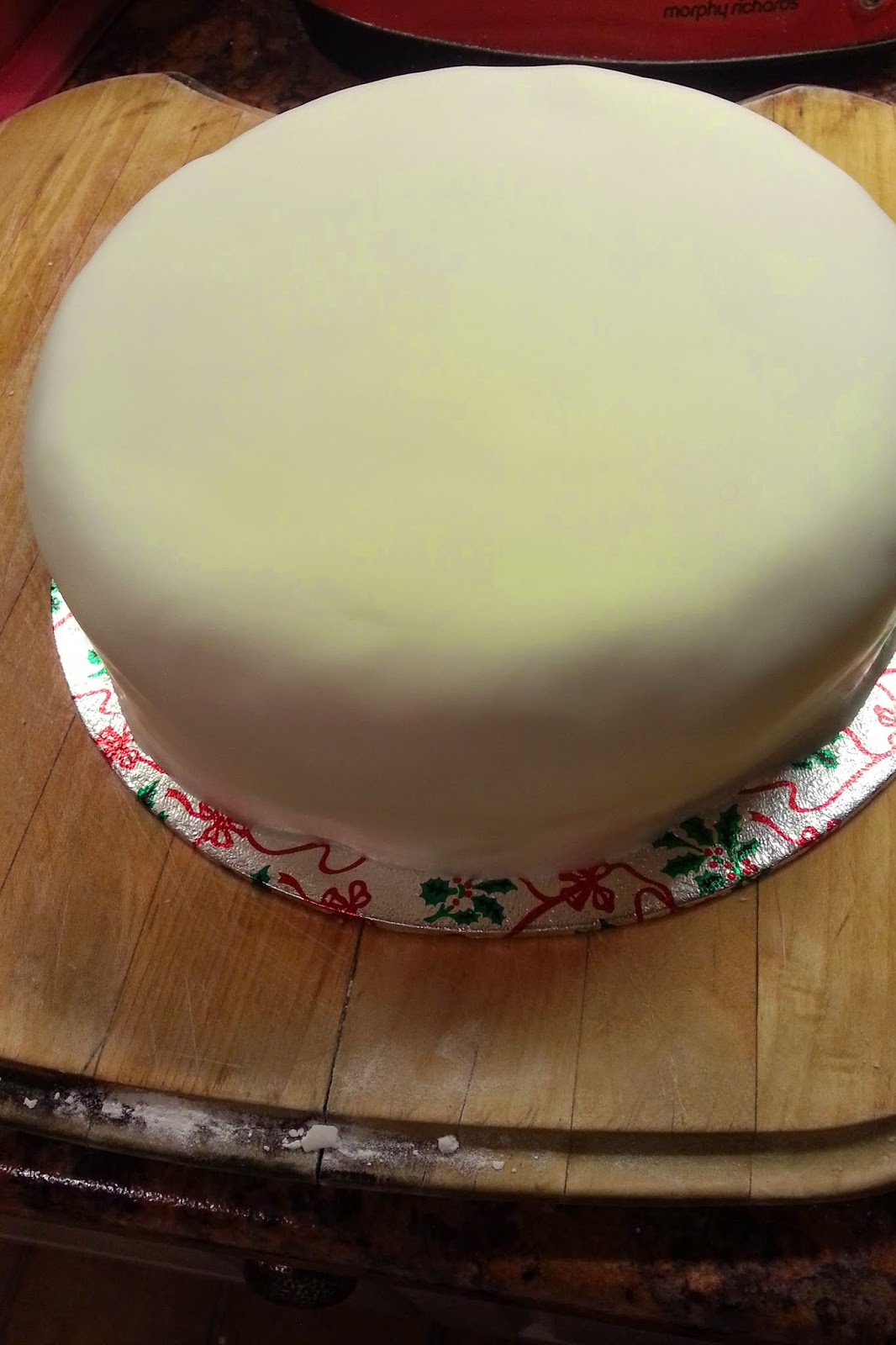 Here's what happened next! 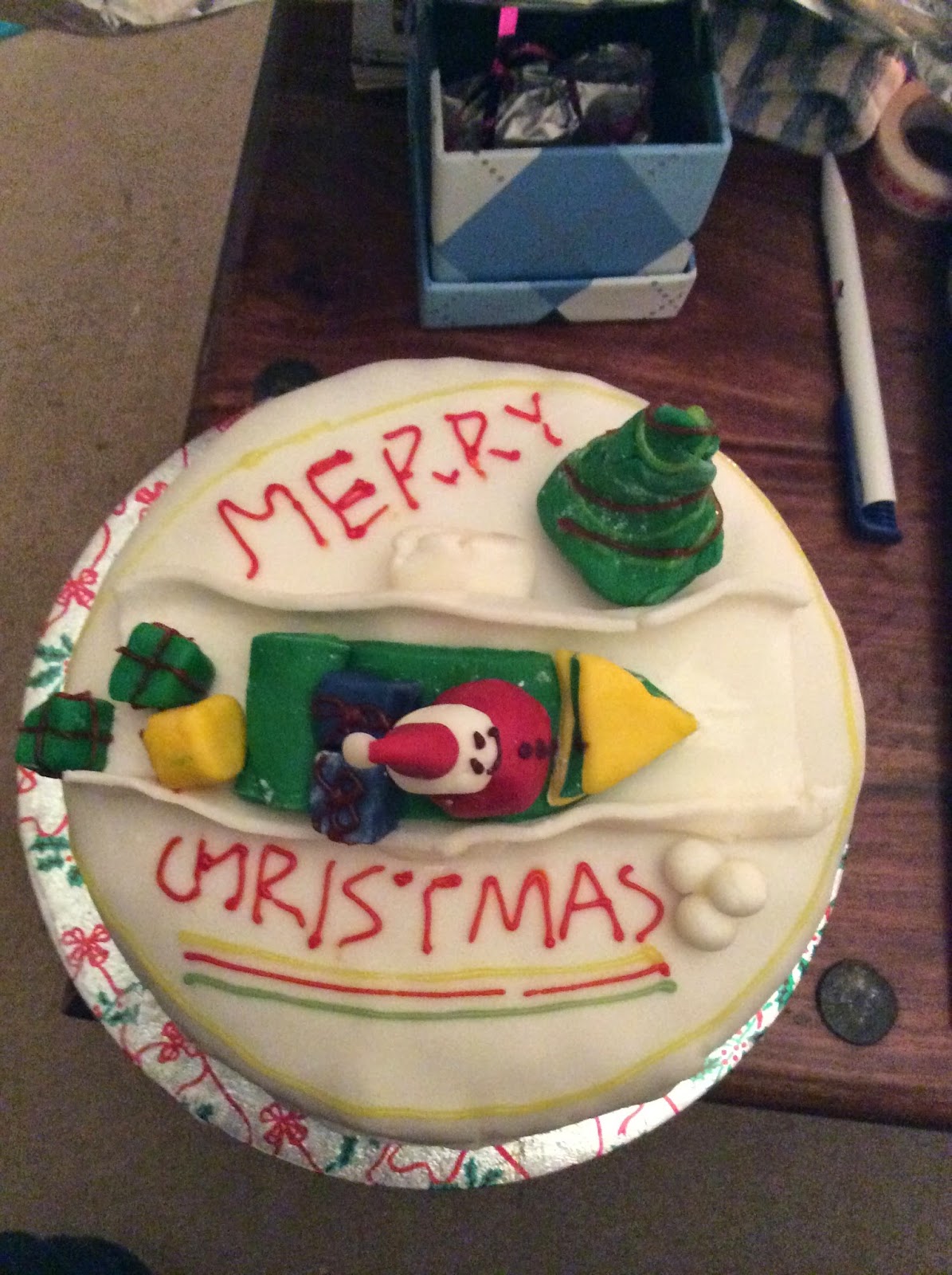 So we have Santa careering down a Bobsleigh run jettisoning presents right, left and centre! (If you haven't seen it, Cool Runnings is a brilliant film about the Jamaican Olympic Bobsleigh team)

Youngest Son went for a completely different tack altogether and opted for a Game of Thrones-themed cake! 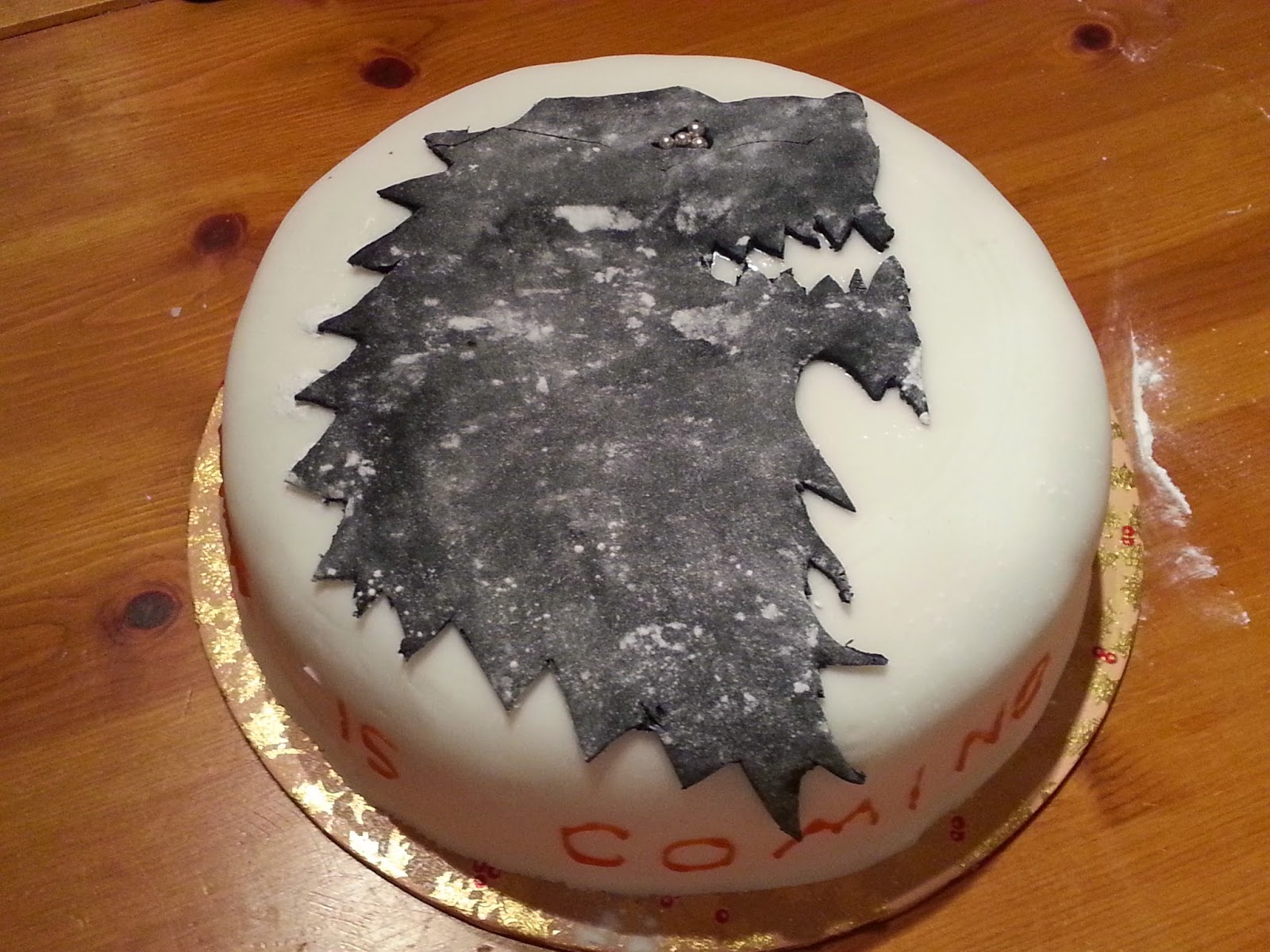 Naturally, being a Northerner, it is a House Stark cake because Christmas is Coming. (For those of you not acquainted with Game of Thrones, the motto of House Stark, who rule over the lands in the North, is Winter is Coming)

Finally, our Eldest Son and his wife got their act together and decorated their cake. Being big Game of Thrones fans too, they went for a similar theme. Living and working in the South now, our Eldest chose to ignore his Northern heritage and opted instead to represent a Southern power, House Baratheon! Their motto "Ours is the Fury" needed a bit of tweaking though, so it became "Ours is the Christmas" which suits that stag much better I think. 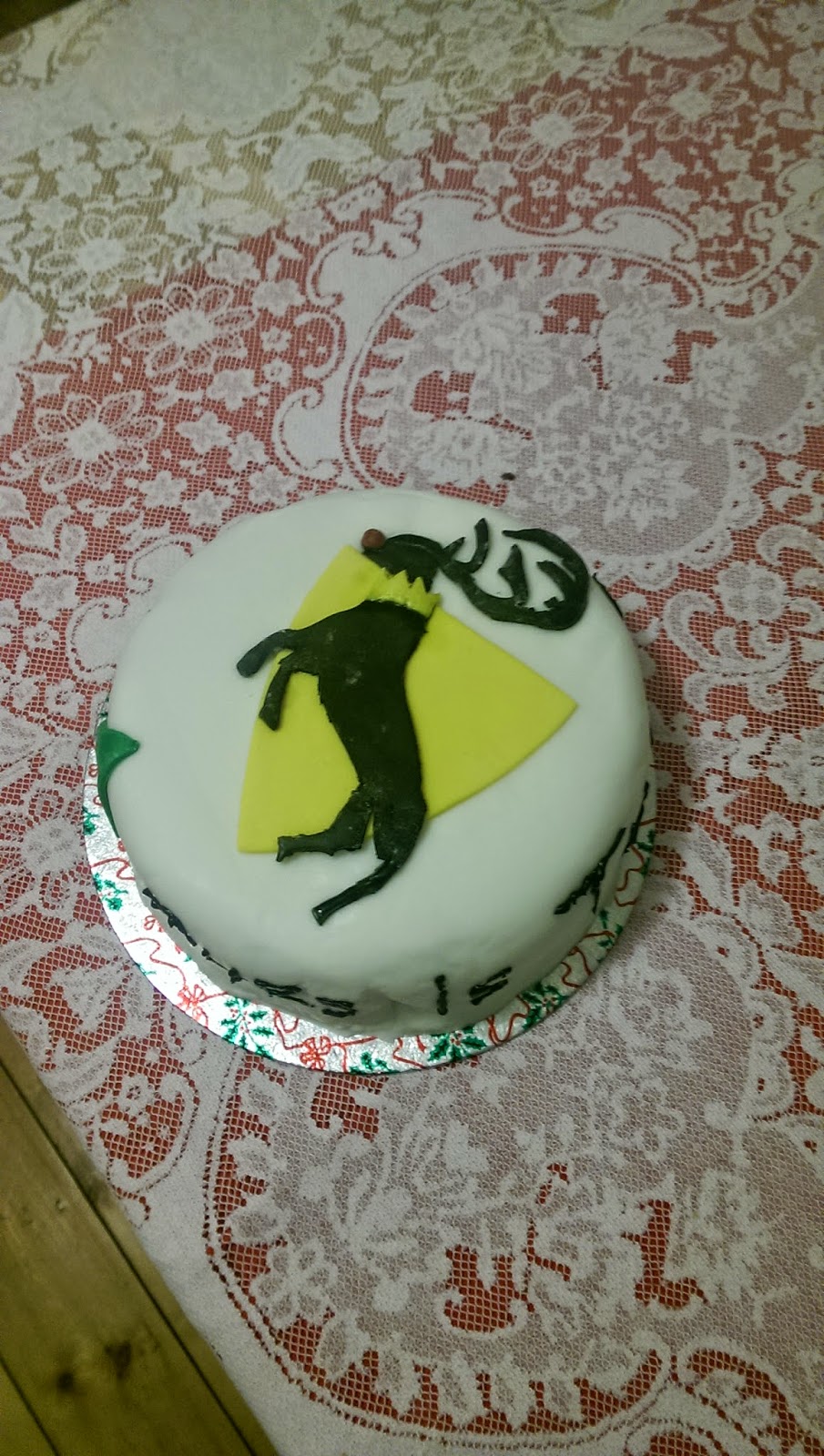 So, it looks like we have a new family tradition in the making :)

Needless to say, being boys, there was an element of competitiveness in the unveiling, so I promised them all that I would post the photos on my blog and ask readers to vote for their favourite. Naturally I couldn't choose between them :)