Last weekend I took a class run by the local branch of the Embroiderers' Guild, to work with silk fibres and stitching to create a semi-abstract landscape. Well out of my comfort zone as you can imagine :)

The class tutor was the wonderful and very patient Pat Ashton Smith who brought along several examples of her beautiful work to encourage and inspire us.

Having never taken an embroidery class, and certainly never with a group of talented embroiderers I was a bit nervous to say the least, but the ladies in the class couldn't have been more welcoming.

We had been asked to bring along a photo for inspiration and I chose a view from our recent Silk Route trip as my source of inspiration. 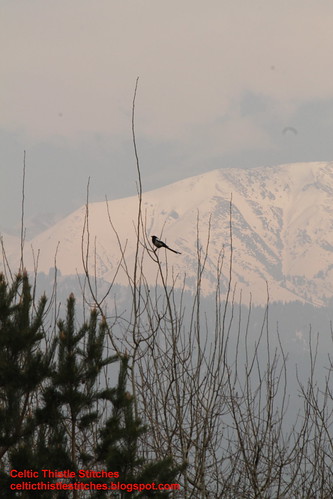 This photo was taken from our hotel balcony and shows the spectacular mountains surrounding the city of Almaty. We were fortunate enough to drive up into the mountains later that day and it was equally as stunning looking down on the city. 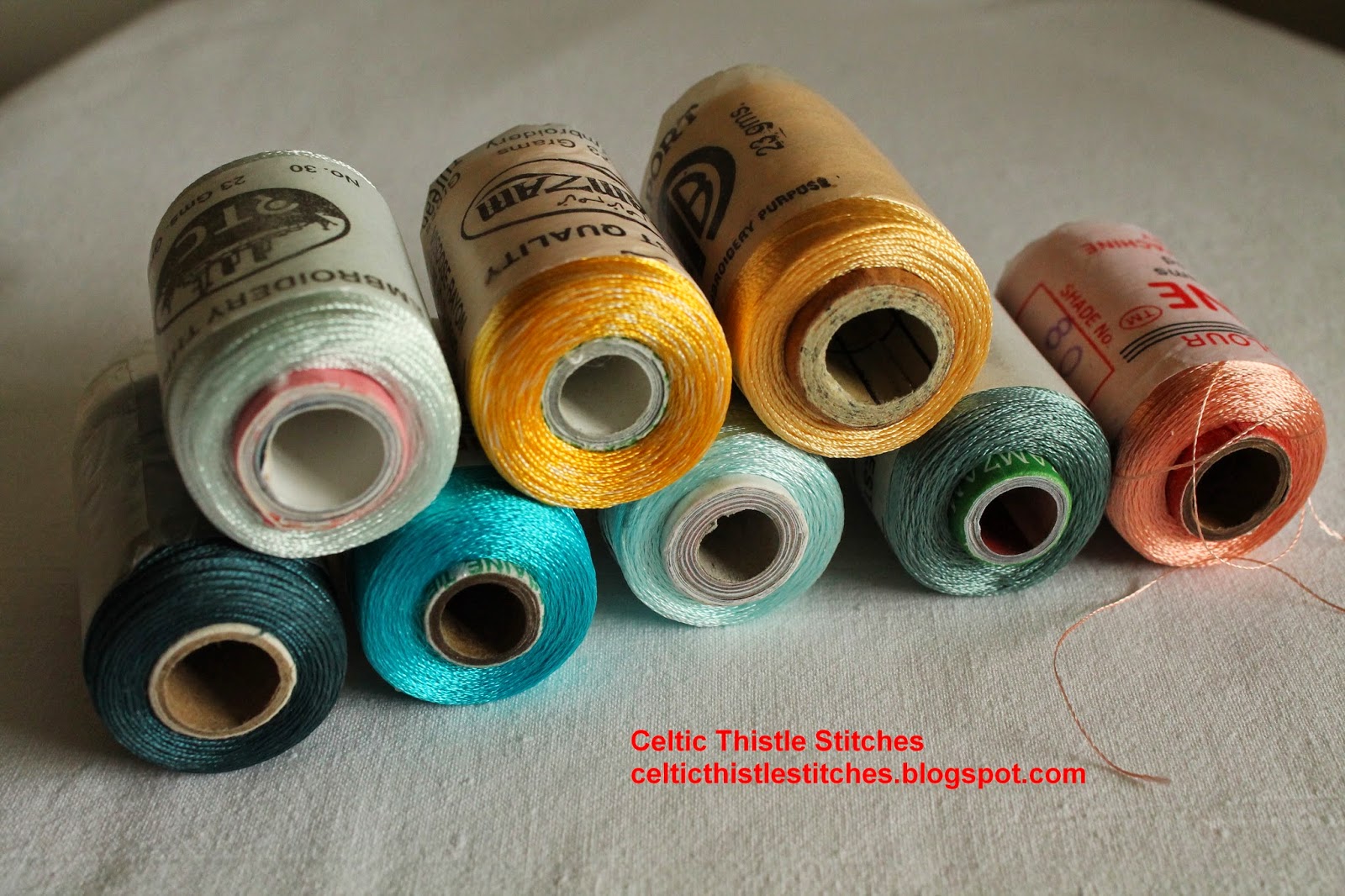 Armed with my photo and some of these lovely threads bought in a haberdashery in Samarkand, I set off to the class.

Pat provided us each with a pack of Silk Cocoon strippings, which sound much less attractive than they were! They are apparently what is left of the cocoon when the silk thread is removed and are a fluffy, soft handful of fibre. The strippings also contain a natural glue within them, which would be utilised later in the creation of the piece.

We were given free rein in the glorious jumble that was Pat's silk fibre stash, and it was as much fun as it sounds! Having picked our silks we started pulling apart our Silk Cocoon strippings to create the base of our textured landscape. 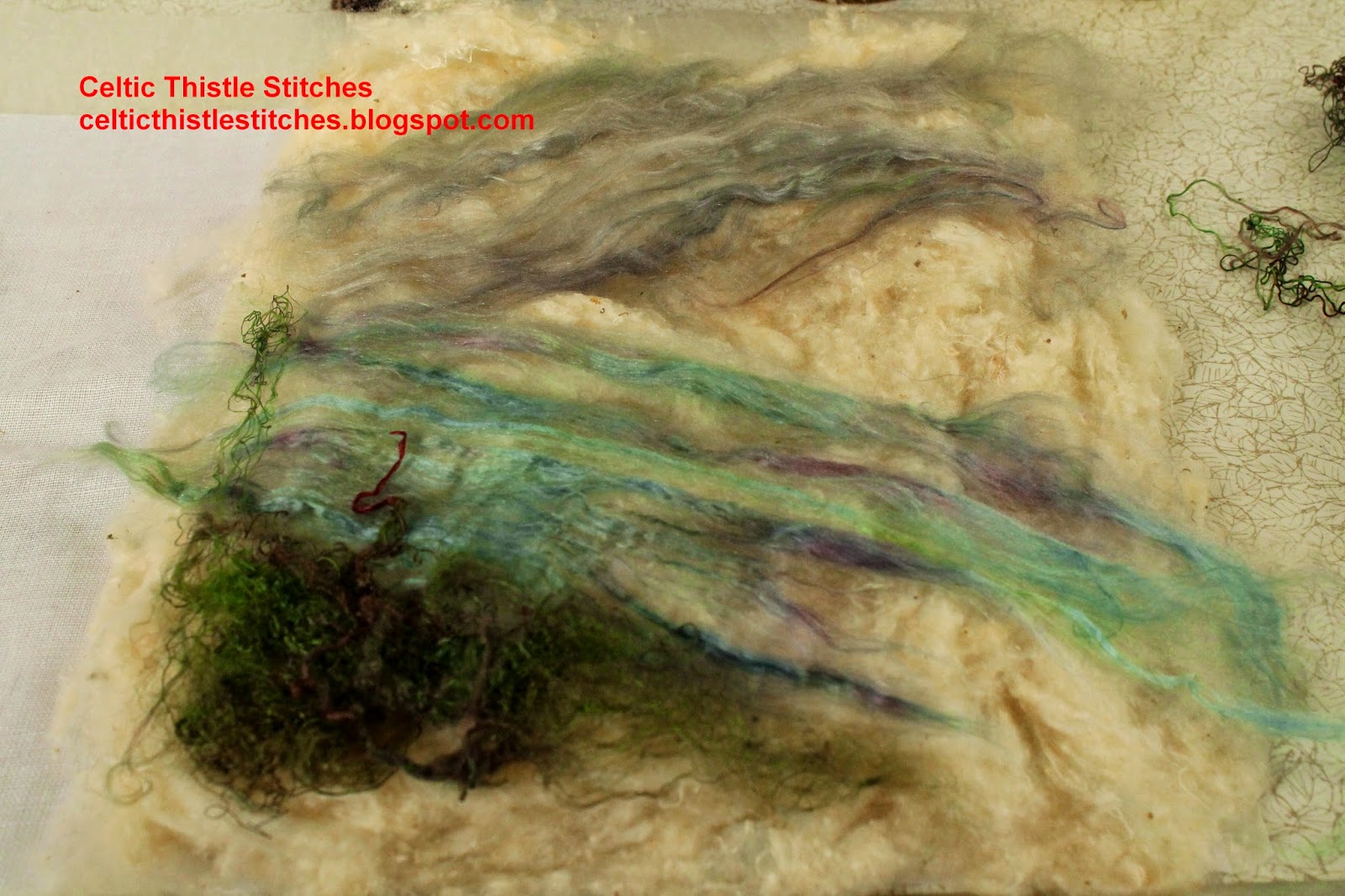 The base is built up of layers of Silk Cocoon strippings, which are then overlaid with the teased out silk fibres. The base is quite deep at this stage and certainly doesn't look like something that will lend itself to embroidery.

The magic though is in the next stage. 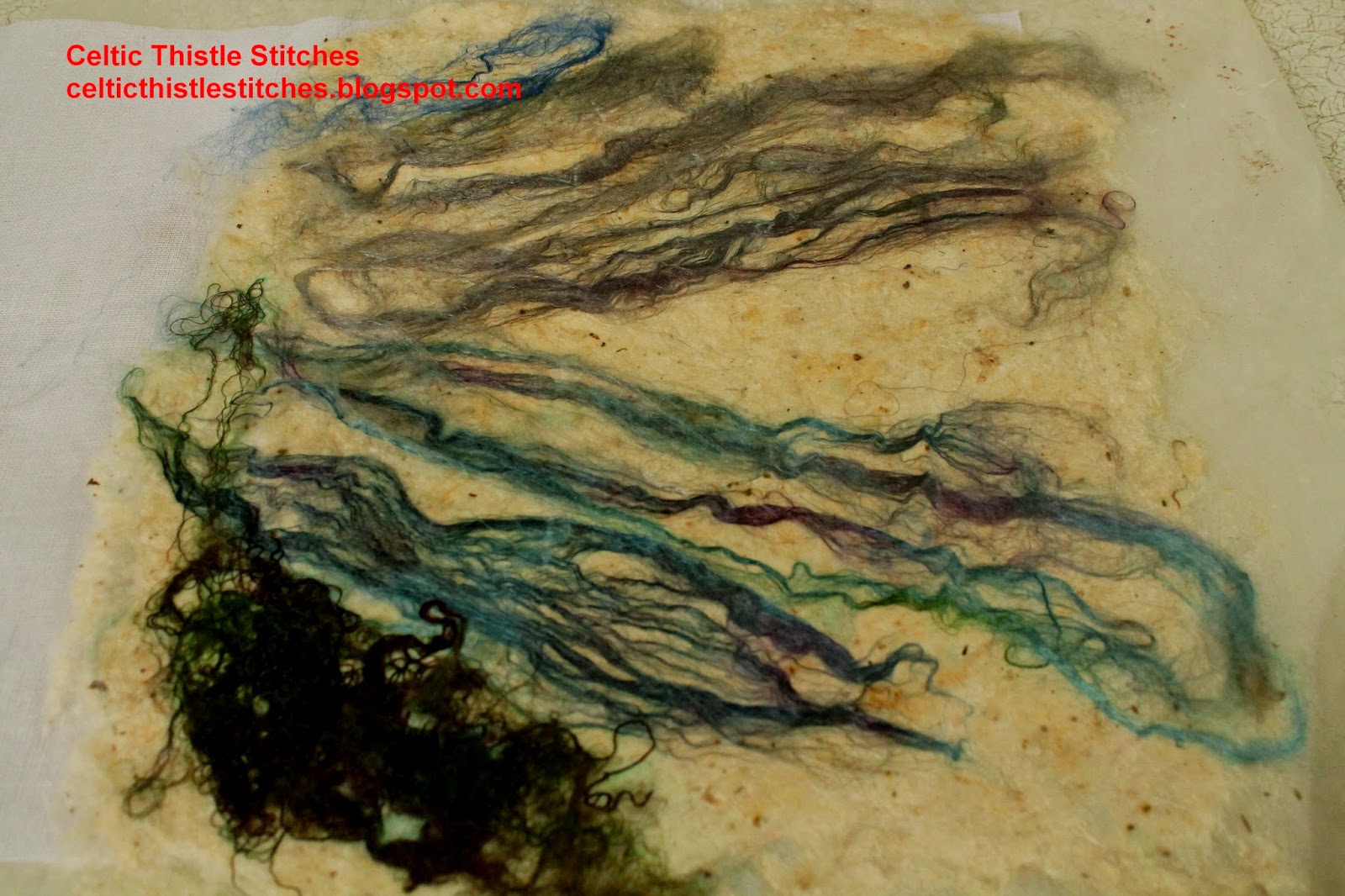 The base and fibres are sandwiched between two sheets of parchment paper and ironed with a medium-hot iron. The heat of the iron releases the natural glue in the Silk Cocoon strippings and bonds the fibres together. This was when the ladies amongst us who had been particularly generous with the application of their silk fibres learnt to rue that decision! The silk fibres only bonded where they came into direct contact with the cocoon strippings, so heavily overlapping sections were almost impossible to bond. This wasn't particularly a problem if the loose fibres were intended to be stitched down with the embroidery, but wasn't so great if they were to make up a large part of a hedge, or sky.

Fortunately, most of my fibres bonded well enough and those that were maybe a bit loose would eventually be covered up with the embroidery for the trees. 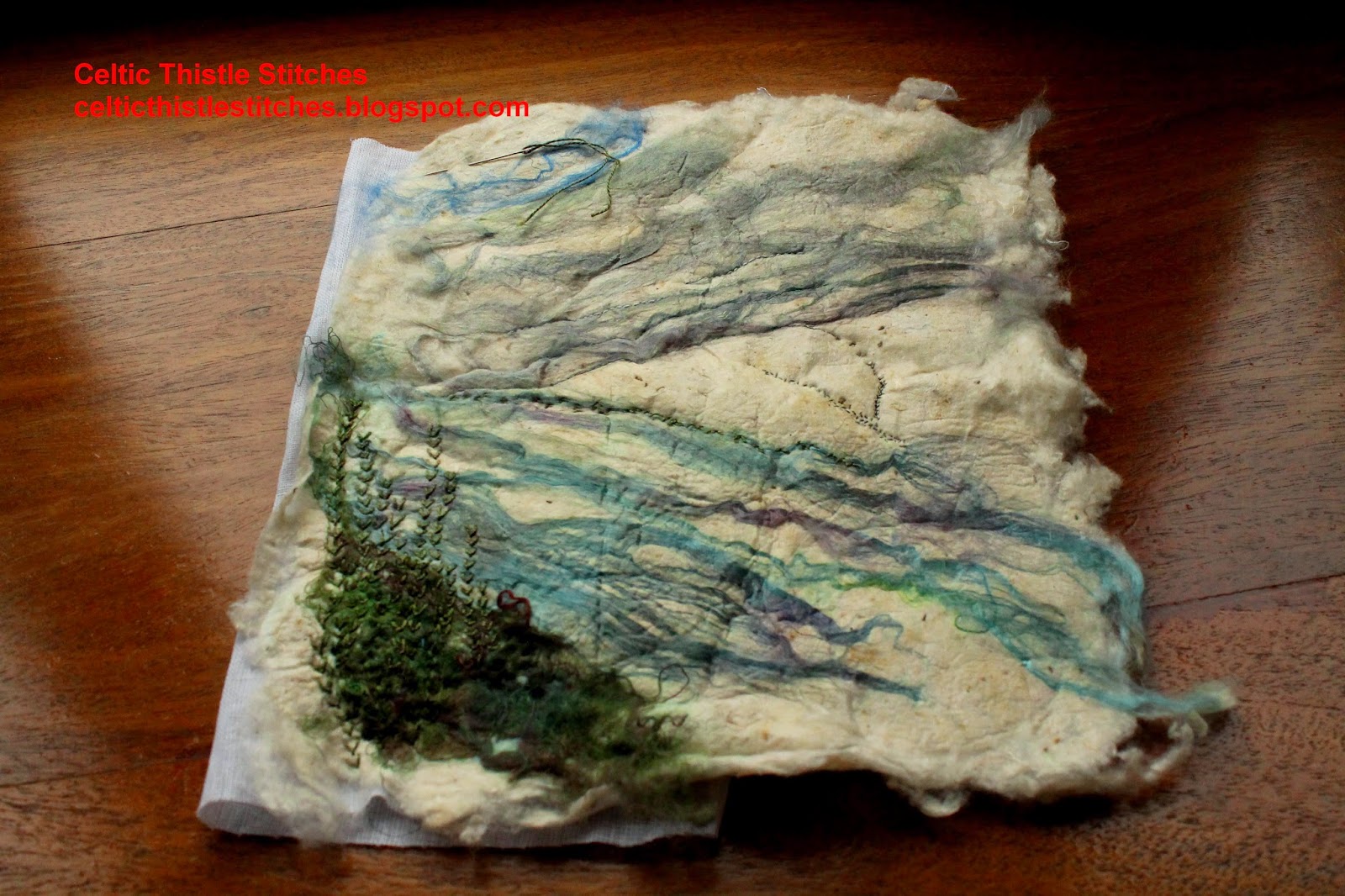 So, here is how my piece is looking now! At the class I added the seed stitching for the mountain crevices and some back stitch for the sky. At home I have enjoyed using some variegated threads purchased at the class to add in the trees, I have no idea what the stitch I have used for them is called as I discovered it in a quilting and embroidery book that I bought in Tallinn, so the text is all in Estonian! I am sure someone will rectify that when I go to the next class though :)

Next up is some more stitching for the bare branches in the foreground and to work out how to add the magpie! All suggestions welcome :)