B is for Bread, Brass and Bukhara

Don't worry I am not going to work my way through the alphabet with posts about our Silk Route trip, but I couldn't resist this one :)

Our first stop in Uzbekistan was the stunning city of Bukhara, which I have to admit that I had never heard of before our trip. Before the trip I thought that Samarkand or Tashkent would be the highlights of the trip, but in fact Bukhara was by far our favourite stop. 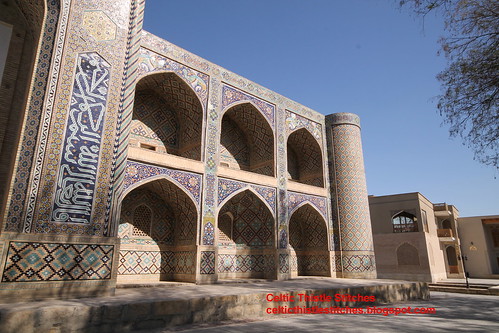 Certainly an abundance of buildings like this Madrassah above contributed to our enjoyment of the stay here. The Madrassahs, of which there were several in the city, were built as Higher Education institutions for students of subjects such as theology and law. Each one we saw was more stunning than the last, and as you can probably see in the photo above, there was no end of quilt pattern inspiration in the tiling! 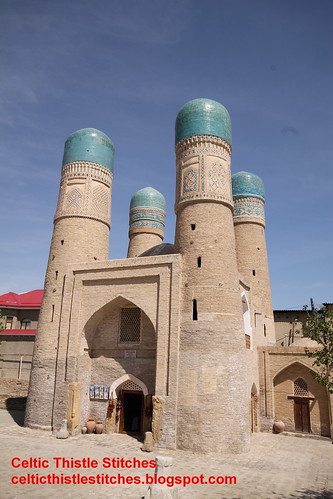 Although not as lavish as many, the Chor-Minor Madrassah above was one of my favourite buildings in Bukhara. Compared to some of the more flamboyant buildings around it was very understated, and comparatively recent in that it was only built in 1807, but it was a little, hidden gem. The building you can see was actually the gatehouse to a much larger Madrassah, which has since been destroyed. The four Minarets, which give the building its' name are said to represent the four major religions, so the tiling decorations on each are slightly different - even more quilt inspiration!

And how about bread as a source of quilting inspiration too? 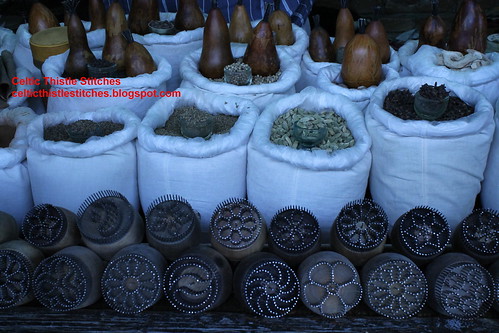 The stamps on the spice stall in the market are used to stamp the local flatbreads, but wouldn't they make great quilting stencils? 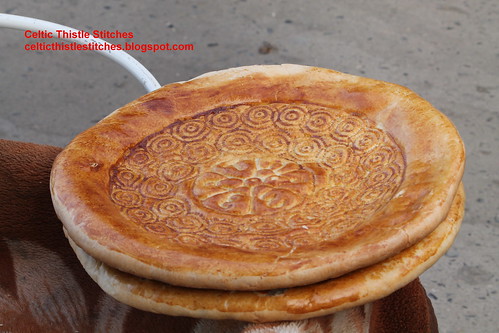 This is what the bread looks like after it has been stamped and baked, and delicious it was too. There were all sorts of customs about how the bread could be broken that were soon forgotten once the smell of the fresh bread hit at mealtimes :)

On a stall not far from the spice stall I came across these wonderful sewing aids! 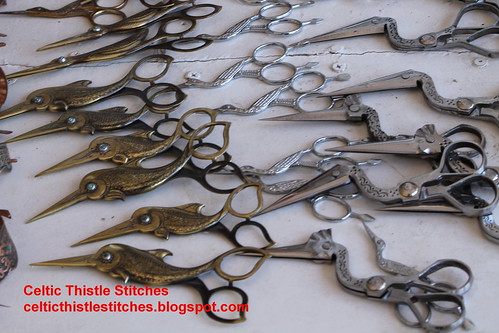 I am sure you will not be surprised to hear that a couple of them might just have found their way into my suitcase :) I am pleased to report that they are functional as well as beautiful as they are as sharp as a razor.

I shall just close this travelogue post with a few more views of the stunning sights to be seen in Bukhara. 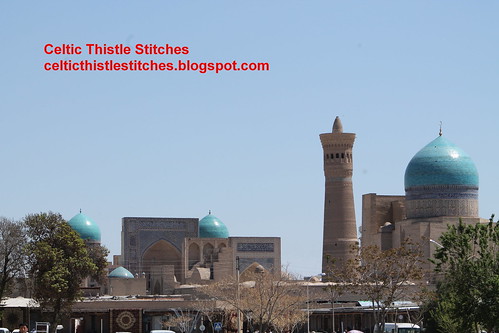 The Samanid Mausoleum, reputed to be the most beautiful and precious building in Central Asia 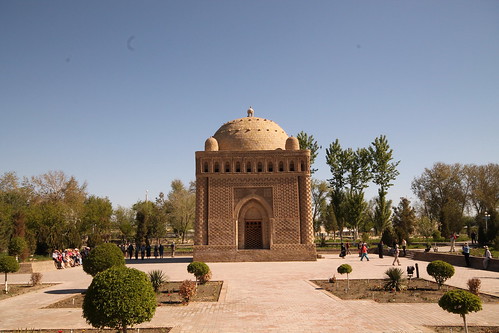 and the Kalijan Minaret, known as the Tower of Death due to propensity of rulers to throw criminals from the top of the tower to their deaths. The last recorded execution happening as recently as 1920, during the Russian Revolution. 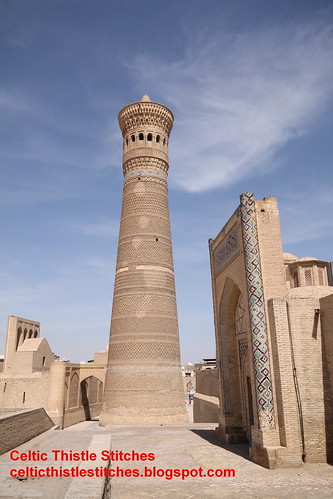 Hope I have given you a flavour of this wonderful city, it is definitely one to add to your bucket list!