There has been a lull here in the randomness for the last couple of weeks and here are some of the reasons why :) 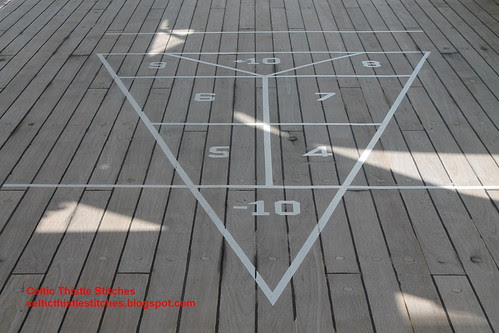 Did you know that the puck in Deck Shuffleboard is called a biscuit? I didn't either but I suppose when you look at it it is not that difficult to imagine why they decided that. Apparently the game was played by Henry VIII, who is recorded as having lost £9 to a courtier over a game, which sounds like a lot of money for the time. 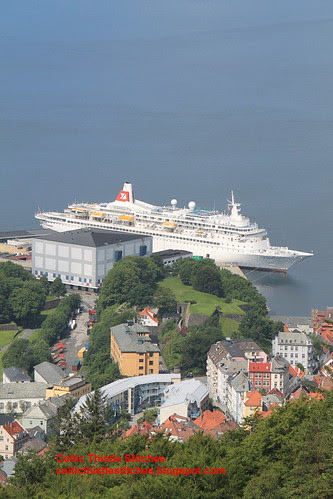 I don't know how many biscuits my 800 fellow passengers and I got through ( I am guessing a lot!) but I do know that between us we managed to consume: 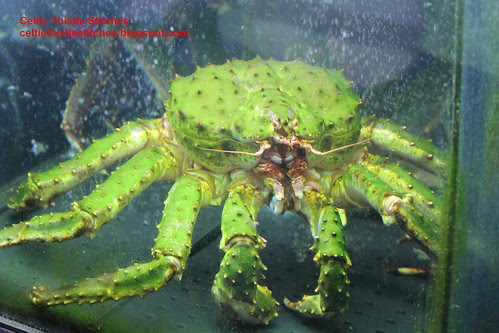 This magnificent creature didn't feature on our menu, although he presumably has on another menu by now. He was for sale along with his fellow King Crabs and other wonderful seafood  in the Fish Market in Bergen, Norway and this photo was taken especially for our youngest son, who as you know doesn't like food that moves!  Apparently these King Crabs can grow to have a leg span of 6 feet, now that really would freak him out :) Showing him a photo of one that size would have been cruel!

Not as cruel as the local dockers who, whilst doing this on our return home, 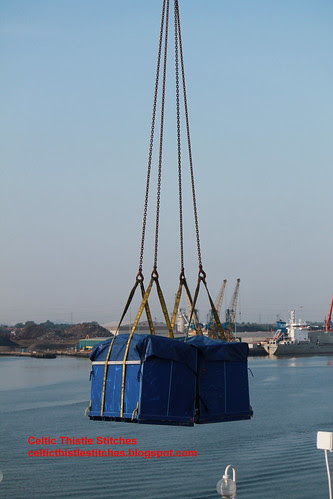 managed to do this to my case! 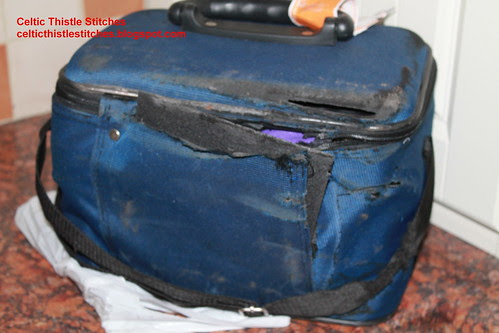 Incredibly the glass cosmetic bottles inside survived intact. I have had this case for several years but until now, had never had an opportunity to use it so this holiday was the one and only outing :(