I just had time before the sewing machine was packed away for the move to catch up on my (late) block for the Star of Africa Bee. Benta, whose month it was, is planning to put the blocks together for a quilt for her upcoming Silver Anniversary in March. She asked for a wonky star block made up of four 8.5" blocks with a central 8.5" block to represent each member's country or culture. The thought of making 5 blocks had put me off tackling this in the run-up to the move, so although I knew what I planned to do, I just didn't think I had the time to do it. 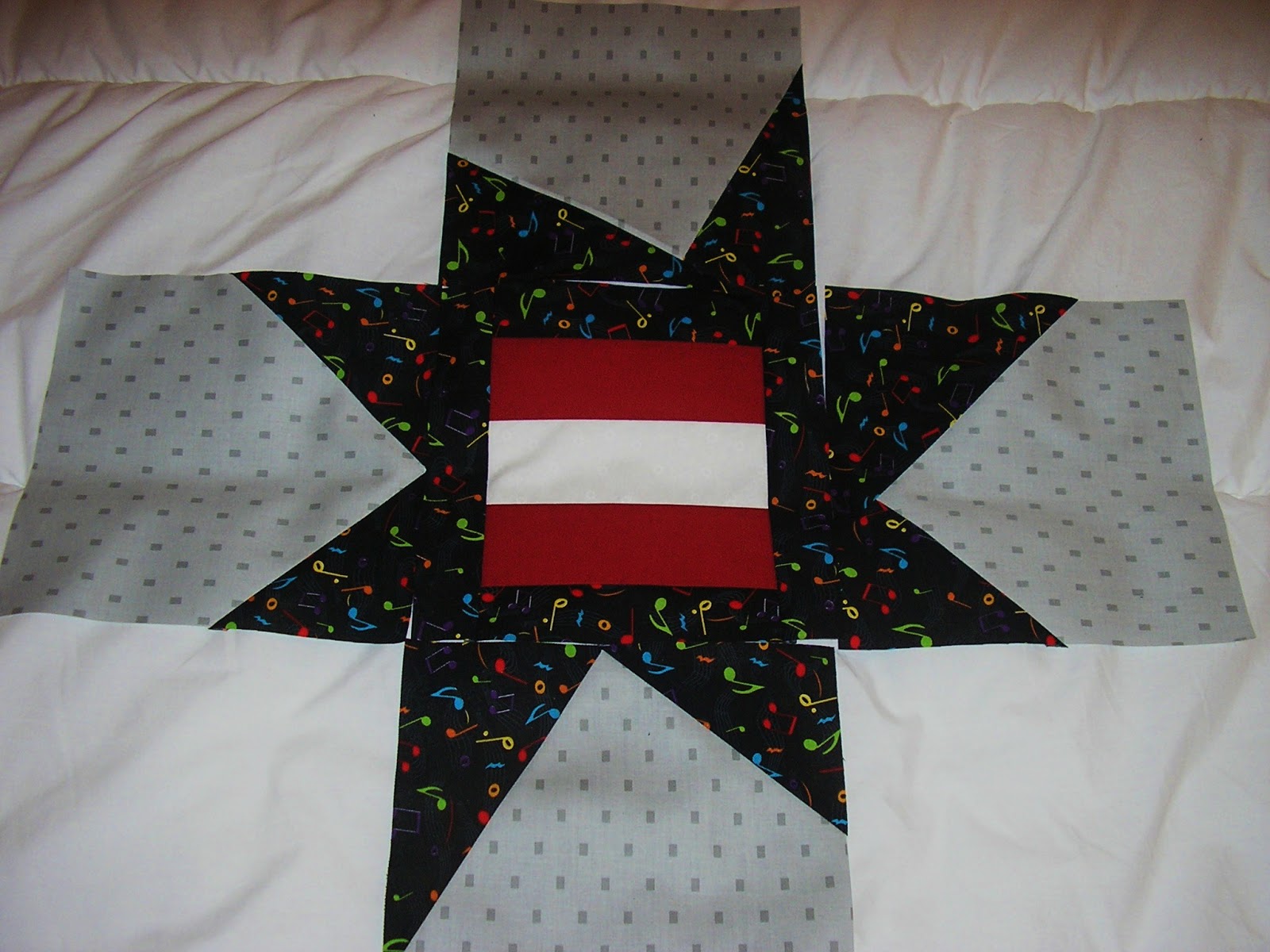 As it turns out it wasn't such a difficult block after all! Although it probably helps that the centre block, representing the Latvian national flag was pretty straightforward.

The fabric surrounding the flag and the star points is of musical notes on a black background. You can see it more closely below. 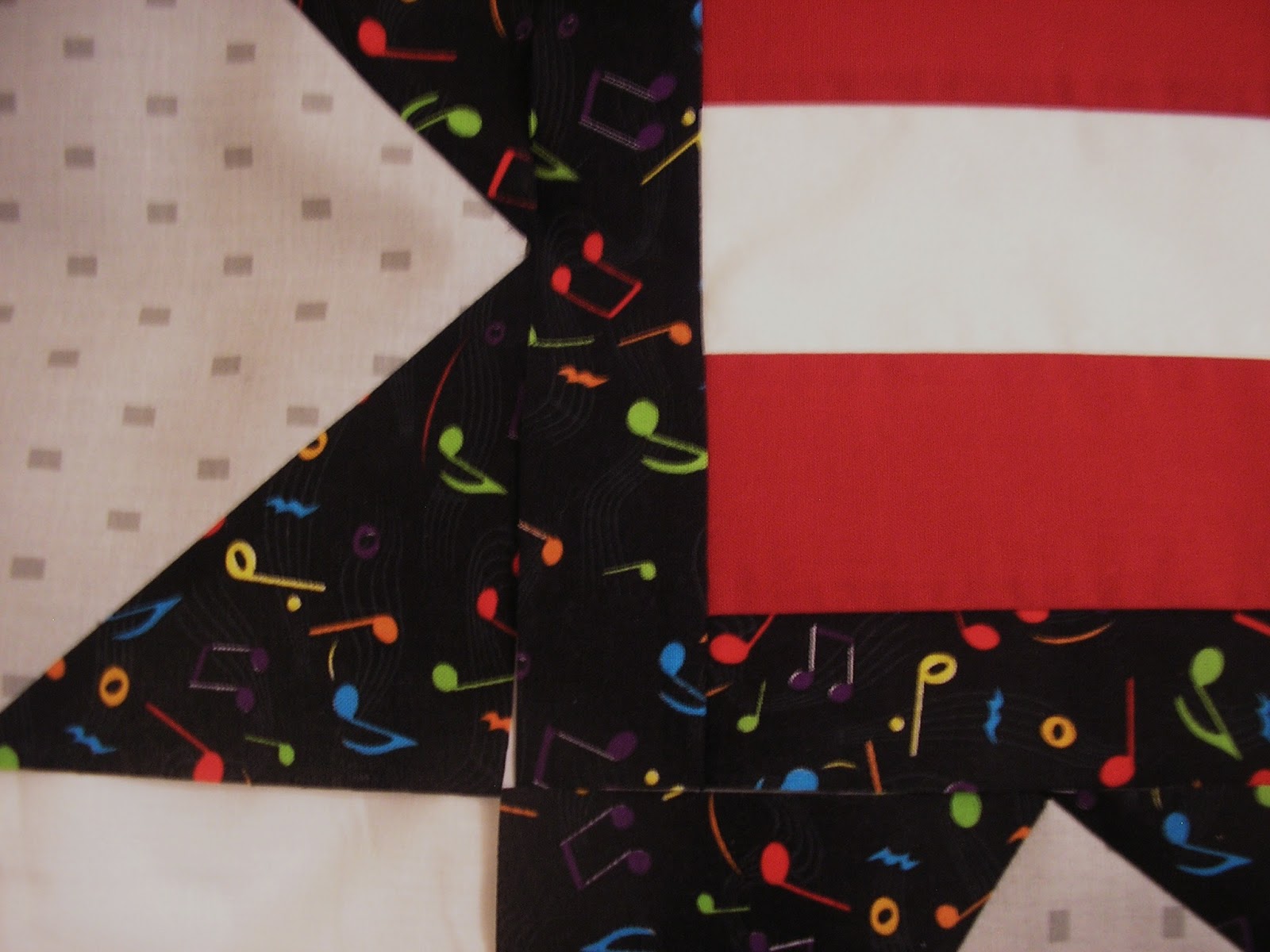 Music is very much part of the national identity here in Latvia. Indeed the events leading to the independence of the Baltic Nations, Latvia, Lithuania and Estonia between 1987 and 1991 are known here as "The Singing Revolution". So it seemed fitting to incorporate the national Flag and music symbols in one block to represent Latvia.

Each month in the Star of Africa Bee, I think I am never going to come up with something appropriate for the Queen Bee, but so far so good! This month Nicky has asked for blocks based on local fairytales or legends and thanks to my lovely blogging friend Kristy, I already have something up my sleeve for that! That will definitely have to wait until my fabrics are unpacked again though.

These fabrics won't be among those being unpacked but you can see why I just had to make one last trip to the linen shop in Lithuania :) 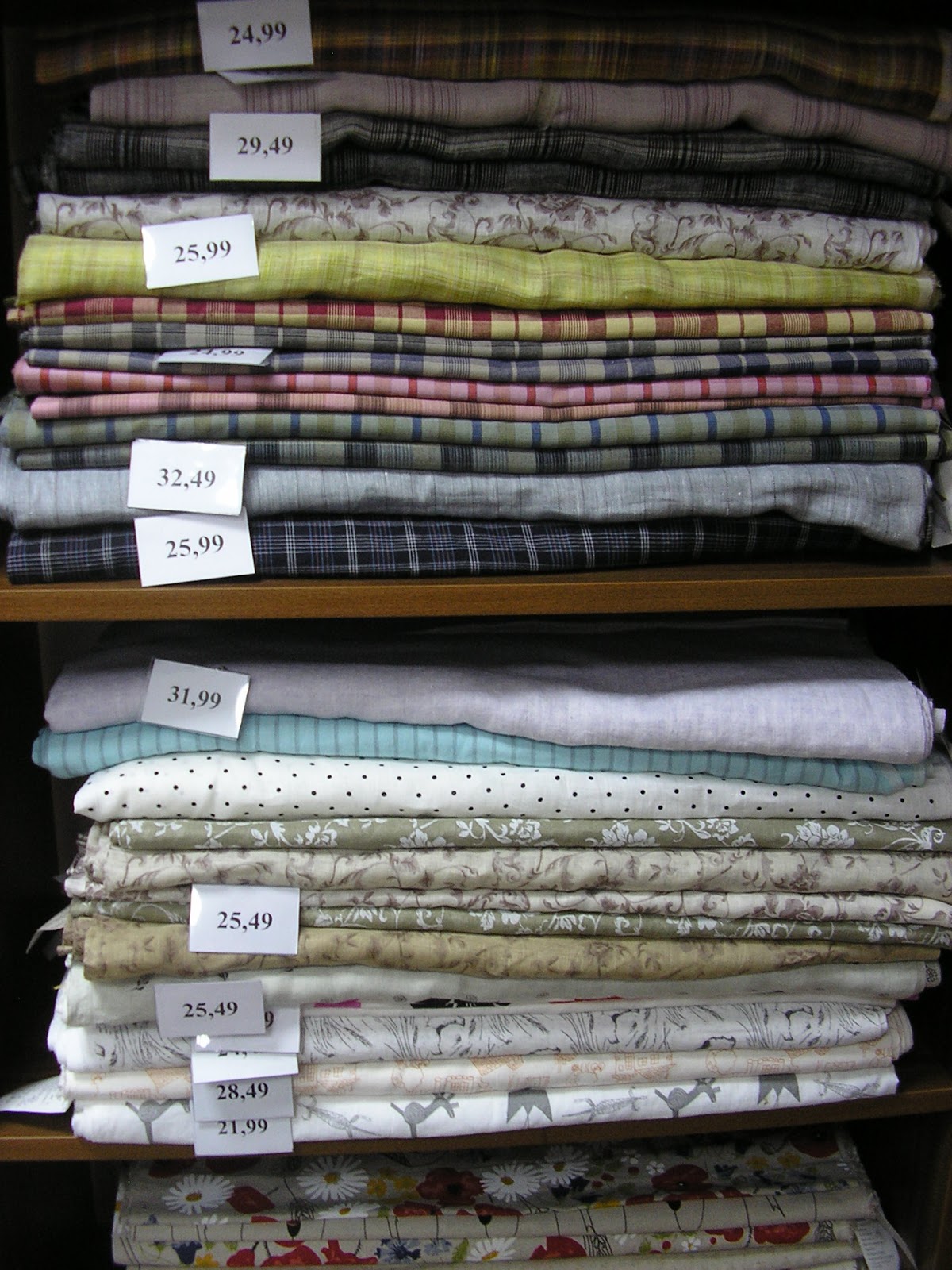 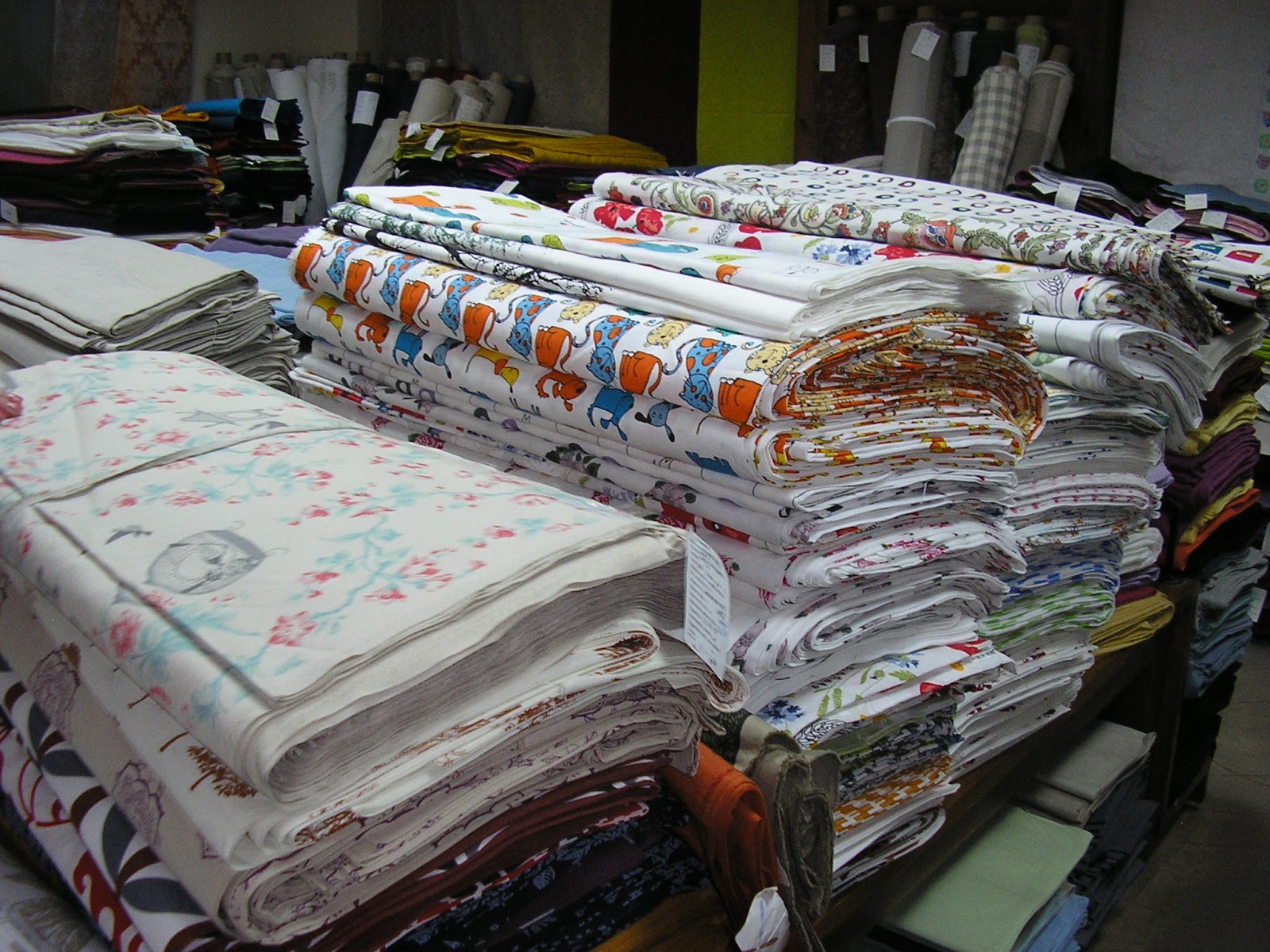 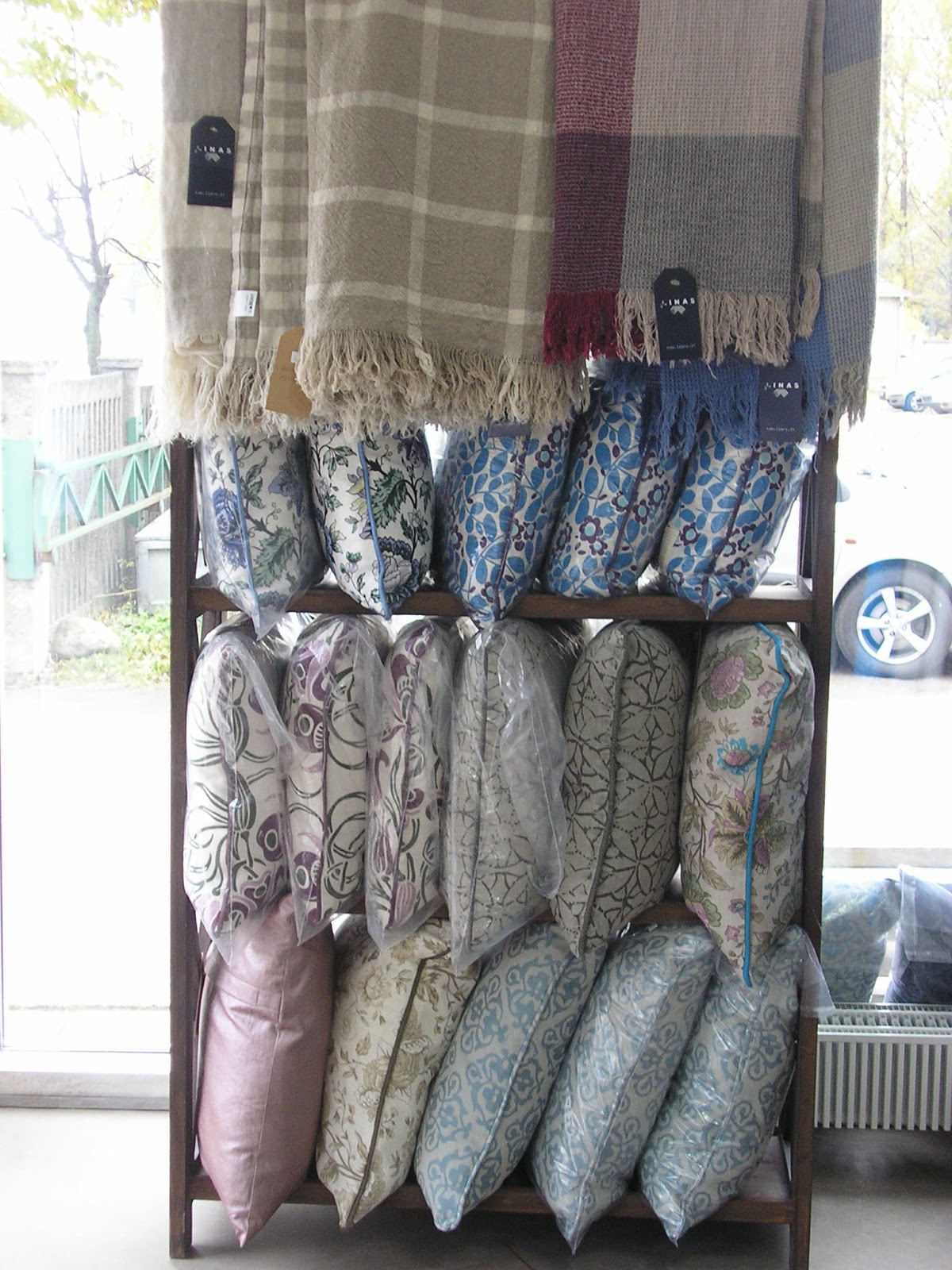 Actually when I look at those photos more closely I think some of them might have made their way into a box.


If you are a vintage fabric fan or love the DS quilt fabrics by Denyse Schmidt, check out the giveaway and money off coupon that Karen is currently running to promote her new Etsy shop.

Finally, here are this week's stops on the Travellin' Pic Stitch Blog Hop

Linking up to BOM's Away and Building Blocks Tuesday.
Posted by Celtic Thistle at 05:00