Have you ever been halfway through a project and wondered why you ever started it? Well, that is where I was with my latest project for 12 WIP's in 2012.

At the beginning of the year I committed to making a bag from Amy Butler's Style Stitches book, having only made the Origami bags since I bought it (and let's face it you don't really need this book to make them!) the book was turning out to be an expensive ornament! 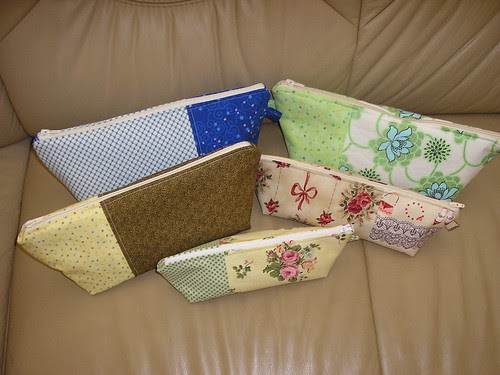 I have been putting this off but couldn't put if off any longer as it was the only one of my remaining WIP's that I could reasonably complete in the time I had available. To be honest I had been underwhelmed by Style Stitches when I first looked through it so hadn't had much in the way of motivation to get cracking on anything. I think that part of the problem was the text heavy instructions. Style Stitches is full of arty photographs of the models and even of the completed bags, but completely lacking in photos of the techniques or process involved in making the bags. The odd hand-drawn illustration here and there just doesn't cut the mustard as far as I am concerned.

I decided that I would have a go at the Miss Maven Ruffled Handbag, it didn't look too complicated! Hah! First problem was that I didn't have the double-sided fusible Pelltex called for, but I did have double-sided Ultra Firm & Flex, so thought that would be a good enough substitute. Well it was, but it was a real pain trying to fuse the fabrics as the Ultra Firm & Flex doesn't have a protective backing like the Pelltex has, so fusing only one side at a time per the instructions wasn't too straightforward! Lots of peeling the fused handle off of the pressing cloth was involved.

Making the body of the bag was straightforward although now that it is finished I really don't like the large inner pocket, it is just too big even although it is stitched in the middle. It runs the width of the bag including half of the side so it gapes too!
That as it turns out was only the beginning of my problems with this bag. Attaching the handles to the main bag and lining was tricky as not only were there curved seams involved but the double thickness of the handles with the Ultra Firm made manoeuvring the pieces under the needle difficult. Seams were ripped several times! Then this happened 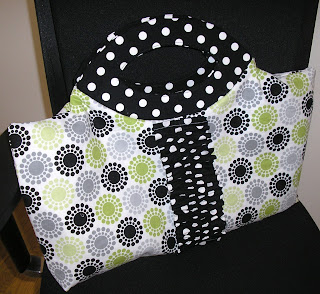 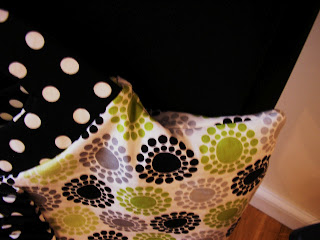 The instructions for this part were to "Pull out the remaining top edges of the exterior and lining main panels on each side of both handles. Match the top edges, and pin the top edges together." Now tell me that I am not the only one who would have matched the lining pieces together and the exterior pieces together. OK maybe I am!! I did try and convince myself that I could use the bag like this, but only managed to remain convinced for 30 seconds before reaching, yet again, for the seam ripper :(

By this time I was determined to beat this bag, and really pleased that I had followed the previous instruction to stay stitch the curved edges, as they were taking a real hammering with all the seam ripping going on.

Finally I ended up with this 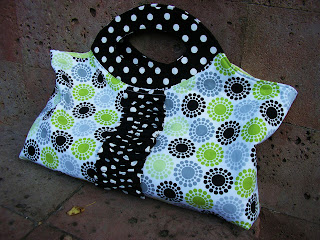 The instructions tell you to attach the magnetic snap tabs when top stitching at the end, but I think it would have been better, and easier, to attach them when attaching the lining and exterior together. This by the way is the small bag,  you could probably use the large one to carry a small child if this one is anything to go by.

I suspect that all of this means that Style Stitches will revert again to gathering dust on my bookshelf.


Hope you spent less time ripping and more time sewing than I did this weekend :)