In a bid to catch up with my Bee commitments before the family arrive and chaos ensues I have been tackling some old and new favourite blocks. 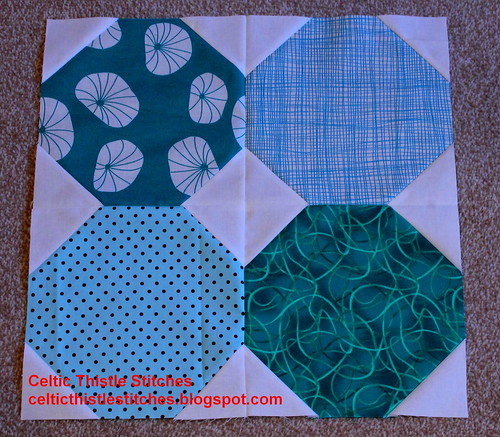 Hannah asked for blocks in blue, aqua or green so this should fit the bill. 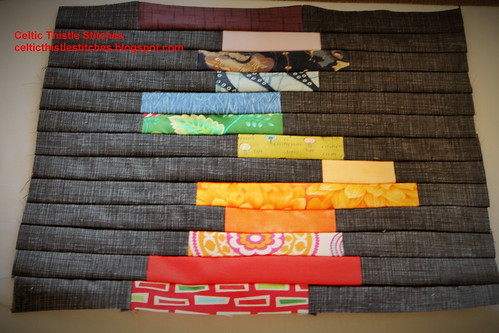 I had never tried a stacked coin block before and have to confess that I did have to redo one of the strips as the rainbow coin ended up levitating in mid-air rather than stacking! Aside from that small hiccough it was fun to put together.

My final block, I am ashamed to admit was due in November and whilst holidays and present delivering around the country was part of the reason for the delay it wasn't the entire reason.

Nicky asked the  Siblings Together Quilting Bee members to create a block that called for sewing a partial seam. Having never attempted partial seams before I was a bit wary of the block, so procrastinated for quite a while before finally managing to put aside enough time to get my head around joining up half-stitched seams.

Thankfully, it all worked out rather easier than I had anticipated and here is the result. 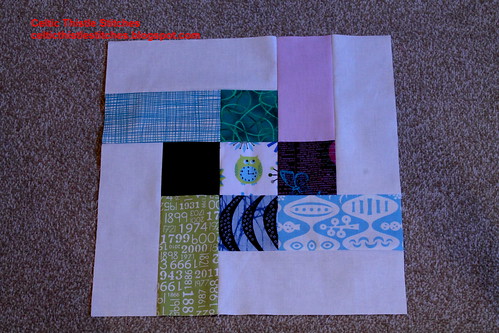 I am not so sure that I would be up for making a quilt load of partial seam blocks, but I am delighted to have finally attempted and, if not mastered at least overcome the fear of partial seams!

Please tell me that I am not the only one who was wary of attempting blocks with partial seams :)