One of the joys of moving to a new neighbourhood is having a new place to explore and now that (most of!) our boxes are unpacked that is exactly what we have been doing.

We have discovered that every Sunday a group of model boat owners meet at a boating pond nearby to put their boats through their paces, so one fine Sunday recently we strolled over to have a look. 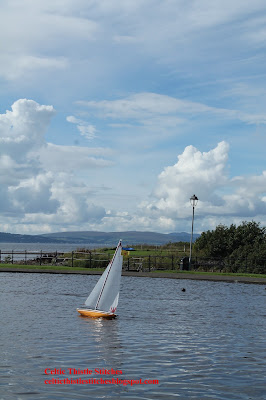 These are definitely a step up from the toy yachts I remember from childhood! 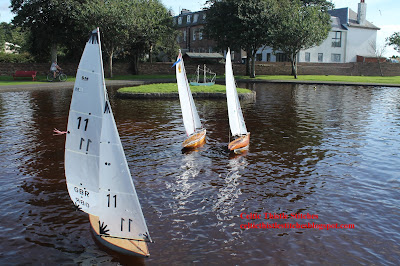 Sailing without getting your feet wet :)

The town where we now live is the site of a battle in 1263 that led to the end of Viking influence over Scotland. This being Scotland the weather was as much of a factor in the outcome as the actual fighting! 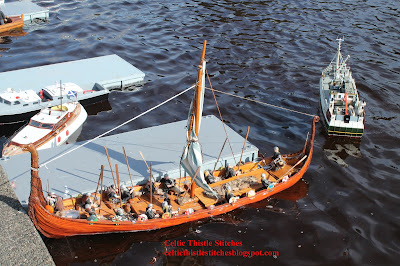 Now, of course, instead of fighting the Vikings we celebrate them so naturally a Viking longboat plies its' way amongst the yachts and trawlers on the pond :)

In fact the town celebrates its' Viking heritage with a Viking Festival every year, which was held a couple of weeks after we moved here.

So, along with a Viking Raiding party 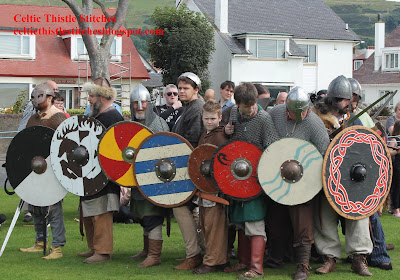 we were treated to the sight of a (not so Viking) Aerobatic Display. 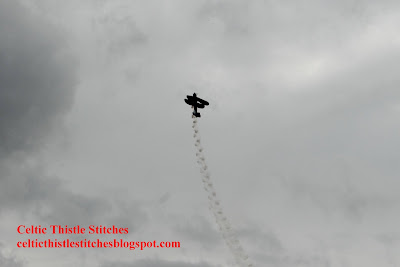 What goes up must come down! 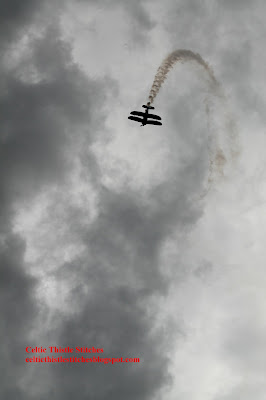 Don't think that fire engines were around in Viking times either but they found their way into the parade anyhow too :) 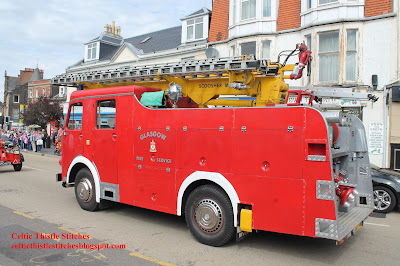 Now that all the excitement (!) is over for a year we are no longer being treated to the sight of Viking warriors wandering along the Promenade back to their Viking village hut in the morning with the daily paper tucked under their arm :) It was a very incongruous sight the first time I can tell you!
Posted by Celtic Thistle at 07:00