A few weeks ago we had the opportunity to visit the National Memorial at Oradour sur Glane, which remembers the 642 inhabitants of the town who were massacred by 200 Waffen SS soldiers on June 10th, 1944. 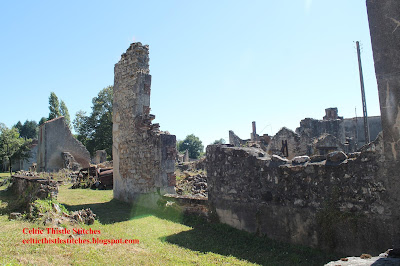 The remains of the bustling market town have been preserved as they were left after the massacre to serve as a witness to the tragic event that took place there, and to help educate future generations of the realities of warfare. 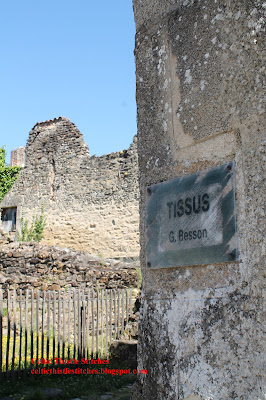 The town of Oradour sur Glane in 1944 was a popular spot with several cafes, a couple of garages and even a fabric shop! 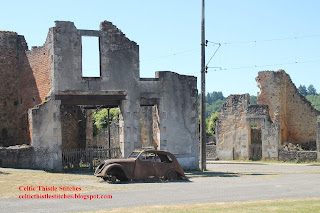 On the night of June 10th, 1944 the men of the town were separated from their wives and children and marched to several locations around Oradour, including one of the town garages. Once herded into the chosen locations they were summarily executed by the SS soldiers. 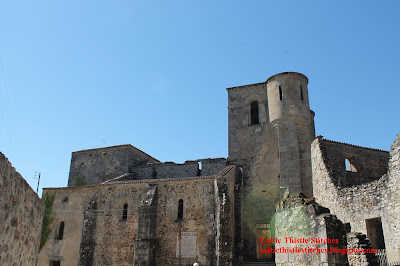 The women and children were taken to the church and locked in, where gas and grenades were thrown into the building and anyone attempting to escape was gunned down. 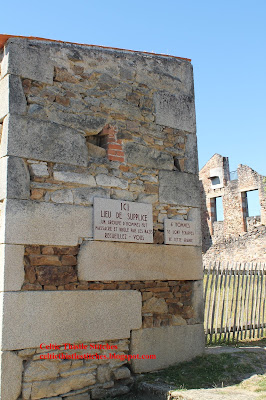 This plaque commemorates the fact that, amazingly, 6 men survived the initial executions and burning of the buildings, although one of them was then killed during their escape. Only one women, Marguerite Rouffanche, survived the carnage in the church by escaping through a rear window and, despite being shot, crawling to hide in nearby bushes. 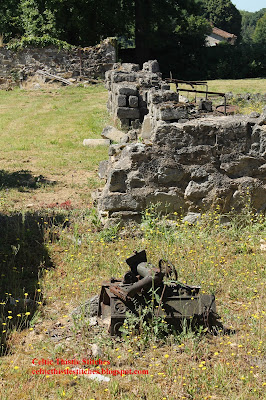 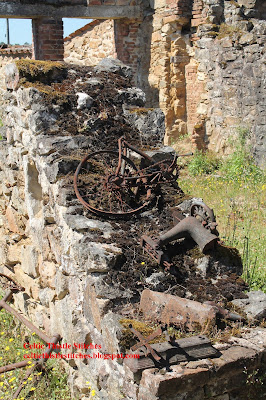 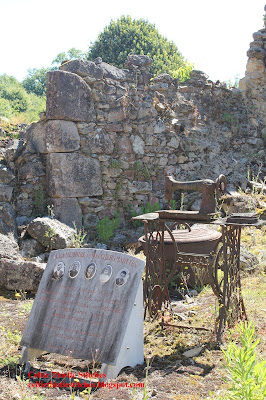 The remains of the town have been deliberately frozen in time to relay the horror of the massacre. Littered around the town are the burnt-out belongings of the town's inhabitants as they were left on that fateful evening. It was particularly poignant for me to see burnt-out sewing machines such as the ones above lying abandoned in the ruined buildings. The women, and men maybe, who had used these machines before the massacre presumably struggled with broken needles, skipped stitches and tension problems just like you and I do with no conception of the fate that would befall them.

It was a truly humbling and thought-provoking day.