A is for Ashgabat

Are you ready for some little-known facts about the capital of the Central Asian republic of Turkmenistan? You might need to check out the atlas to see where it is first, I did and I was planning a holiday there :)

So if, like me, your entire store of knowledge on the subject of Turkmenistan would struggle to fill the back of a postage stamp, prepare to be enlightened!

Apparently this is the fourth tallest freestanding flagpole in the world, now I am sure that is definitely a little-known fact. 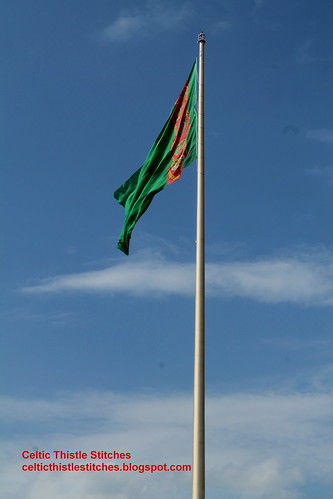 If you know where the three taller flagpoles are then do let me know in a comment!

If you are a fairground adrenalin junkie then you will definitely want to know that this is the world's largest enclosed Ferris Wheel. 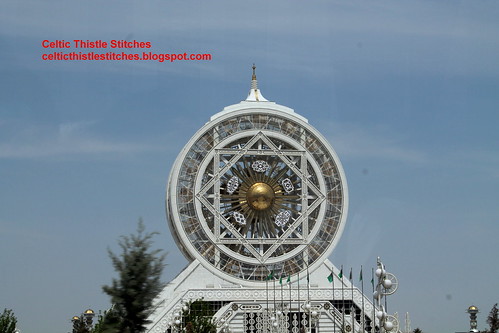 It is the showpiece of the Alem Entertainment Centre in Ashgabat, which sadly we only drove past so never got a chance to see for ourselves whether the several million dollars it cost to construct were well spent. I think there is a great quilt pattern there though, don't you? The eight-pointed star is the symbol of Turkmenistan so was everywhere, I gave up taking photos of them after a while!

Part of the huge cost of the building was no doubt the vast quantity of white marble used, specially imported from Italy I gather. White marble is a bit of a motif for all of the recent construction in the city. Apparently Ashgabat has the most white marble-clad buildings in the world! I am not sure what the competitor figures are, but there are supposed to be over 540 white marble-clad buildings in the city. We weren't able to take photos of many of them as they were Government buildings so out of bounds for photos, but here is a couple that I was able to photograph. 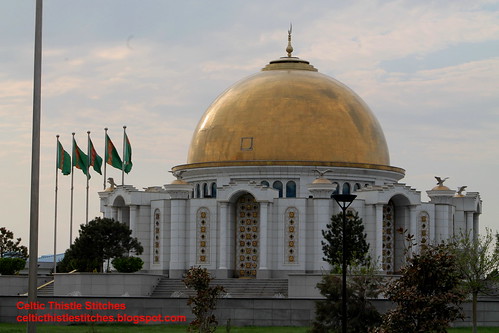 This is the Mausoleum of the previous President, Saparmurat Niyazov, who died in 2006. 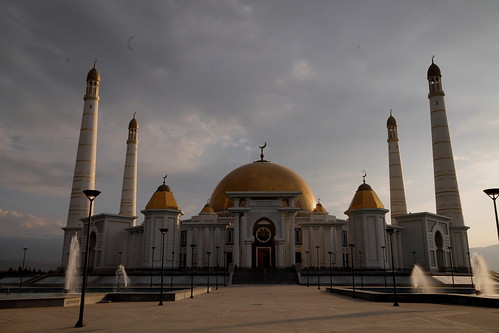 Right next door is another magnificent marble edifice, the Kipchak Mosque. It can hold over 10,000 worshippers, but according to our guide has never held more than 2,000 at any one time. 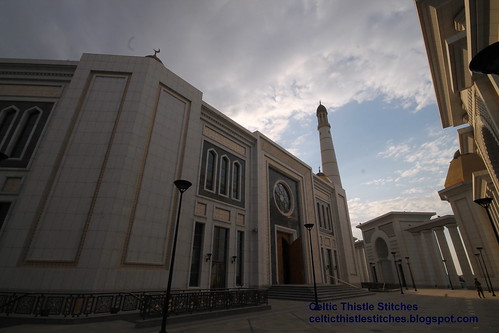 As you can see from the above, it wasn't exactly busy when we were there. The Mosque was built by the Former President who had very definitely bought into the cult of personality by the time this was being built, so managed to make the emphasis of the Mosque more geared towards his own work than perhaps might be considered appropriate for a religious building. 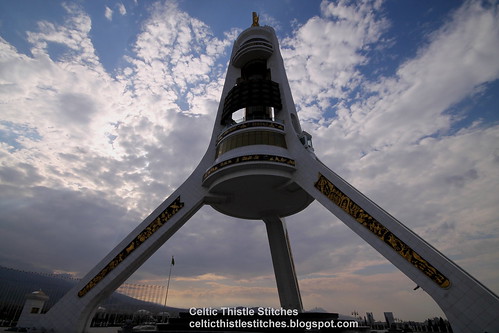 More marble in evidence at our last stop of the day, the Monument to Neutrality, which naturally enough is topped with a golden statue of the Former President! There were lots of those around the city too :)

Finally just to show you that I didn't just take photos of marble palaces, here are a couple of things that inspired me along the way. 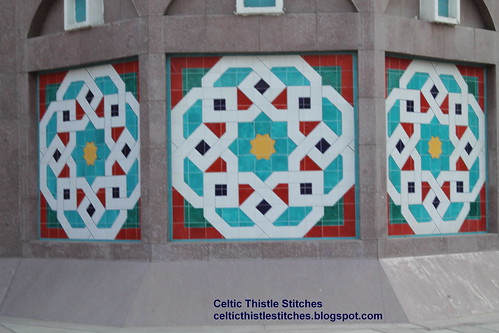 Mosaic tiles on the entrance of a restaurant 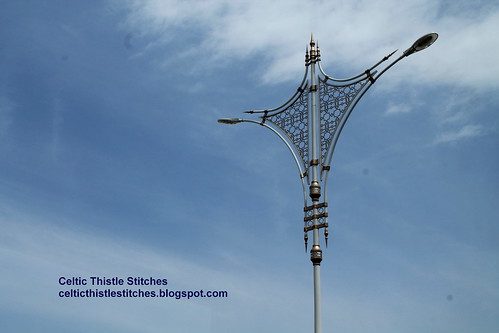 A lamppost on one of the main streets, which is certainly a step up from the boring plain lampposts I see at home.

Thanks for reading this far, I could bore you with lots more photos of Ashgabat, but I think you have had enough for now and there is still Uzbekistan and Kazakhstan to go :)

Linking up as always to