New to Me in November

It's the 25th of the month, which means that it is time for another look at all the wonderful new things that you have been trying out this month.

My New to Me activities this month have been a very mixed bag indeed.

At the beginning of the month our holiday to France involved the first New to Me, a new route across the Channel, or to be more precise, under the Channel. 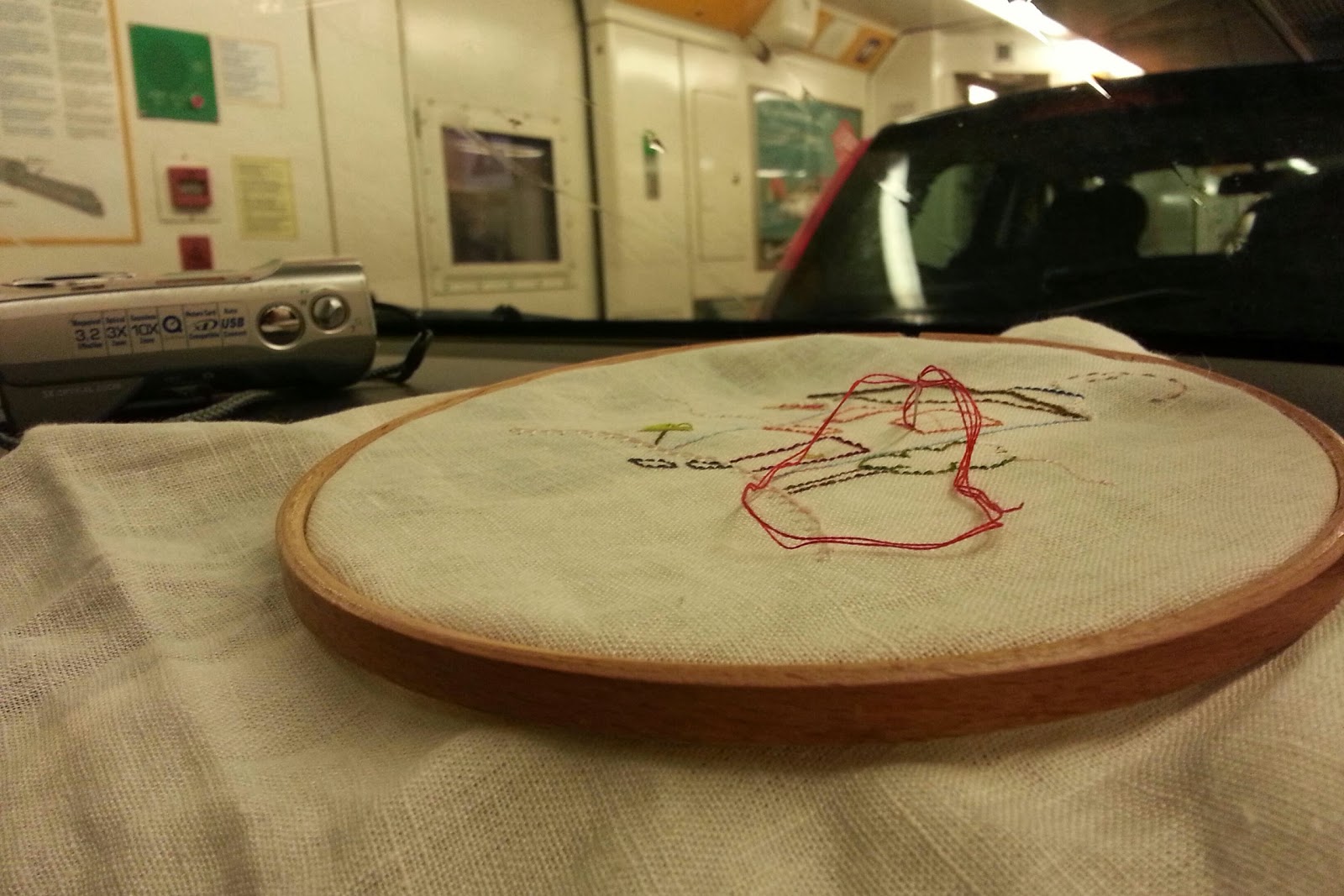 Our first ever trip on the Channel Tunnel was a great success, no delays and time for some sewing too!
It was a bit strange driving in to what is effectively a rather large tin box on wheels, but given that gale force winds were being predicted for the Channel the weekend we travelled, we were very pleased not to be sailing on our usual ferry route :)

My second New to Me was part of the sewing you see above. I decided to try out a new method of transferring embroidery patterns for the embroidery blocks in my Home for the Holidays table runner. I have used transfer pencils and pens in the past, but have struggled with the pattern lines being too thick sometimes. I am not the most accurate embroiderer in the world so sometimes have trouble covering the lines entirely. The thought of having pattern lines that will disappear after the stitching was very attractive! So out came the Frixion pens bought on our last trip to France (they sell them in the local supermarket, very handy!) and away I went.

You can see where I marked window panes with the pens in the embroidery above. I changed the pattern slightly as I was stitching and didn't stitch the panes in the end, so I was a bit worried that I might have messed the whole thing up. 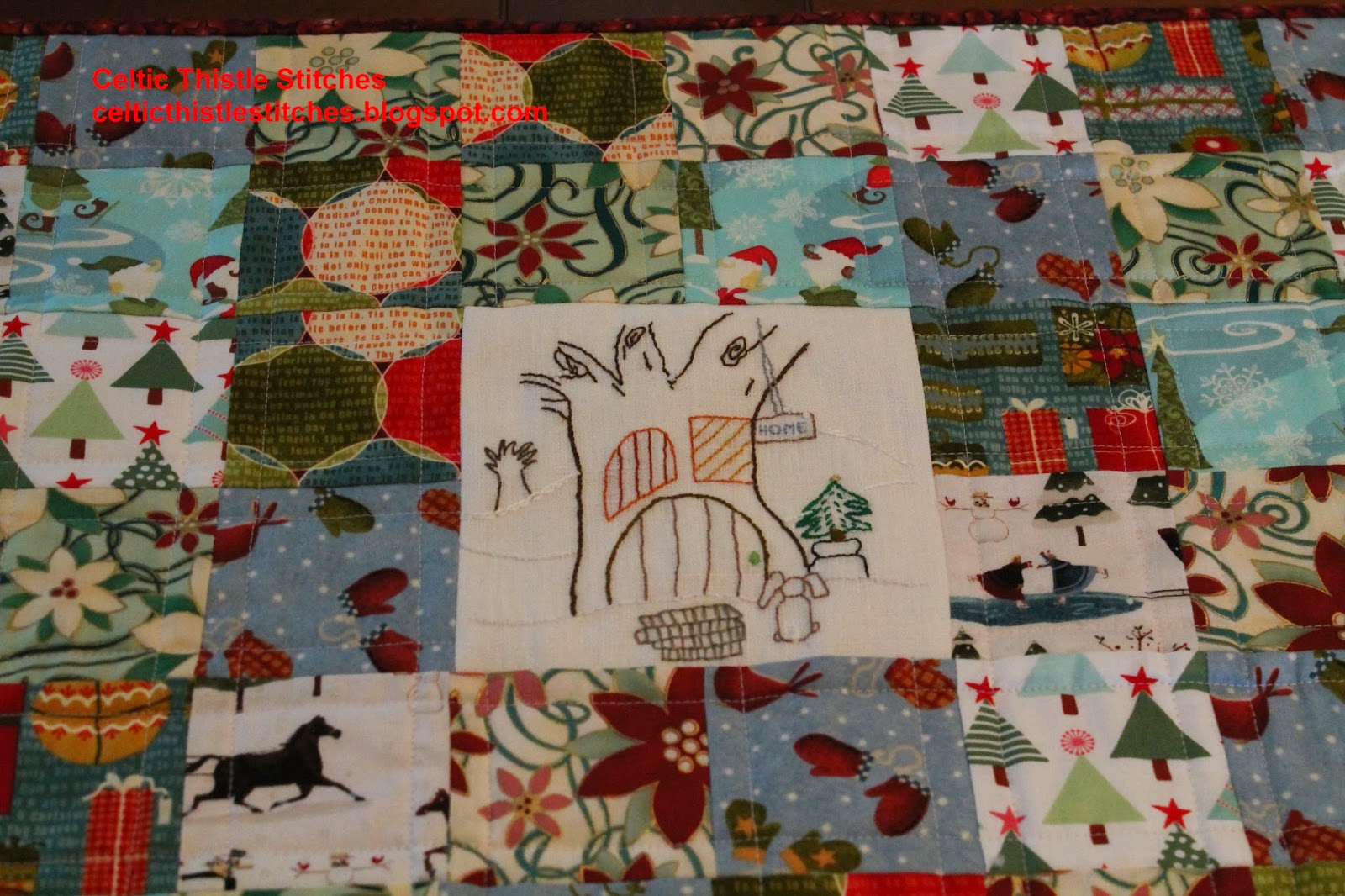 Thankfully though the lines all disappeared when ironed. Cue much relief :)

My final New to Me was much less successful :(

Technically speaking I tried this in October but on October 31st so I am counting it for November. I had read that you could substitute plastic containers for shrink plastic to make jewellery. The plastic needed to be a particular type, with a number 6 inside the triangle recycling symbol for the shrink process to work. For several weeks I scrutinised every plastic container that came my way, and eventually discovered that the only ones that fitted the bill were the containers that the liquid washing detergent capsules come in! So if you happened to see a woman acting strangely in the supermarket scrutinising the bottom of plastic containers before rejecting them, now you know what I was doing :)

The plan was to create some sugar skull earrings for Halloween, so I drew out my sugar skulls with permanent markers on the washing tub plastic and went to town on decorating them. 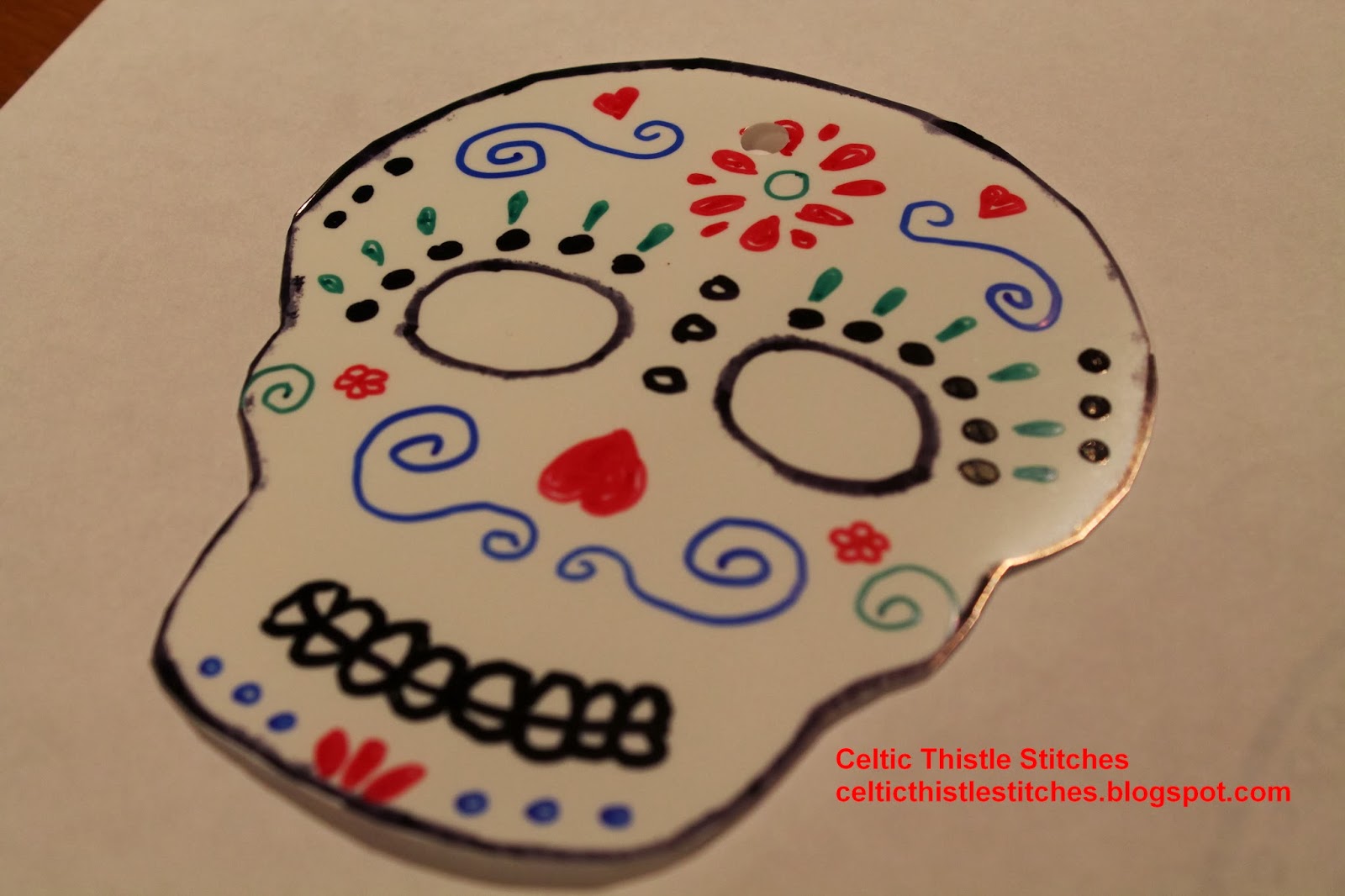 So far so good, but then this is what they looked like after being shrunk in the oven! 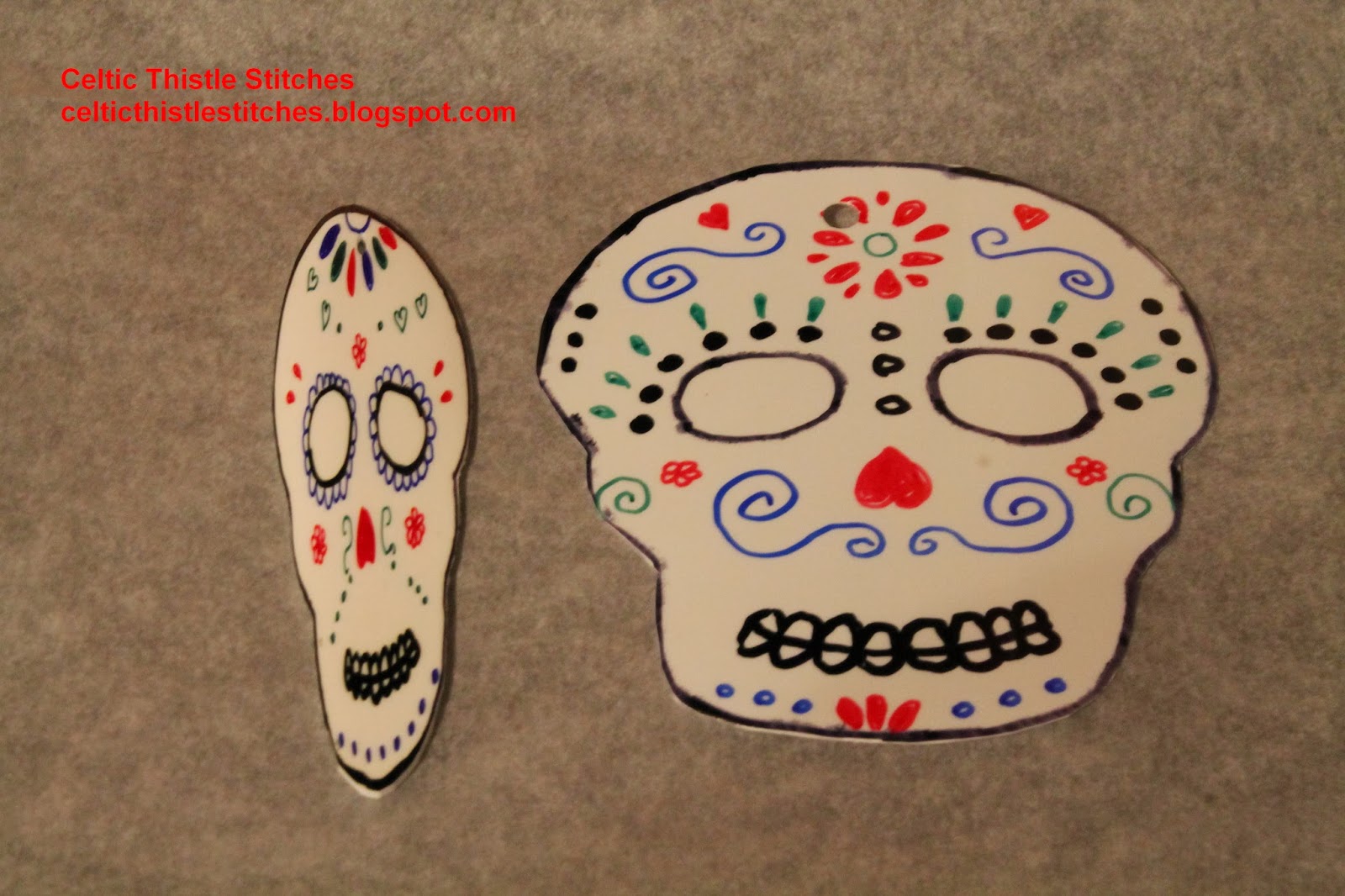 Shrunken true, but not exactly evenly :(

I thought that the problem might have been that I was shrinking them in a fan oven, so tried again in the ordinary oven but it didn't make much difference.

Ah, well back to the drawing board!!


So that's all my New to Me this month, now it's your turn to share what you have tried out for the first time in November.

Link up your New to Me posts below and share your triumphs and/or disasters.

As ever please help to spread the word by linking back to this post in your post and/or adding the blog button to your sidebar.

Check out the other links and leave a comment along the way. The emphasis of this link party is to celebrate the trying of something new, whether it works out exactly as planned or not, so a little encouragement here and there would not go amiss!

The link will remain open until November 30th so if you haven't already tried something new you still have time :)