I don't know about you but my perception of knitters is that they are generally quite well-mannered, easy-going type of people.

They do things like knit scarves for clocks in cold countries, 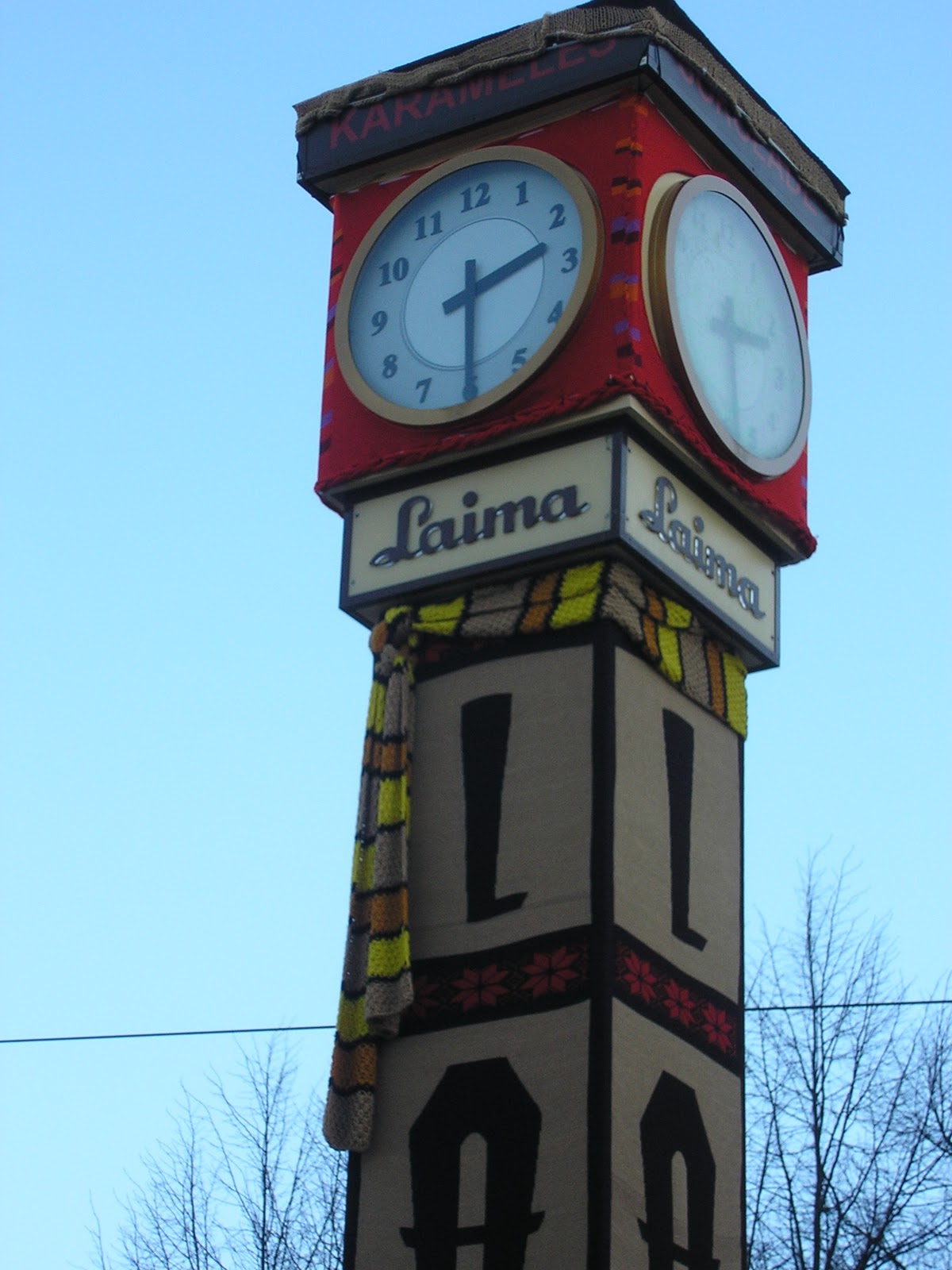 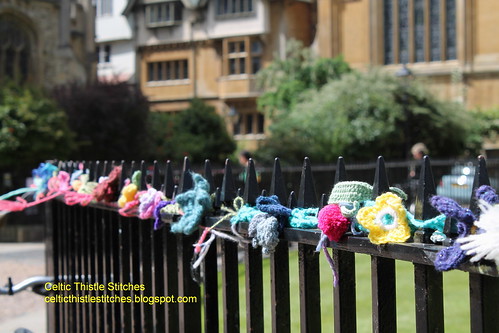 So when I read in the local news about "noisy knitters being evicted from a local library" I was a bit surprised to say the least. Not only were the knitters being accused of being noisy, they were also told that their knitting needles were considered "dangerous" to boot :)

Clearly these needle wielders were not your common or garden knitters though, as they were described as a group set up to " knit replica anatomical parts for trainee midwives" I have to confess my mind boggled at that one, and boggled even more to read that they have to date knitted 1,500 pairs of breasts and are currently knitting replica wombs! Way beyond my fledgling knitting skills that is for sure :)

Fortunately the tale has a happy ending as they found a new home, and are currently clacking away with their dangerous needles entirely unhindered by stuffed shirt officialdom :) 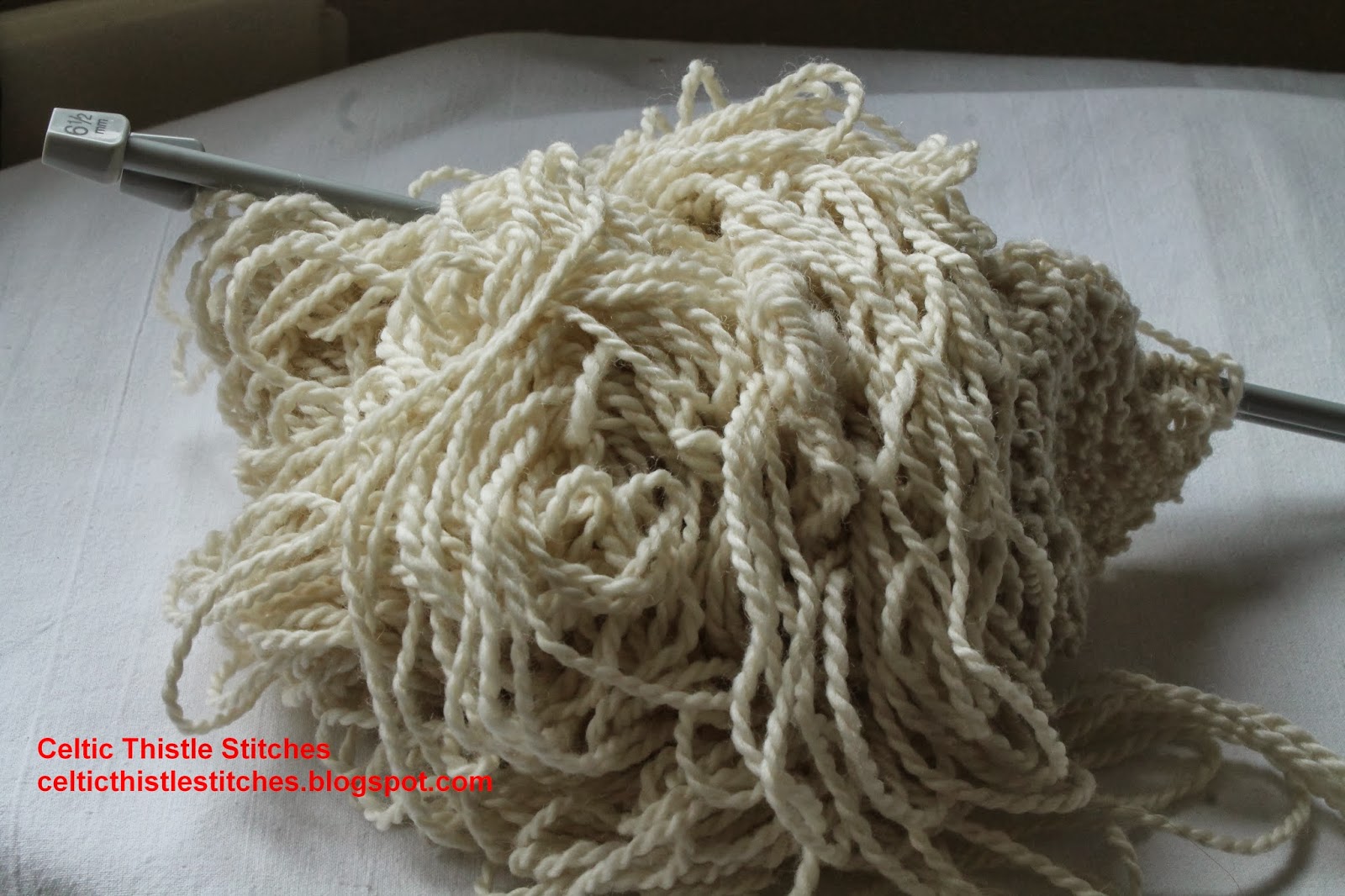 My daughter-in-law tells me that this is the beginnings of a lace scarf, but I think I will keep out of her way until it is finished just in case :)