And some patchwork too

Despite my new obession with making clothes for little people I have managed to fit in some patchwork sewing too.

I have been stitching along with Jacquelynne Steve's Silver Linings Sew Along, where she posts instructions for a 6.5" block every Monday for 12 weeks. 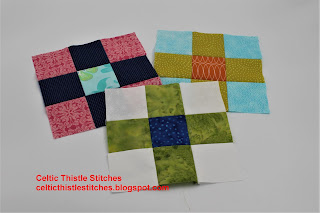 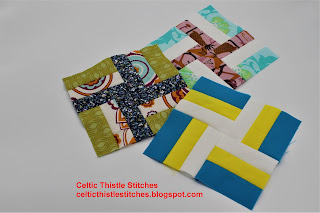 The 12 weeks are almost up but you can catch up with the blocks here.

There are instructions for bonus embroidery blocks available too but I have chosen to ignore them for the time being :)

I haven't been taking photos of my blocks as I have gone along other than these at the beginning, but as you can see I decided to make 3 of each block so that I would end up with a useful size quilt at the end. The turquoise, white and yellow block is the only one that I made with all solids, all of the rest are made with whatever print scraps I had to hand. I decided after I had a few blocks for comparison that the solids block just didn't fit in with the rest so I have already made another of that block with prints that I will use instead when I put them all together. 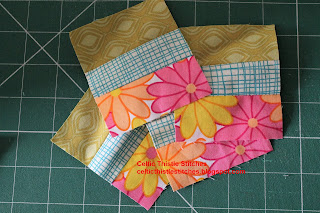 Just in case you think it has all been plain sailing, I only discovered after I had cut all of the squares for the final block that these were all 3" when they needed to be 3.5" !!!

Like many of you, I am sure, I have taken the opportunity that the current crisis provided to revisit some old (very old!) projects in the hope of having a much reduced WIP pile when (if?) life returns to normal.

My first venture into the world of patchwork and quilting was in an evening class in 2006, where I signed up to make a sampler quilt. Having no idea of what I was taking on I elected to make a quilt of 25 QAYG blocks, and then to make life more complicated I opted to make the blocks on point!

All but one of the blocks were pieced years ago but I never completed the central block, a Folded Star block. Over the years I thought about knuckling down and getting that block finished but it has taken me until now to actually do it! The original instructions, if there were any, had long gone, so a quick Google search was needed to work out exactly what needed to be done. As I usually find, there wasn't that much left to do to complete the block. 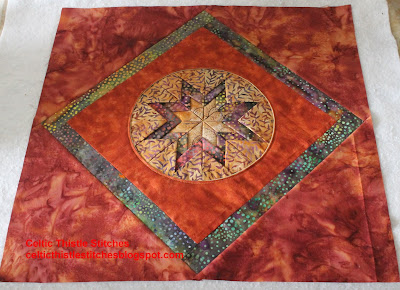 The central star was already attached to the backing block so all I needed to do was add the outer frame fabric, sashing strips and the corners to put the block on point. After a mild panic when I thought that I had run out of the corner fabric, it did not take long to finish the block. 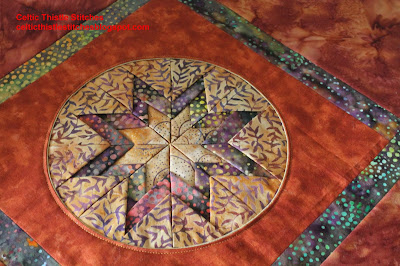 I just echo quilted the circle and the square frame as there is enough going on in the block! The points are not quite as accurate as I would, hopefully, be able to achieve nowadays, but as they say "finished is better than perfect"!

Now to get to grips with joining them all together :)