A couple of weeks ago we had to go up to Edinburgh to hand in and then collect the visas for our holiday later this month. So, we took the opportunity to spend a couple of days exploring whilst our passports were being scrutinised. 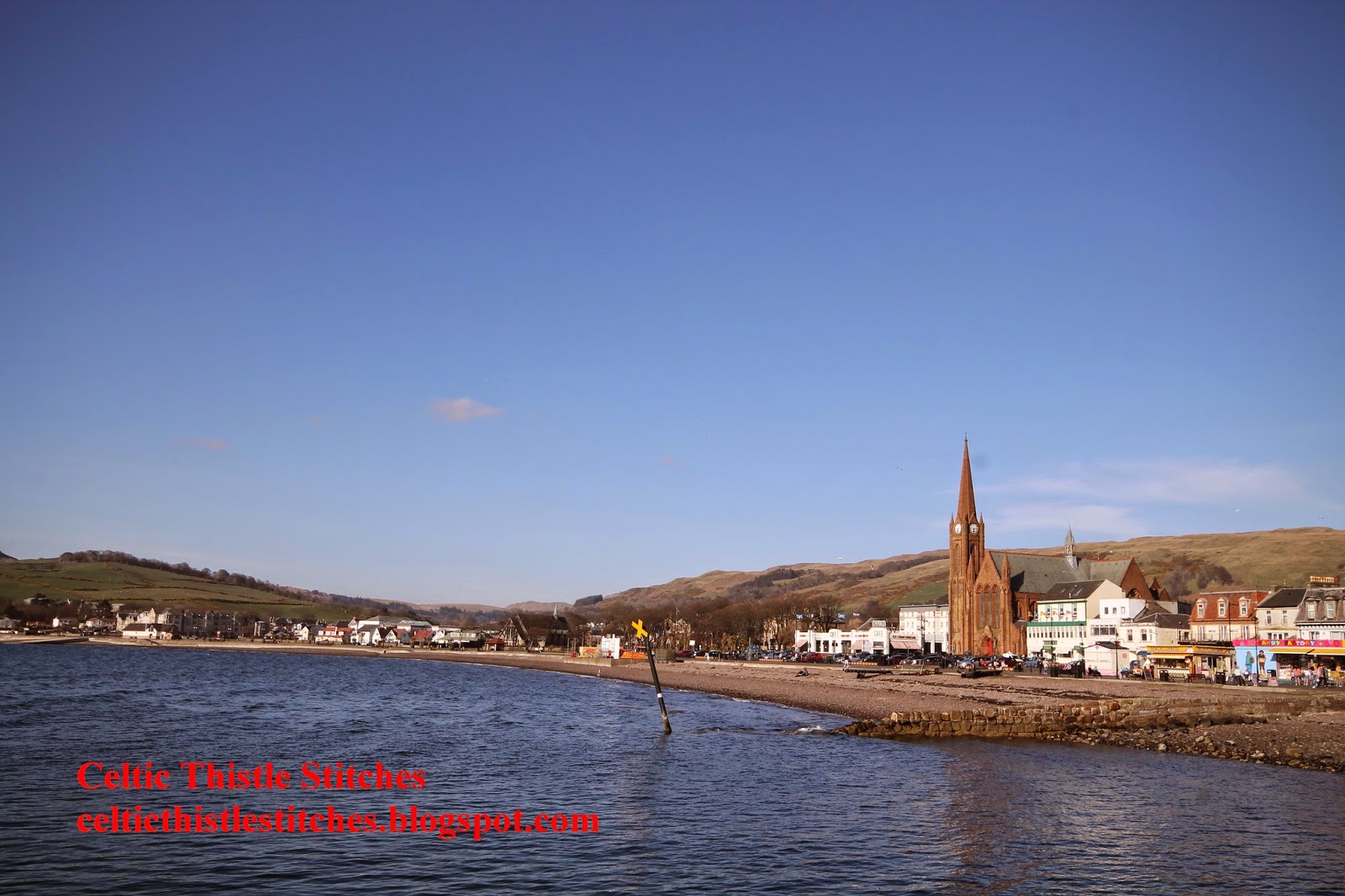 Then headed further North and East to Loch Lomond 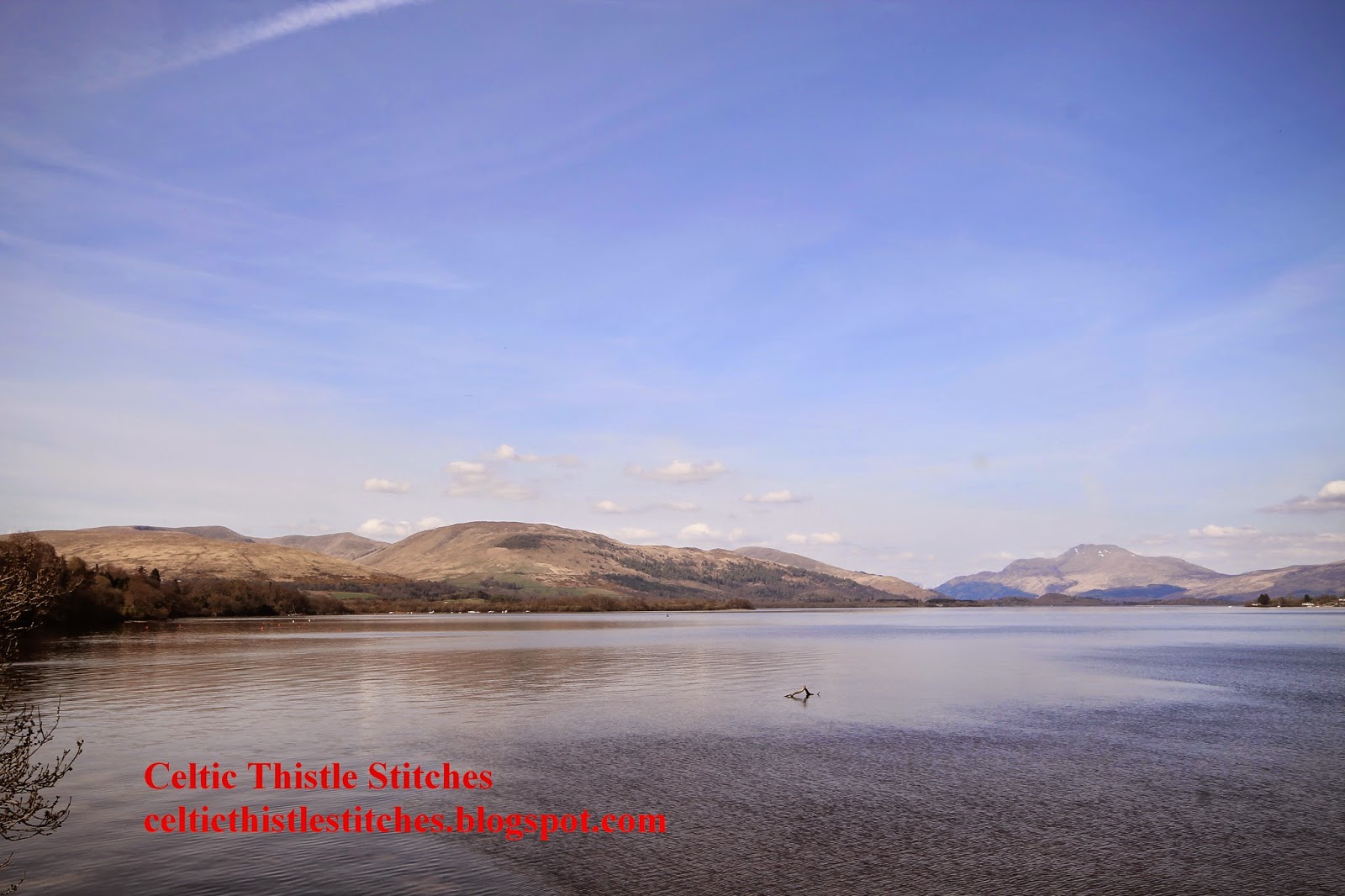 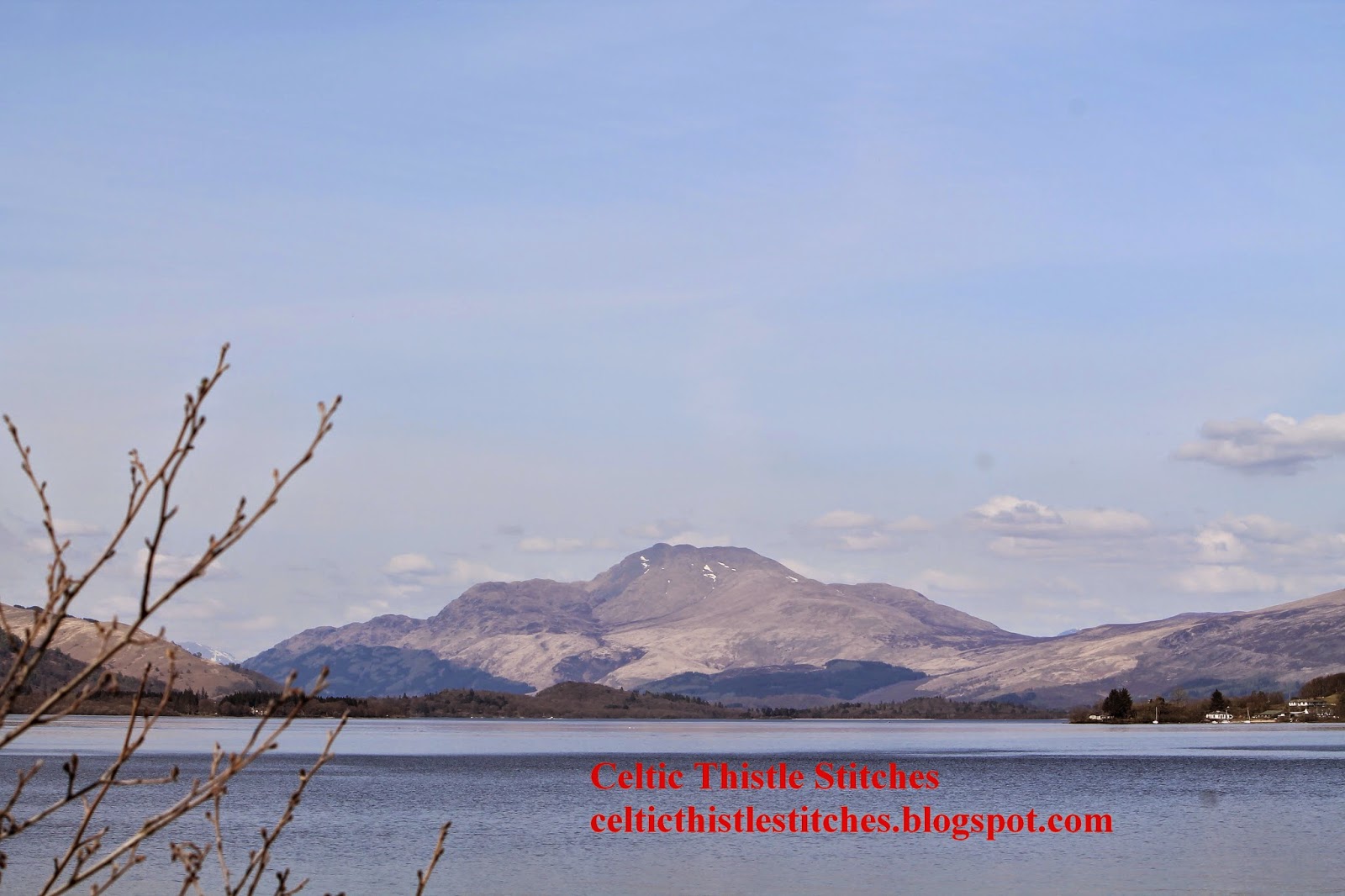 We had absolutely glorious weather on our trip, although as you can just see it was still early enough in the year for there to be snow still on the hills.

After Loch Lomond we headed back over to Edinburgh via Falkirk to see the Falkirk Wheel. I have to confess that I hadn't heard of the Falkirk Wheel until recently when I watched a TV programme about canal boating that included a trip via the Wheel. To say that we were impressed is definitely an understatement, it is amazing! 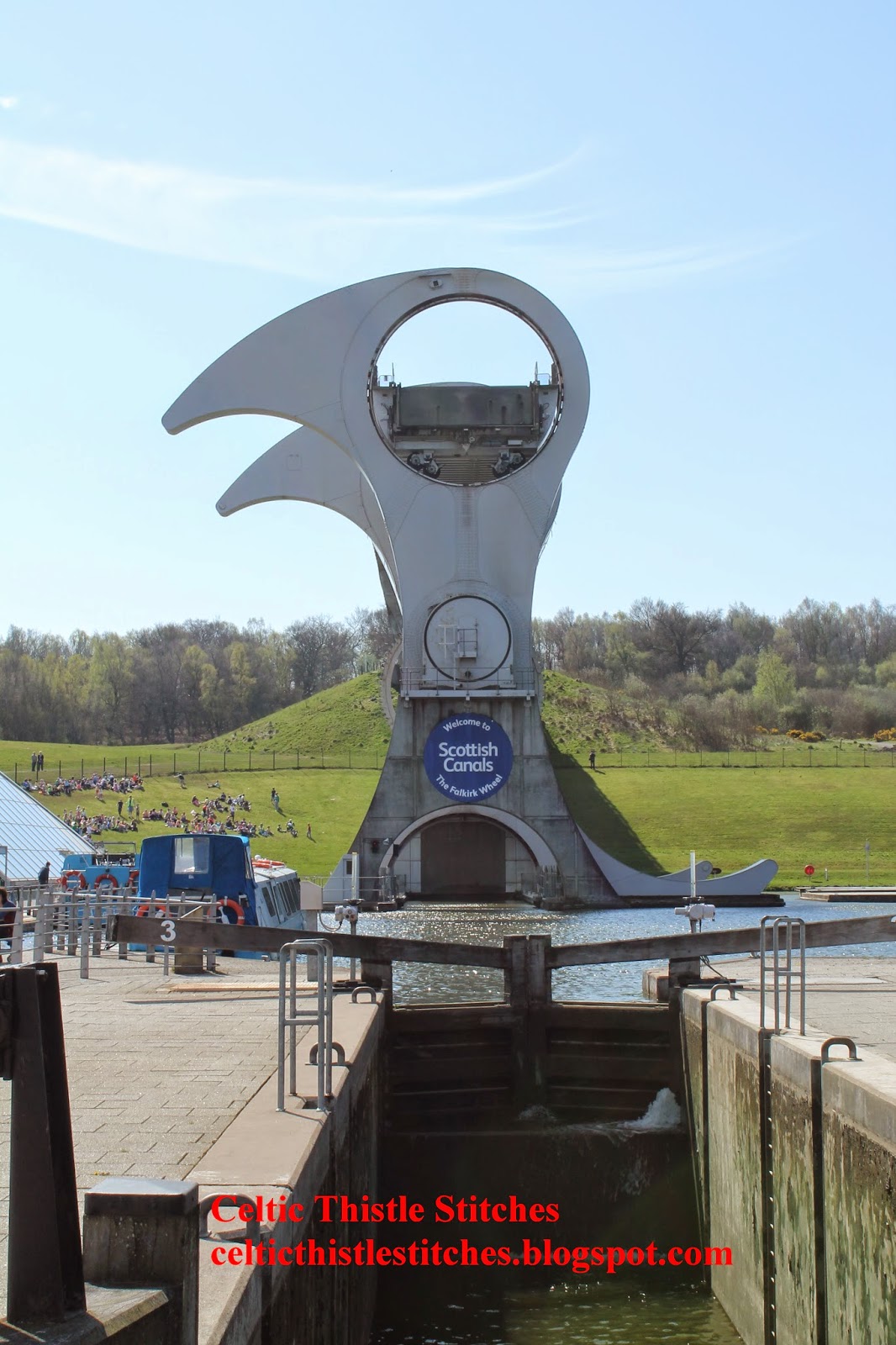 The Falkirk Wheel joins the Forth and Clyde Canal with the Union Canal. There is a difference of 115feet between the two canals, so the Wheel was designed as a rotating boat lift to move canal boats from one level to the other. It is apparently the world's first and only rotating boat lift!

Here's how it works - Canal boats sail into the basins at the top and bottom of the Wheel, which are then sealed. 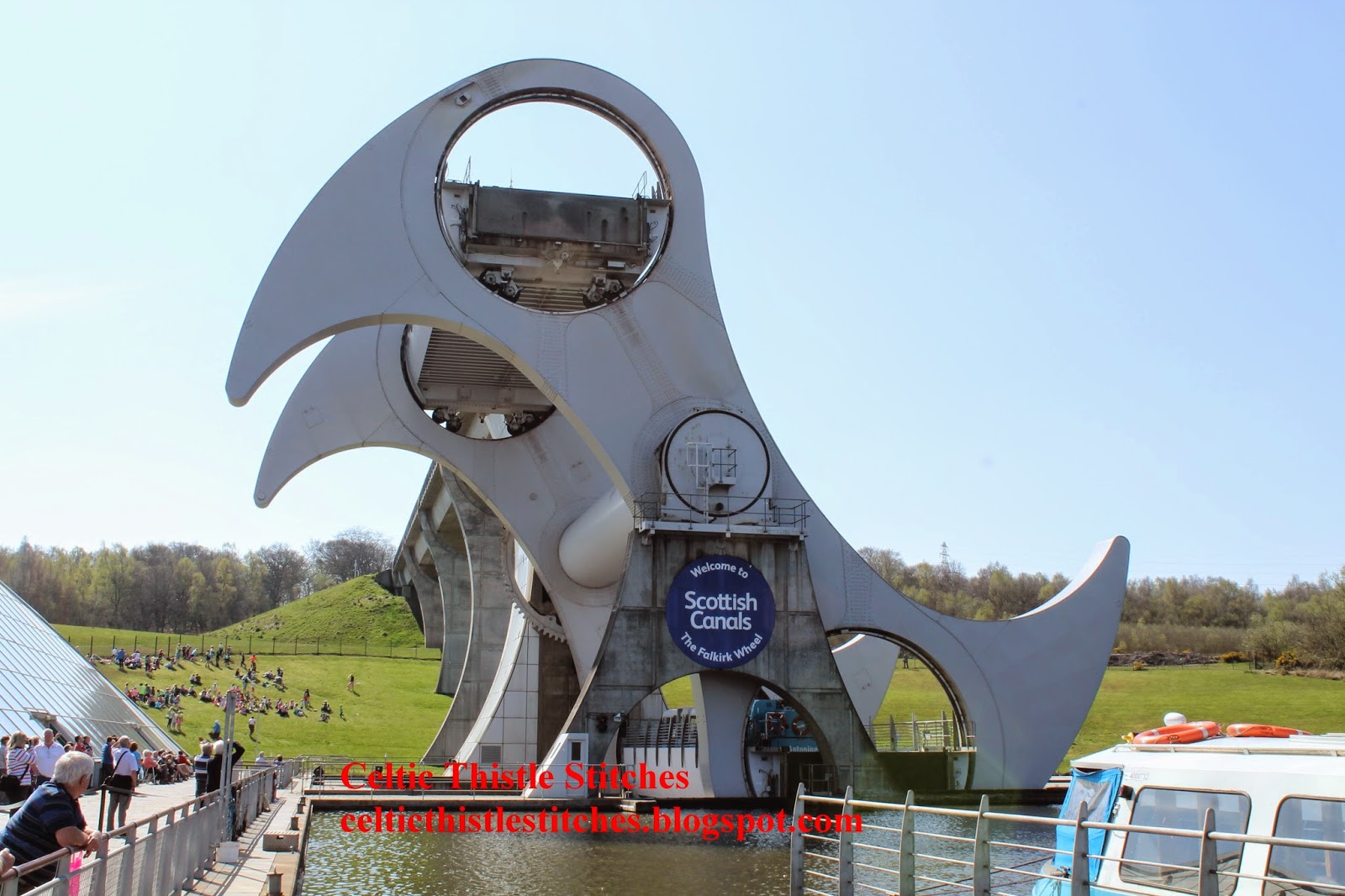 The Wheel begins to rotate around the central point 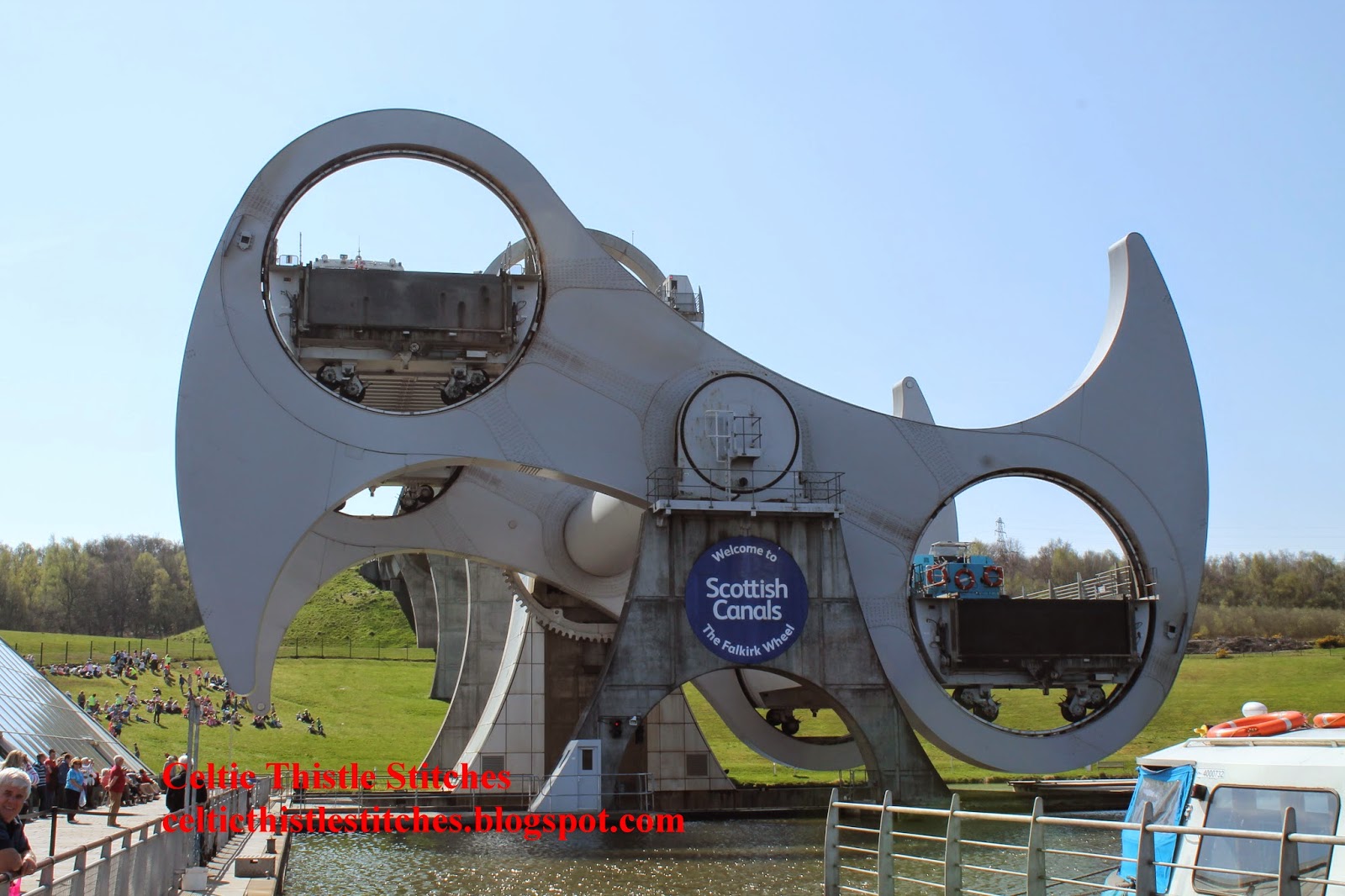 And continues to rotate 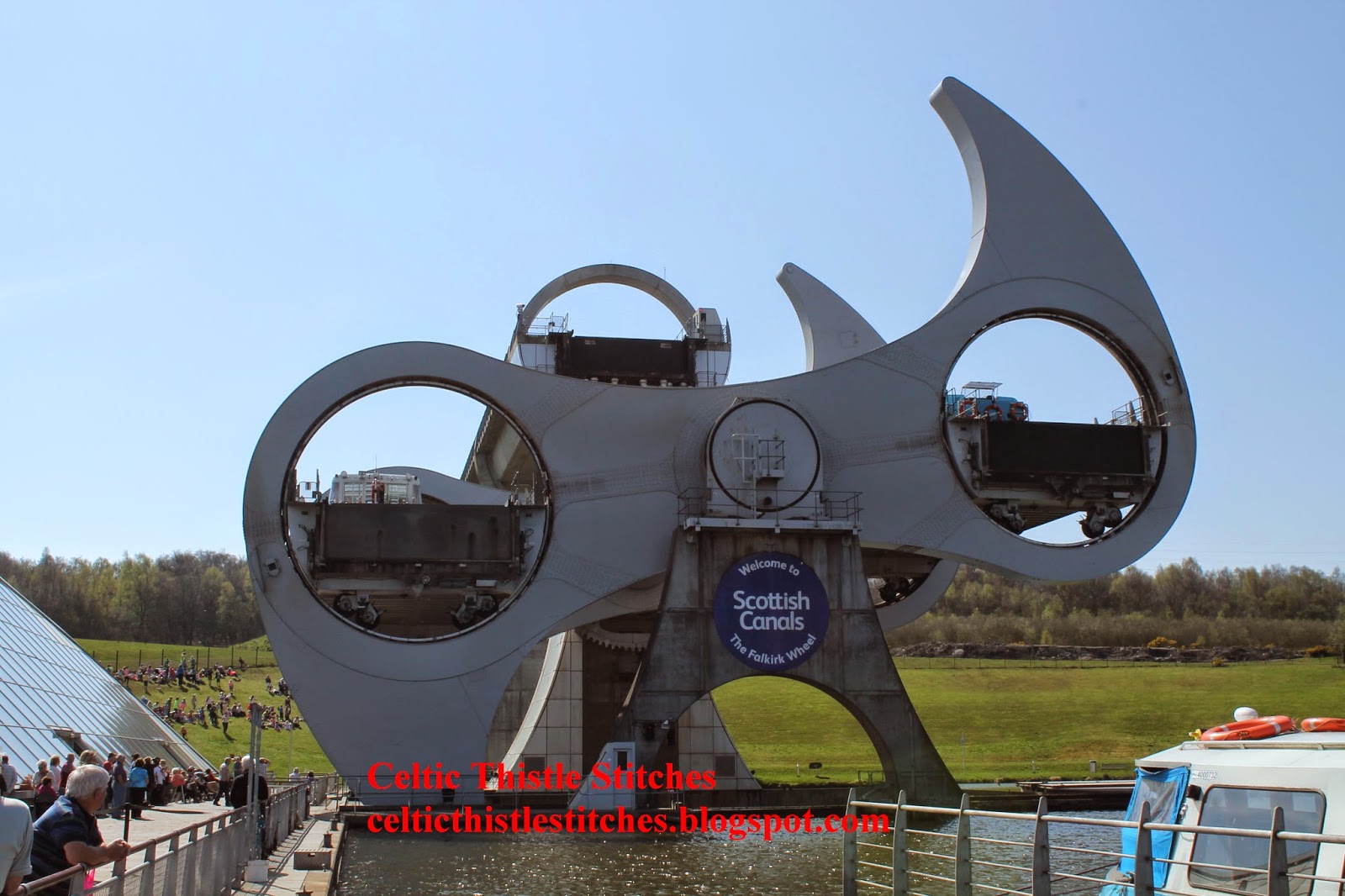 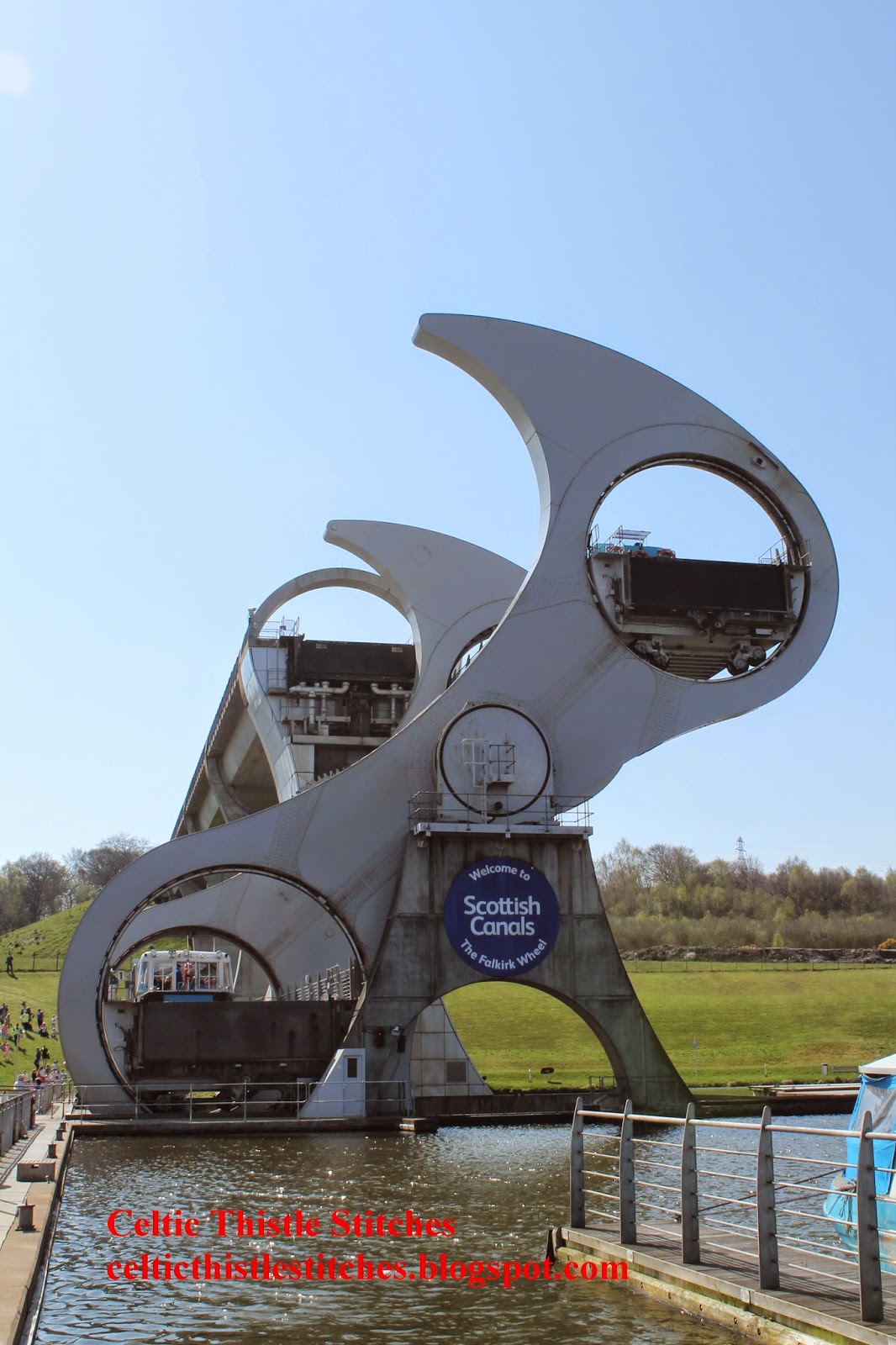 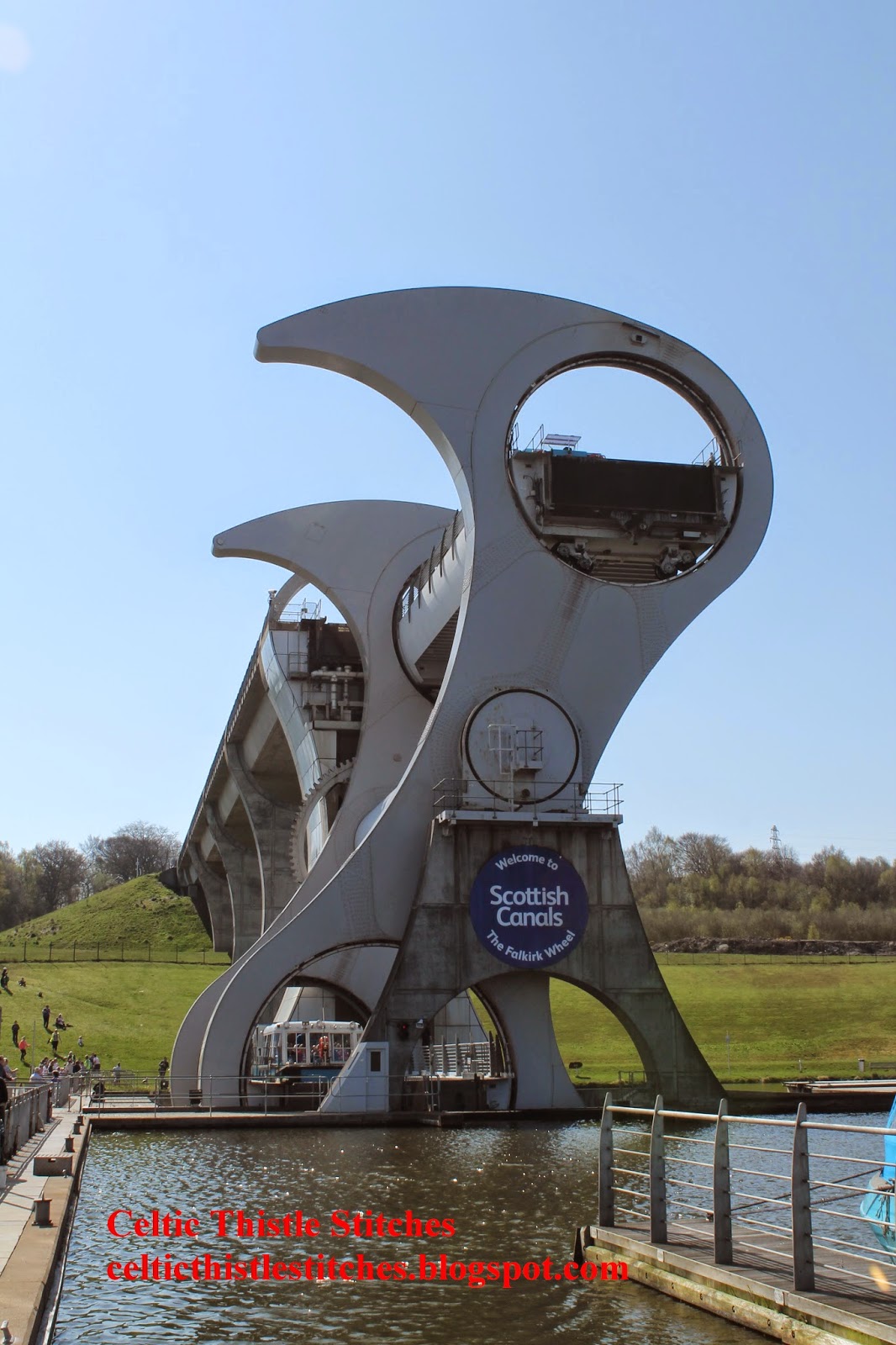 Until the basins are realigned 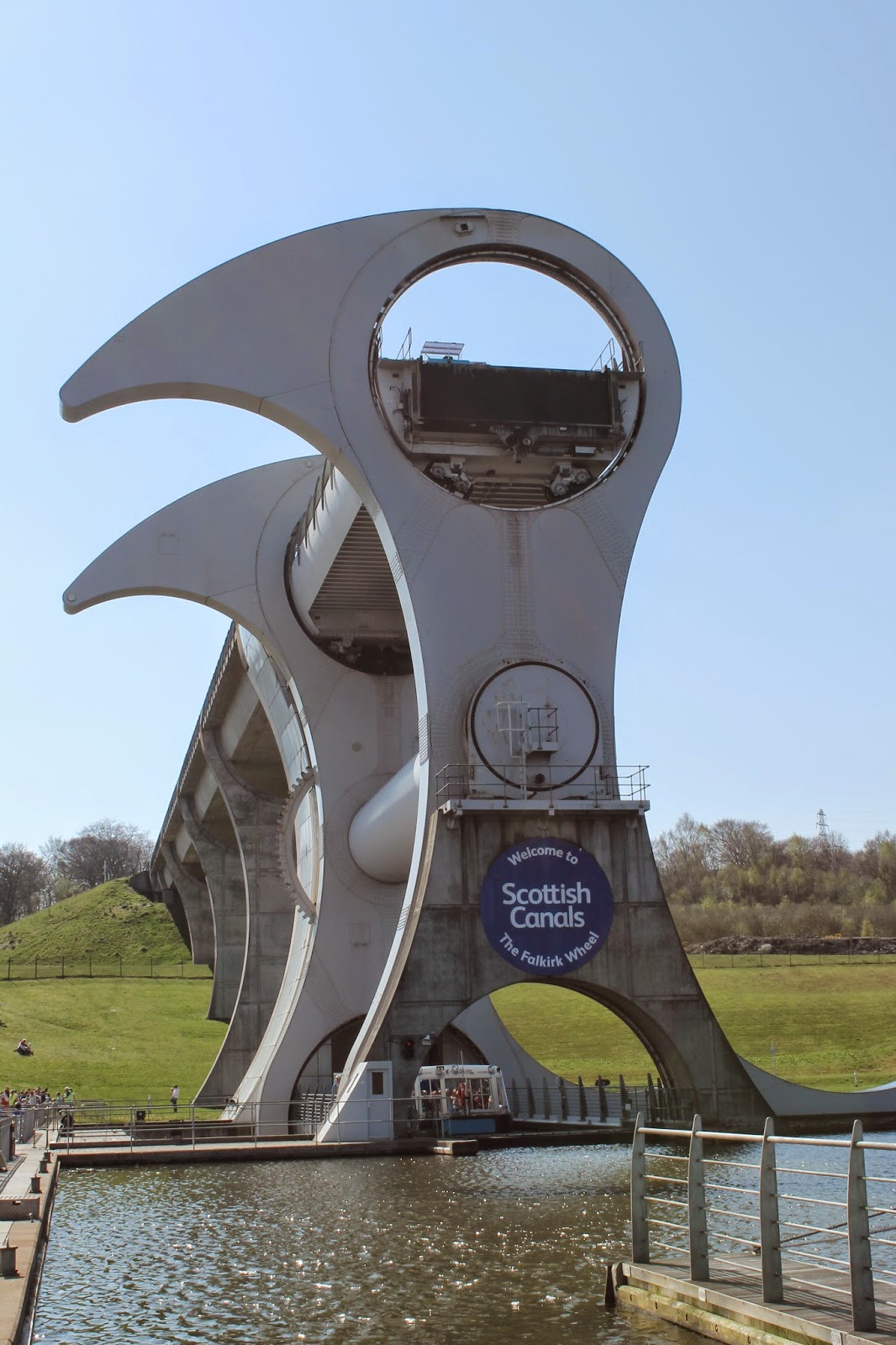 and the boats can continue on their way :)

Amazingly the Wheel only needs 1.5KwH of energy to make each turn, which is apparently the equivalent of boiling 8 kettles! It is beautifully graceful in action, so I can definitely believe that.

If you ever get the chance to visit the Falkirk Wheel, do take it as it truly is a modern wonder. Equally stunning were the nearby Kelpies but they are the subject of another post :)