We recently celebrated my husband's birthday with a family weekend in Yorkshire, and had a lovely time visiting some of the "Jewels in the Crown" of "God's own County" as it is sometimes known as. Yorkshire folk are nothing if not proud of their roots :) 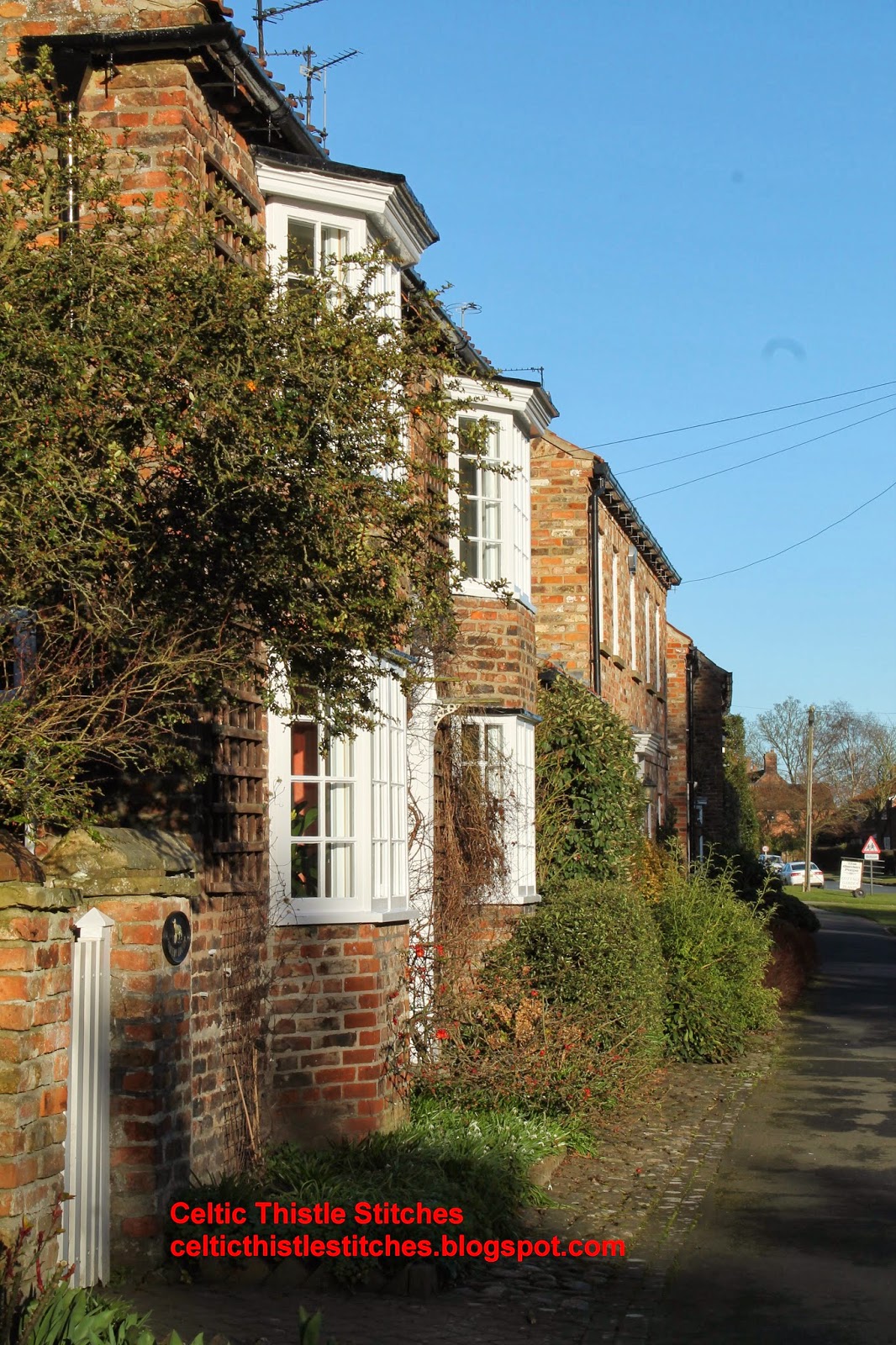 We stayed in this village called Sutton on the Forest, which was mentioned in the Domesday Book, so has been around for rather a long time! 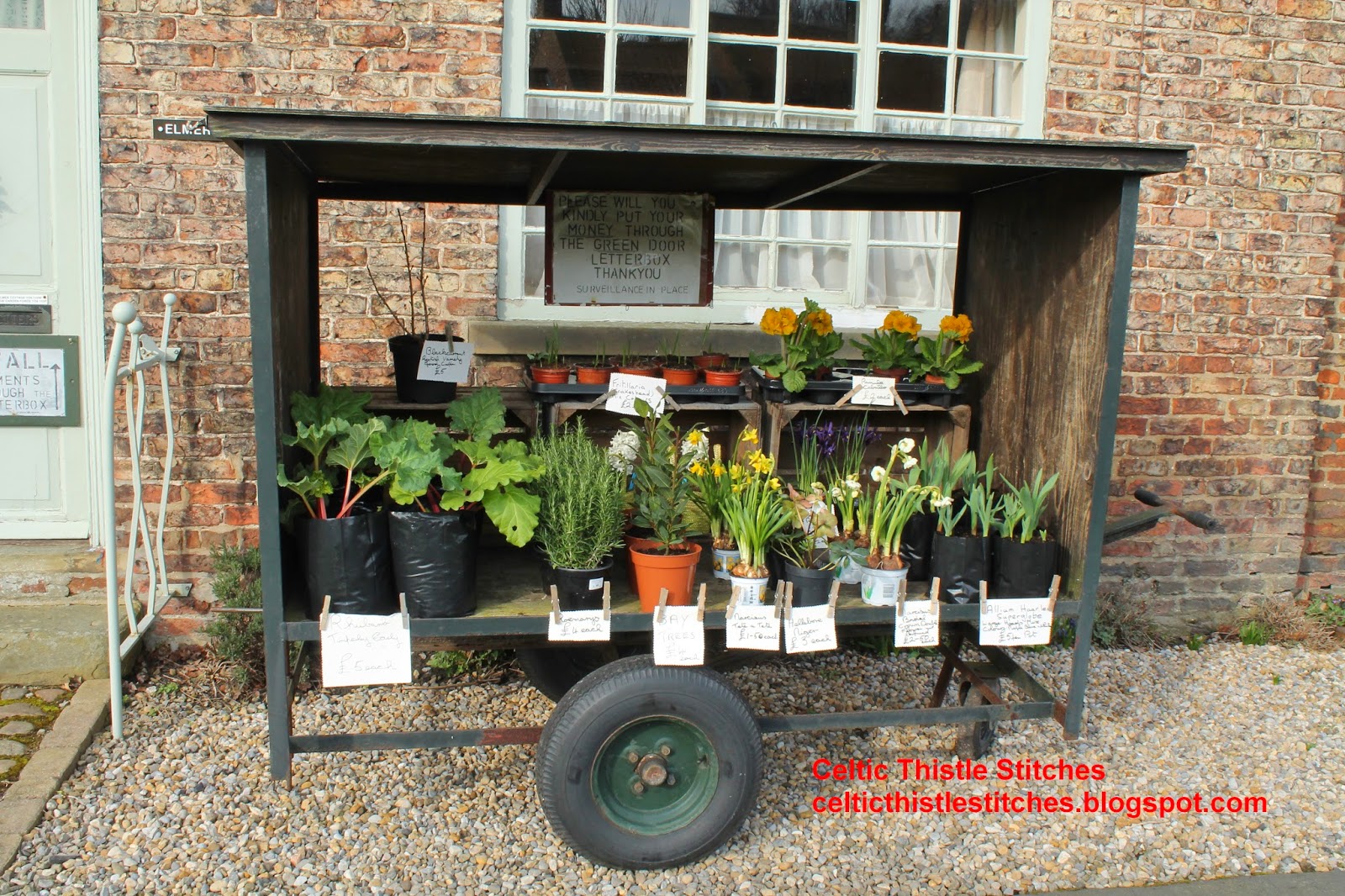 Walking to the local pub, as you do, we came across this plant stall which had, amongst its other offerings, some Yorkshire rhubarb for sale. 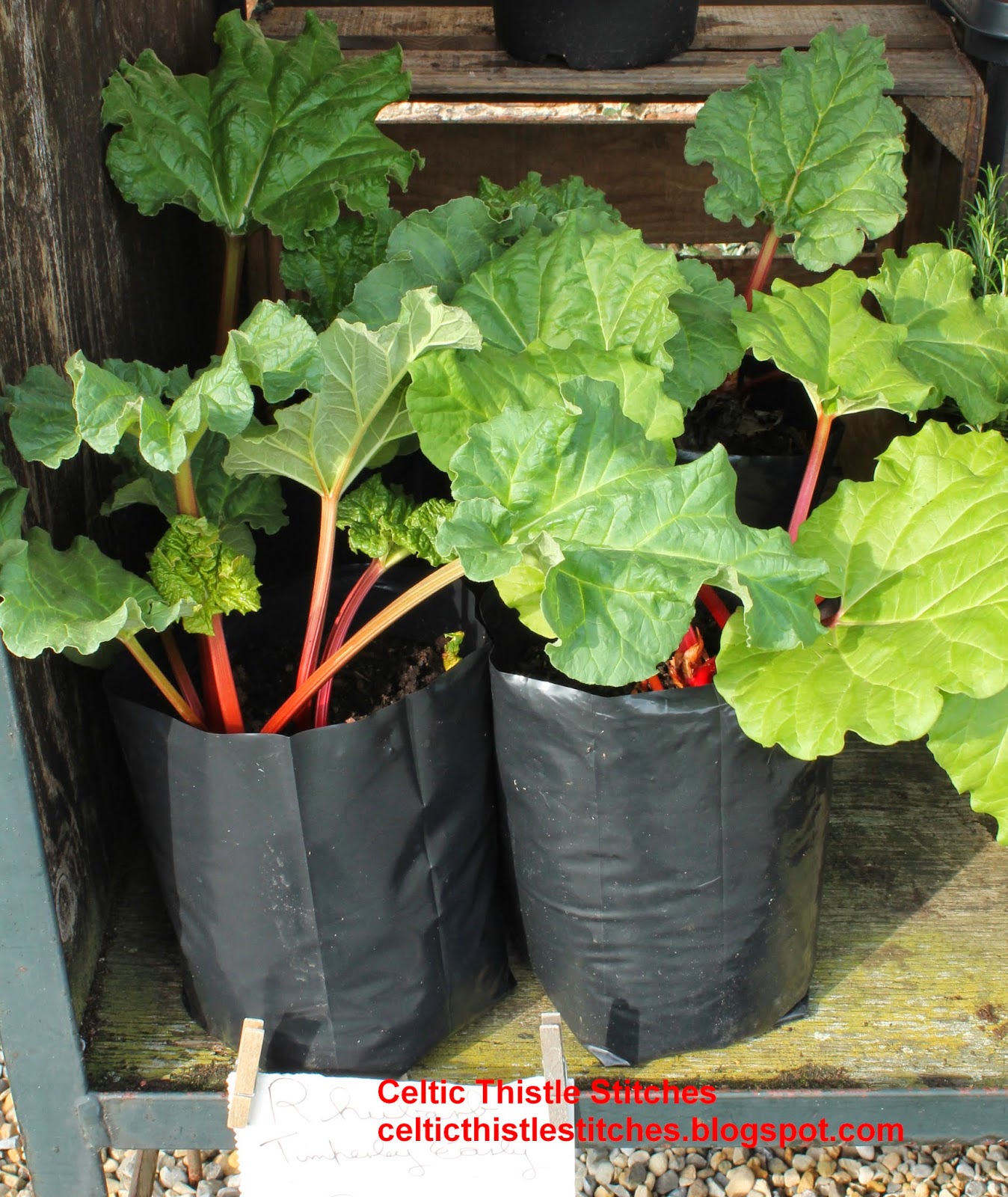 Yorkshire is famous for its rhubarb, and has the growing area known as the Rhubarb Triangle within its boundaries. Forced rhubarb which is grown in sheds and picked by candlelight is a delicacy prized by many, although perhaps like mushrooms it is best not to dwell too much on what the rhubarb is growing in! The euphemistically named "night soil" covers a multitude of sins :)

Apparently you can hear the rhubarb popping as it grows, and you can even take tours of the candlelit sheds! You live and learn :)

York is also famous for its Minster, one of the largest Gothic cathedrals of Northern Europe. 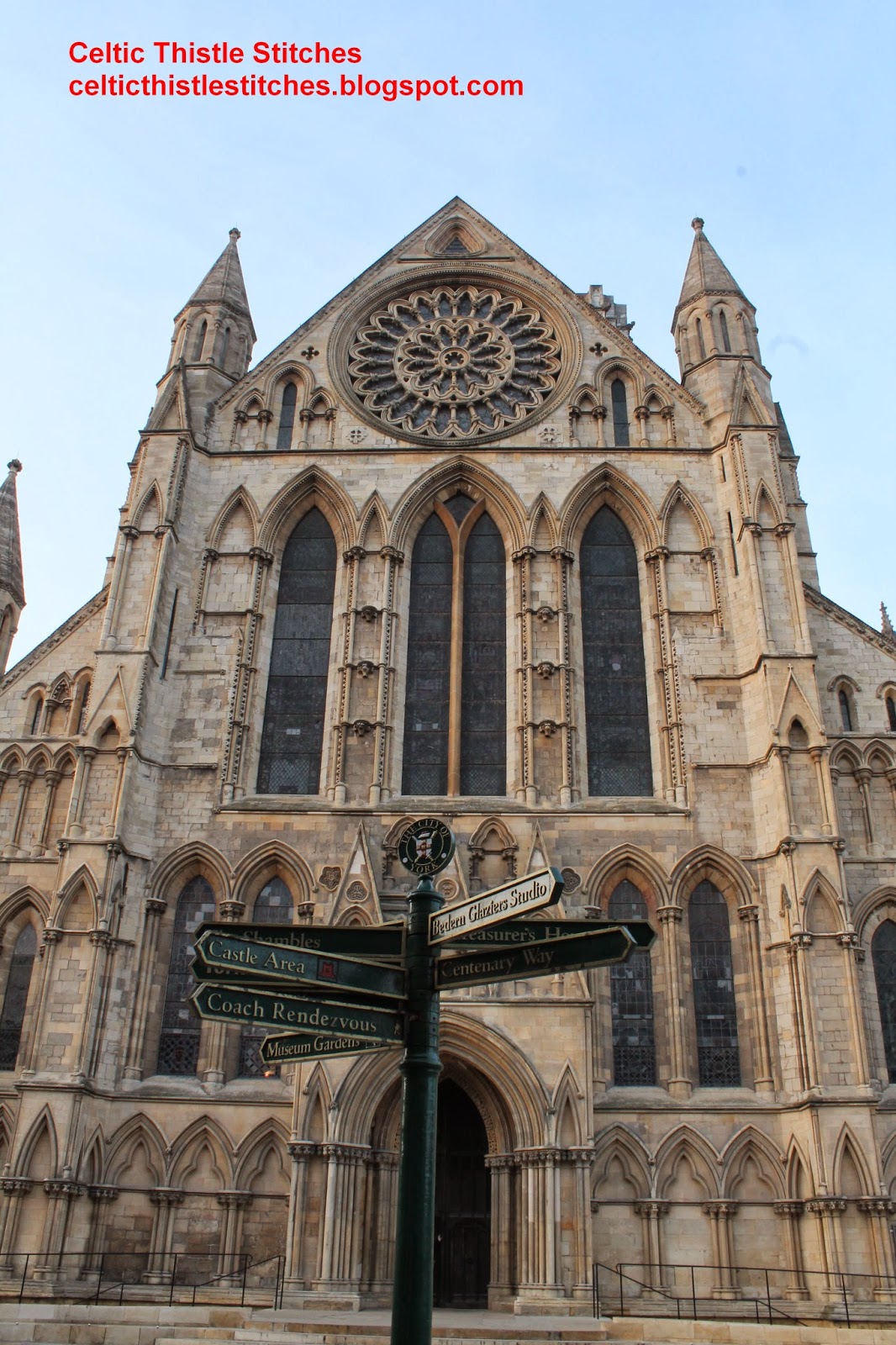 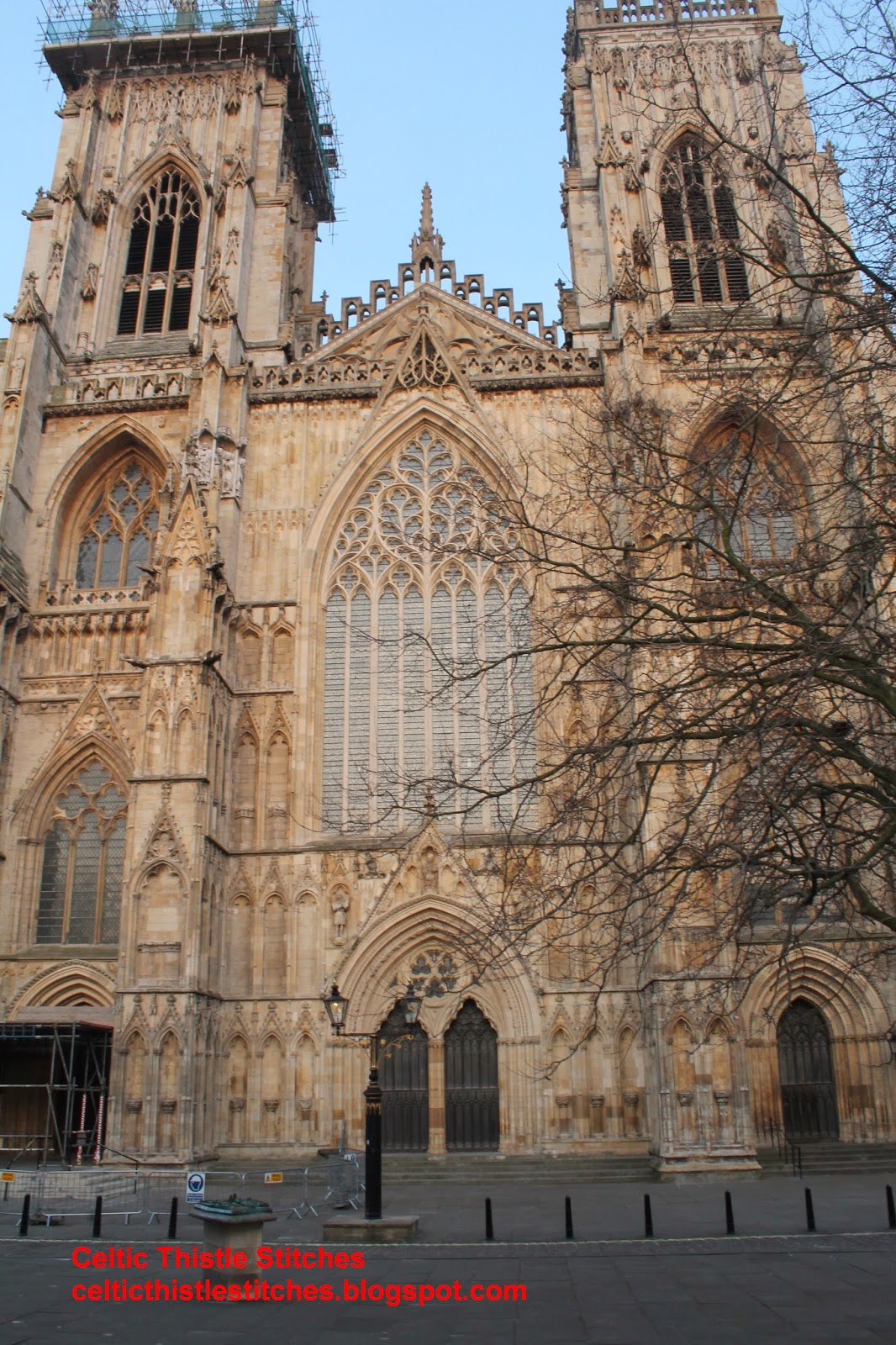 The Minster has had its fair share of damage and destruction throughout the years and even as recently as 1984 was hit by a lightning strike, which destroyed a large part of the roof. On a sunny Spring day though it is the most beautiful building to see and contemplating the work involved in building it just takes your breath away.

Another thing that would definitely take my breath away, would be riding around the Yorkshire Dales on a bicycle! No such problem though for the professional cyclists who will be tearing around those hills and dales when the Tour de France takes a detour through Yorkshire this summer. In case you are wondering what this has got to do with anything, have a look at this. 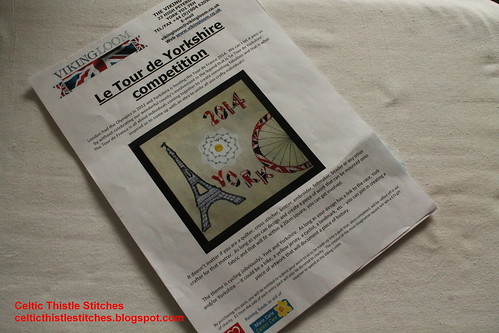 A challenge to create a sewn block relating to York/shire and cycling! How could I resist ??