Time for another Endeavourers reveal. This quarter rather than all of us working to the same theme Janine and Catherine switched things up a bit. Each of us had to send something to inspire this quarter's piece to a partner, whose name was drawn from the proverbial hat. 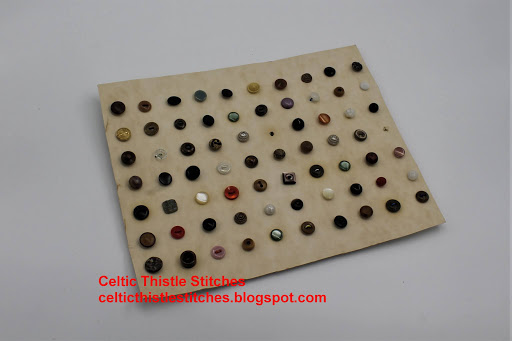 My fellow Endeavourer, Gwen, who blogs at Textile Ranger, sent me this glorious array of buttons! What a great jumping off point for several flights of fancy :)
Penny Rugs, Suffolk puffs, Medallion quilts were all considered and discarded. 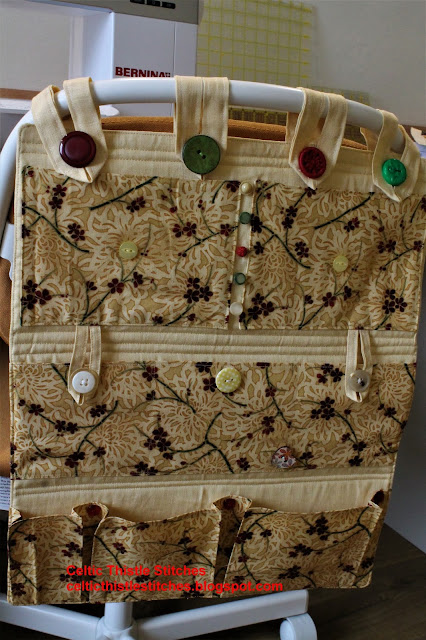 This is what I eventually created. I am calling it a "Memory Keeper" as every single element of it invokes a memory for me of a place, person or time, just in the same way rifling through my mother's and grandmother's collections of buttons recalled the outfits they were from or the uses they were intended for. 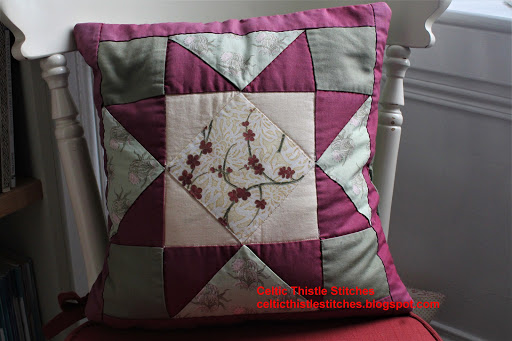 The base fabric for my Memory Keeper is pale yellow linen purchased on our last trip to the linen factory in Lithuania before we moved back to the UK. The pocket fabric is from an early Imperial Collection line by Robert Kaufman and it was the first quilting cotton that I ever purchased! As you can see it formed the centrepiece for the cushion, made at an evening class, that was my first ever patchwork project too.

This clay button was the subject of a very early blog post and, I think, the first ever link party that I linked up to! 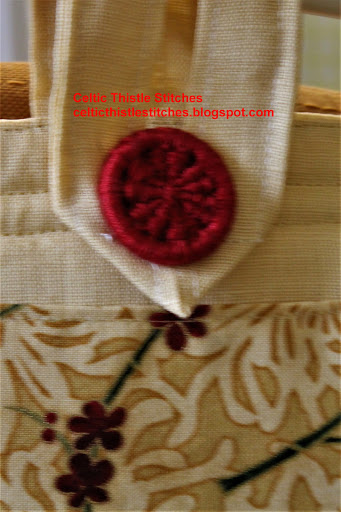 This modern Dorset button harks back to an earlier age when buttons were handmade and beautiful in their own right. If my memory serves me well (always debatable!) this particular Dorset button was made whilst we were sailing from Tallinn to St Petersburg on the ferry!(I checked and it was and I blogged about it here)

These buttons were purchased in markets in Riga, France, Tynemouth and Yorkshire respectively and instantly evoke happy memories of lovely days out and enjoyable rummaging at craft stalls and Flea Markets.

These yellow and red buttons, however, evoke a person rather than a place as they were in a box of buttons inherited from my mum when she passed away last year. The box was marked "buttons for baby cardigans" as my mum was a great knitter up until the day she went into hospital, and her speed at producing jumpers and cardigans for her great-grandchildren was an amazement to me. So, these particular buttons have a special resonance.

As I am sure most of you do, spare buttons for clothes purchases are added to my button tin and kept even when the original garment has long since been discarded. This button, from a jacket long since given away, is from that pile of buttons that will surely come in useful one day :) One button is rarely needed though, but this one has finally found a use!

Of course it would hardly be right to ignore those lovely buttons that arrived in the post in the middle of the craziest time the world has seen for a long time. These sweet buttons will remind me of the inspiration for my Memory Keeper and my fellow Endeavourer who took the time to put the button sheet together and send it off across the world to me. Thanks Gwen!
Head on over to The Endeavourers blog to see the amazing pieces that the rest of the Endeavourers have produced for this challenge.
Posted by Celtic Thistle at 07:00