An hour to spare in Kent

Recently we were staying overnight with our son and daughter-in-law on our way to France, and found ourselves with some time to spare whilst waiting for our son to come home from work.

He and his wife moved to a new house a few months ago so are now living in a part of the world that we have not yet explored, and this was the perfect opportunity to remedy that. A quick scan of the map and we headed off to explore Gravesend in Kent. 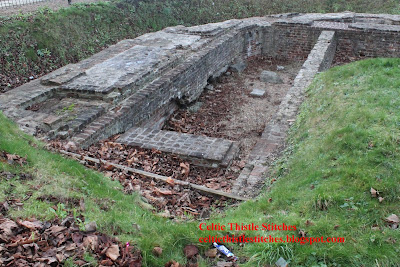 It made sense to start our explorations on the banks of the River Thames as it has played such an important part in the development of the town. The excavations above trace the extent of the Tudor Blockhouse which was constructed to defend against the threat of an invasion by the Spanish Armada, but there have been defences in the area since the Iron Age. 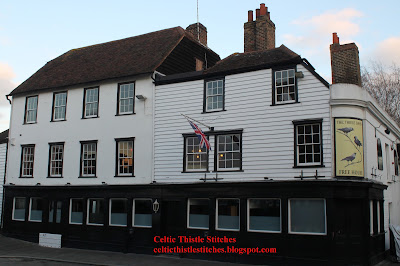 The Three Daws pub nearby also has an impressively long history, there having been a public house/inn on the site from as early as the 15th Century. The pub and a neighbouring building, now demolished, were reputed to have several staircases and underground tunnels between them to facilitate the speedy exit of patrons when the press gang or Customs men came to call :)

For centuries ships sailing up the Thames to London had to be searched at Gravesend where the duty to be paid on their cargo would be assessed. The first appointment to the role of "Searcher" in Gravesend was made in 1356 by Edward III, so those tunnels would have seen lots of usage over the years! 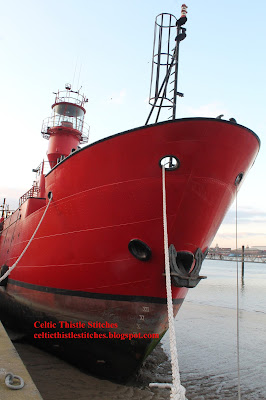 A more modern Maritime history was evident in the Light Ship LV21, which was moored not far from the Three Daws. This Light Ship, which is now an exhibition and concert venue was commissioned in 1963 and plied her trade off the Kent coast until she was decommissioned in 2008. Sadly the venue was closed when we were there as the ship features in the book Stitch Stories, personal places, spaces and traces in textile art by Cas Holmes, who created a piece for the ship reflecting its transformation from working Light Ship to Arts Venue. Still, it gives me an excuse to visit Gravesend again. 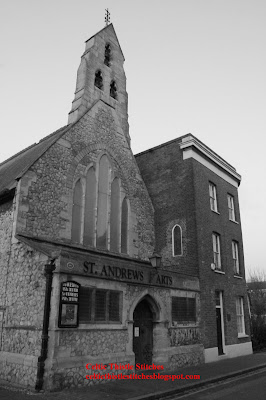 Our whistlestop tour of Gravesend ended at the St Andrews Mission House where General Gordon, of the Siege of Khartoum, taught for a while. Charles George Gordon is most definitely one of Gravesend's most famous sons, but there are many others of note related to the area. Charles Dickens, for example, has many connections to the town and perhaps, more surprisingly, Pocahontas is buried in the graveyard of St George's Church in Gravesend!

Definitely more to explore next time we have an hour to spare in Kent :)

Email ThisBlogThis!Share to TwitterShare to FacebookShare to Pinterest
Labels: Gravesend