The Pearl of the Adriatic

Dubrovnik, the "Pearl of the Adriatic" was my first foreign holiday destination after I started gainful employment (many moons ago!), so I was keen to introduce this fantastic city to my husband who had never visited. 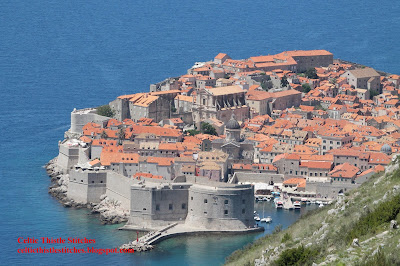 Our lunch stop en-route from the airport to our ship gave us our first view of the walled city, and it did not disappoint! The bright blue skies and crystal clear waters certainly didn't detract from the view either :)

Once we were settled in to our home from home 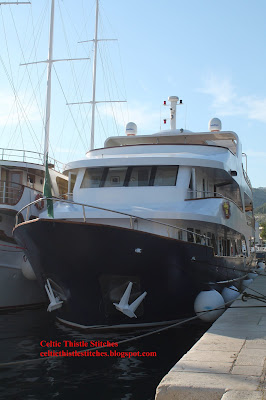 it was time to get out and do a bit of wandering in that beautiful walled city. 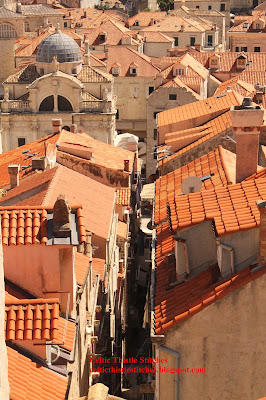 Many of the roofs have been replaced since the Croatian War of Independence (1991 - 1995) during which Dubrovnik was under siege for a time, so the tiles are often a uniform colour rather than the mottled shades of the original roofs. As you can see above the alleys running off the main thoroughfares are narrow and steep, I definitely felt sorry for the poor tourists lugging their heavy cases up those in the heat! 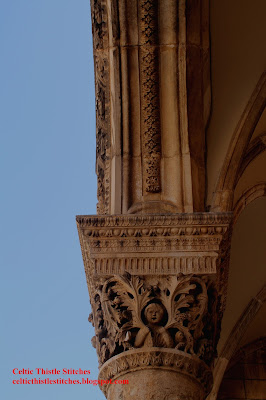 Up close the stonework on churches was amazing. 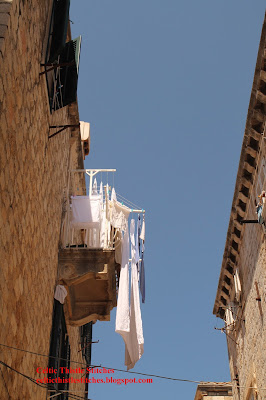 Although it is a magnet for tourists, and apparently becomes very crowded in July and August, the city is still home to many Croatians, so washing has to be hung out somewhere! 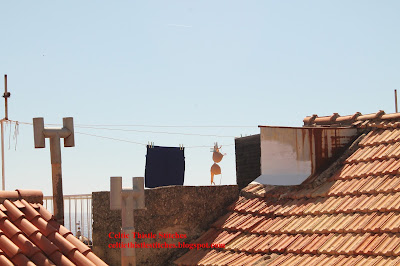 I couldn't resist taking a photo of this lady's washing line :) 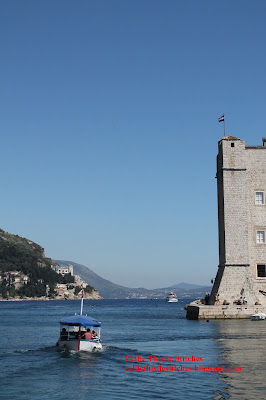 Recently the city has also been used as a location for the TV series Game of Thrones, so if you are a fan this part of the city might be better known to you as the harbour of Kings Landing! Sadly we didn't have time to take a Game of Thrones walking tour of the city, so will have to leave that until our next visit.

If you ever get the chance to visit Dubrovnik is definitely worth seeing!