Isn't it great when you are pressed for time to discover that the Bee blocks that really need to be made and sent before you head off on holiday are both blocks that you have made before? Maybe that is just me!

I was delighted to find that this month's blocks for the Fat Stash Brit Bee were paper-pieced Square in a Square blocks, which were one of the first ever paper-pieced blocks that I attempted thanks to Katy's FPPFTT tutorials many moons ago. 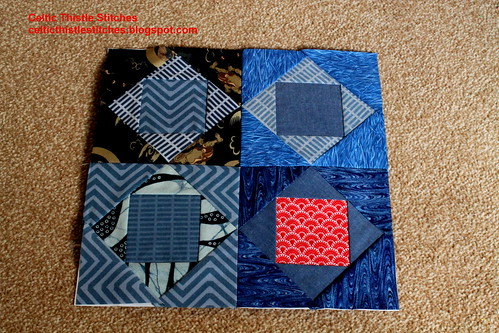 So these were whipped up in no time.

Then even more joyful was the discovery that the October blocks for the Siblings Together Quilting Bee were Scrappy Trip Around the World blocks, and hadn't I taken part in 5 rounds of a STAW Bee! So, not only had I made the blocks several times before but I even had strips pre-cut! Somebody was definitely on my side :) 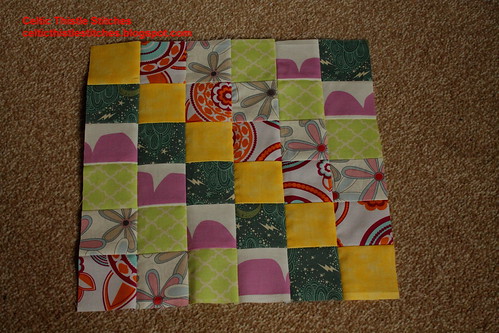 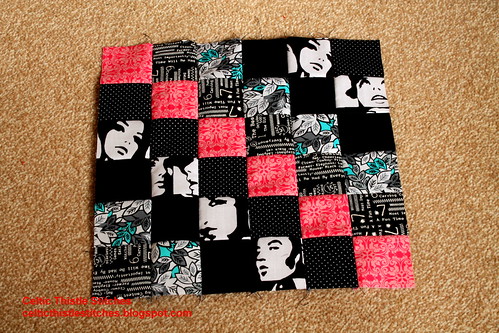 So these were whipped up in no time too!

We were given complete freedom as regards colours and fabrics for these blocks so as you can see I took full advantage. In one of the STAW bee rounds I was asked for a black and white block with a single colour through the middle and I really liked the resulting block, so I decided to take the opportunity to make another similar block when I had the chance :)

Next month I will hopefully have more time for making Bee blocks so will be happy to have new blocks to try, but this month the heavens definitely aligned in my favour!

Email ThisBlogThis!Share to TwitterShare to FacebookShare to Pinterest
Labels: Fat Stash Brit Bee, Scrappy Trip Around the World, Siblings Together quilt blocks, Square in a Square