The pack I ordered was called Elephants love Water so I had a hunt for stories and legends relating to elephants to see if that would kick start the inspiration process and thankfully it did! I found a Thai folktale about The Elephants and the Bees of how the Elephant came to have a long trunk, and it started me thinking about using the Trimmings pack to tell the story.

And this is how I told it! 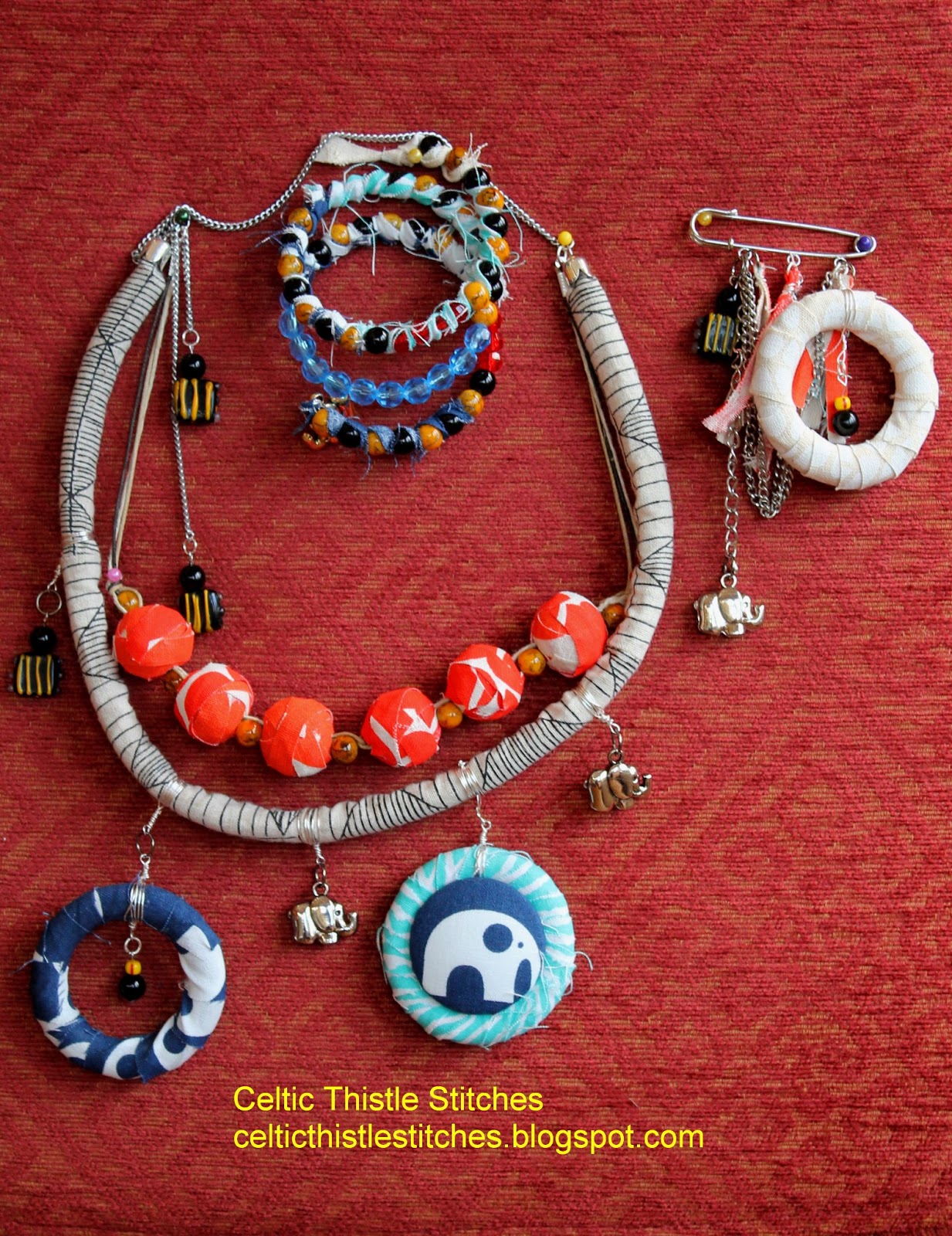 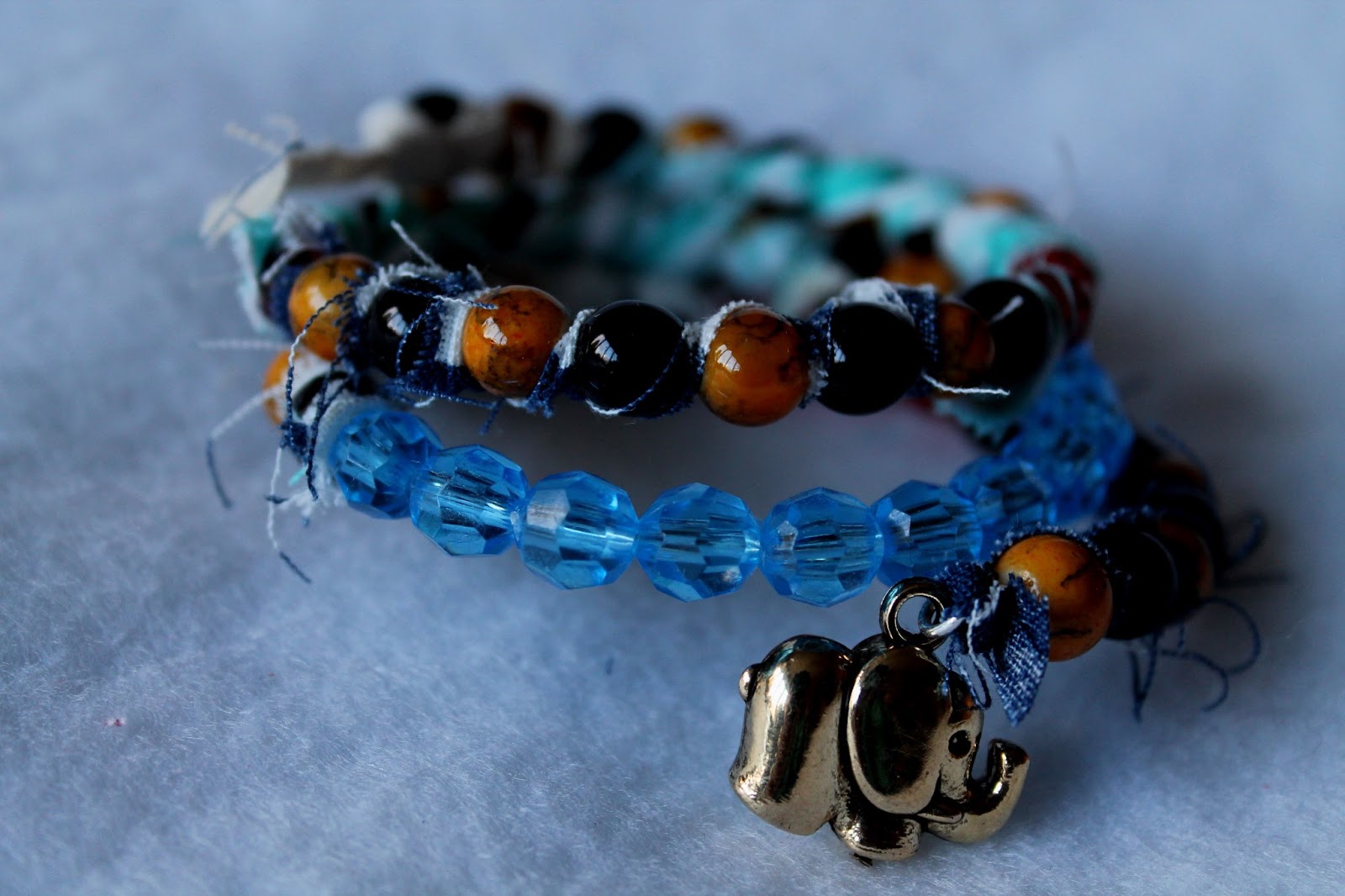 "Follow us," said the Bees.  We will take you to the river where you will be safe.  So Elephant ran South, following the Bees.  He ran until he came to the river.  Elephant would be safe in the middle of the river. 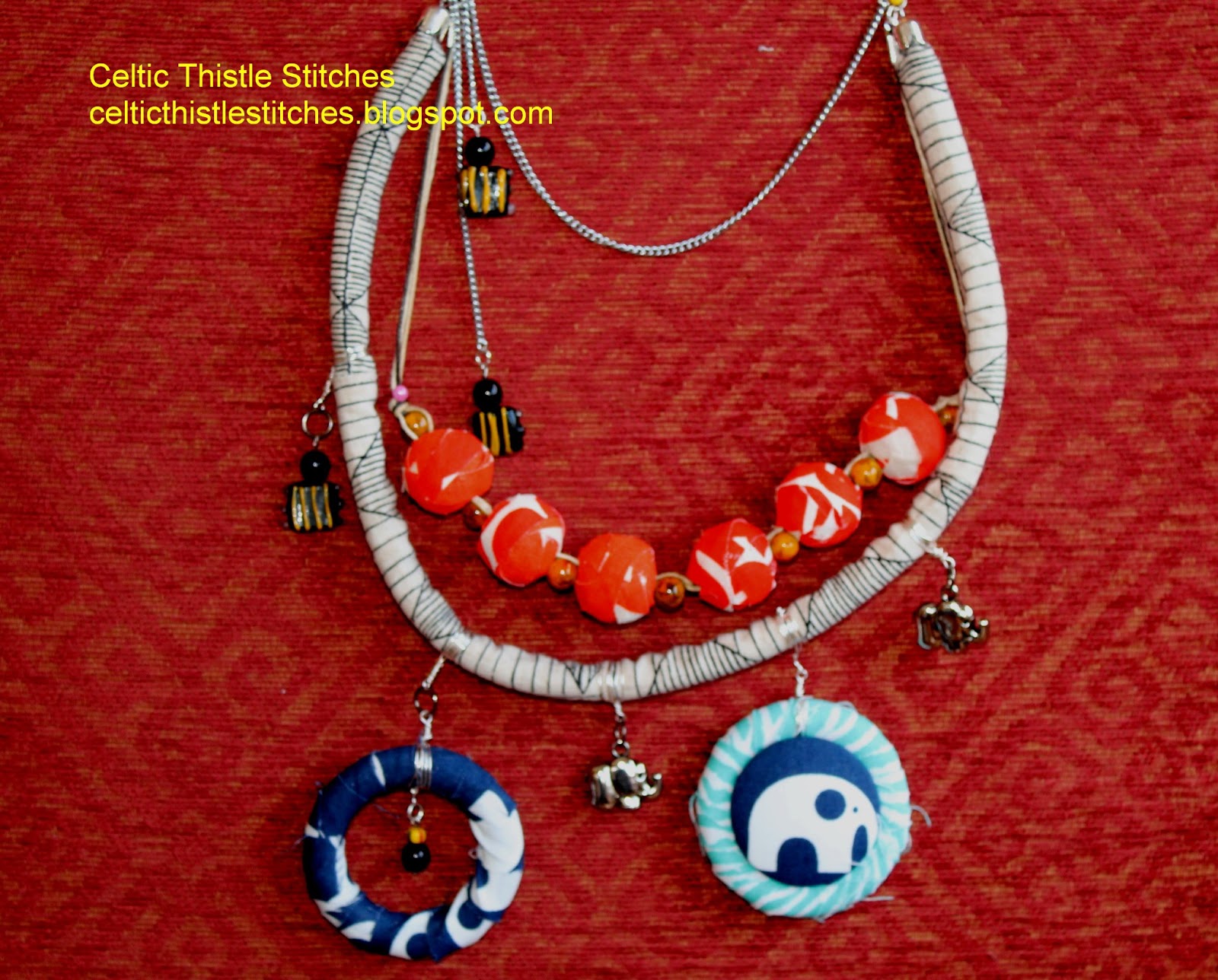 Elephant blew his nose over and over.  As he blew, his nose got longer and longer and longer.  Still the Bees went, "Buzz, Buzz, Buzz," inside of his head.  Then the Elephant remembered that Bees cannot stand smoke.  He walked back on the shore where the fire had died out.  He walked to where a tree still smoked from the fire.  Elephant took a deep breath and sucked the smoke up his nose and opened his mouth.
"We hate smoke," said the Bees.  They came flying out of the elephant's mouth.  The Bees saw a hollow tree that had survived the fire.  It had a hole in it that was as big as the Elephant's head.  They flew straight to that hole in the hollow tree.  There they made their new hive and lived very comfortably.
Ever since, Bees still like to make their hives inside of hollow trees.  Also, ever since then, the Elephant has had a long nose.  Some Elephants still feel like they have bees inside their heads.  They still suck up water with their long noses and squirt it out to make the buzzing stop." 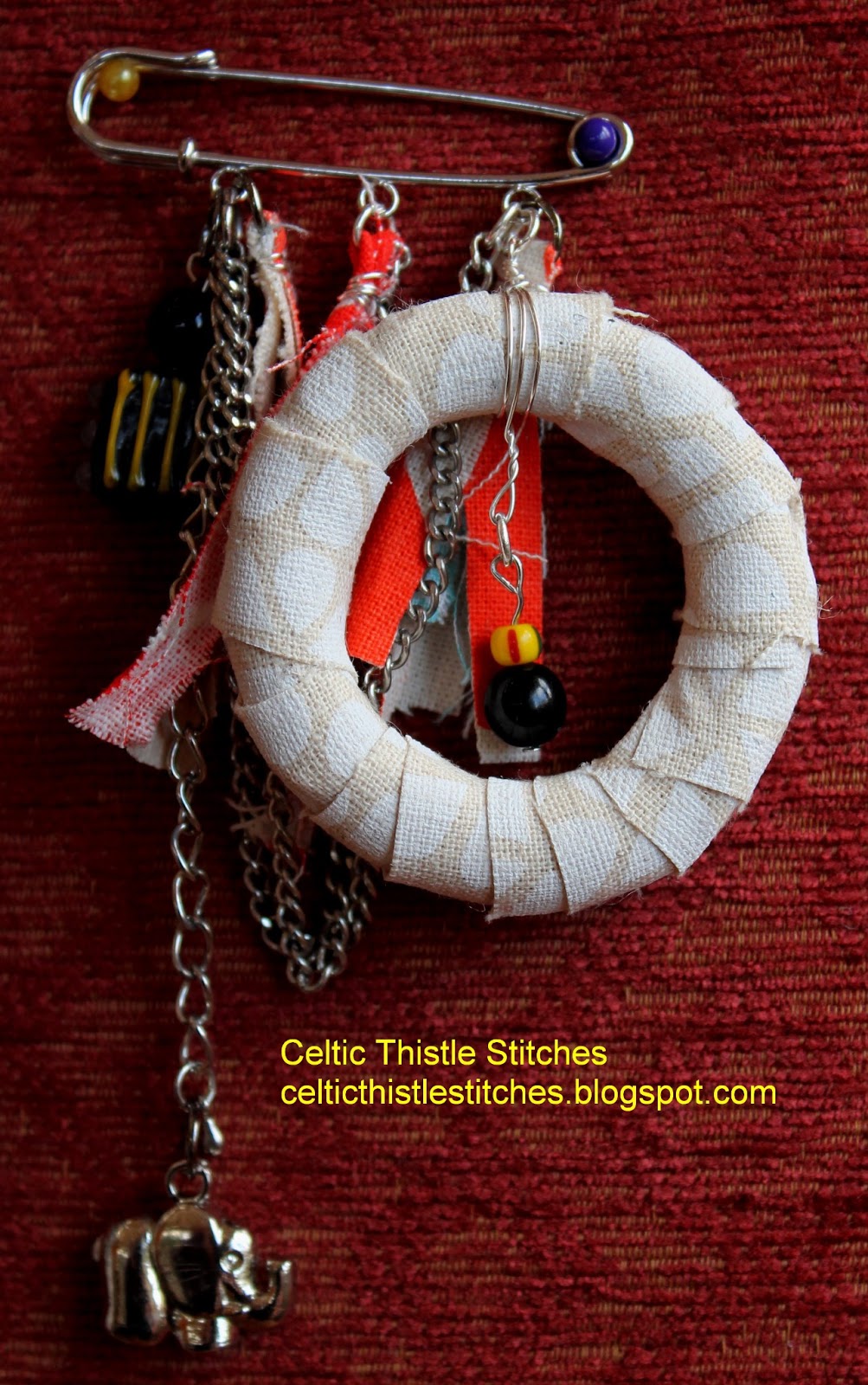 To make the fabric beads I used wooden beads and strips of fabric. 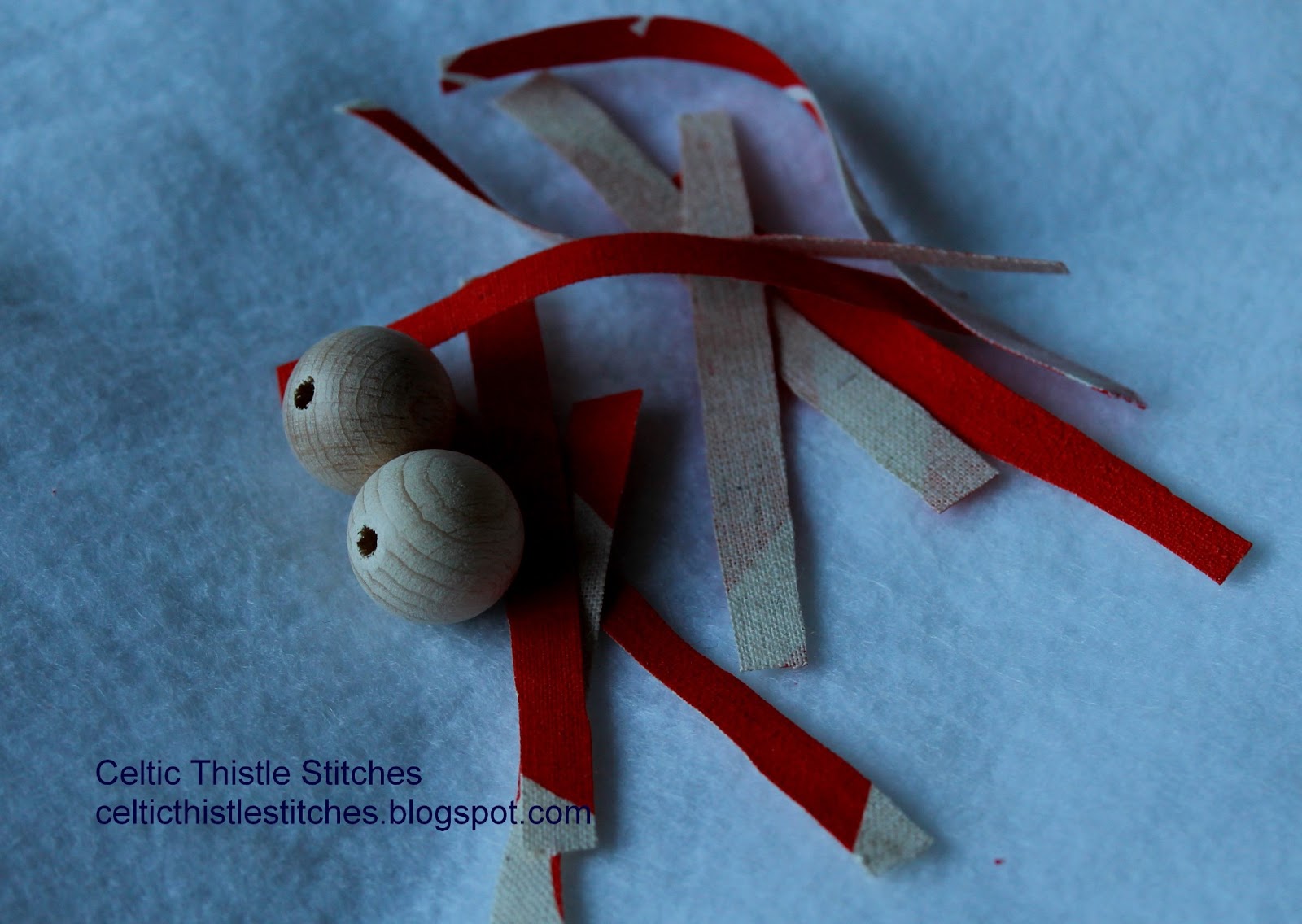 I had several attempts at them before I was happy with them as you can see below! 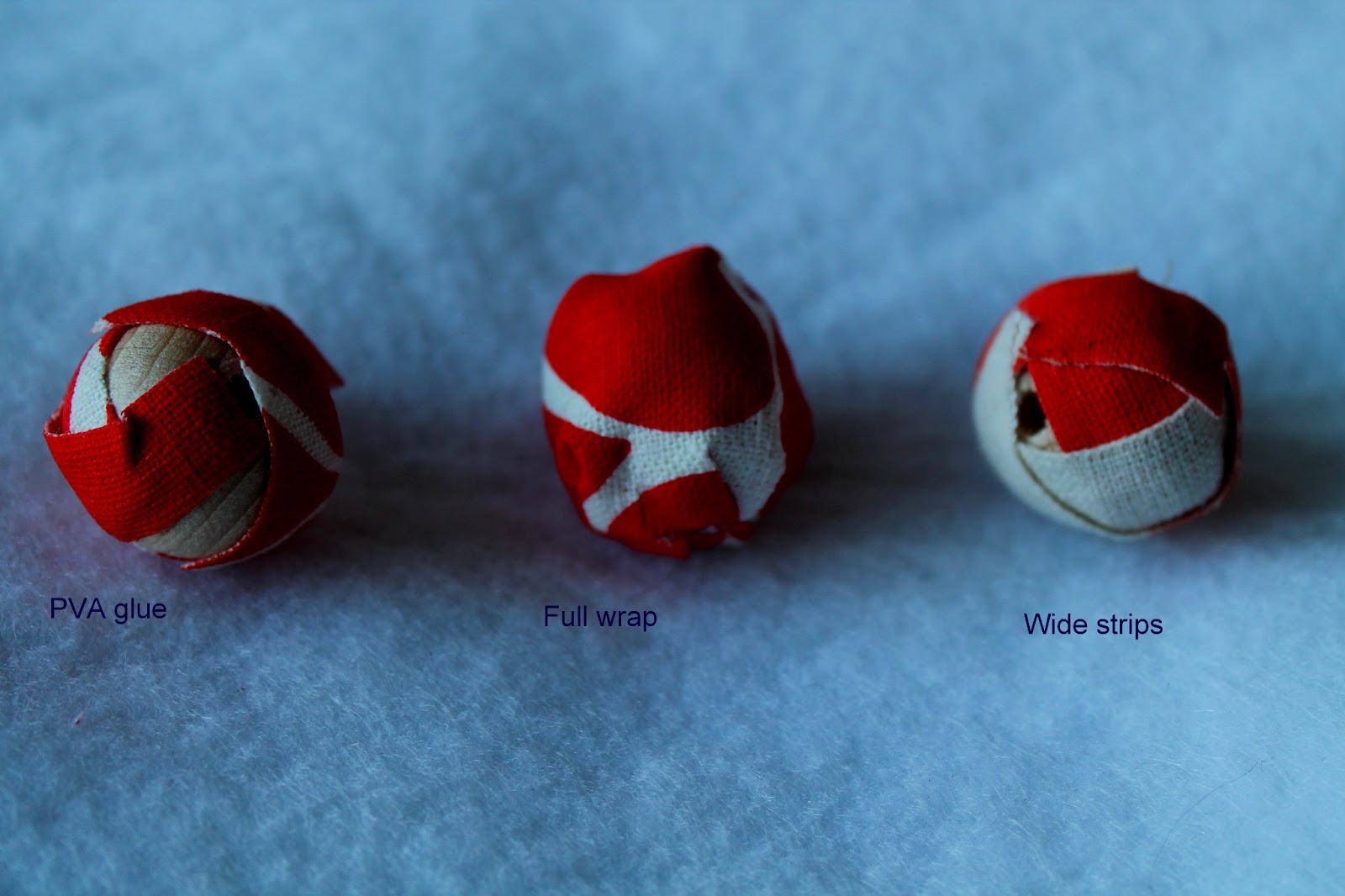 The PVA glue used on the first bead wasn't strong enough to stick the fabric to the bead, the strips of fabric on the third bead were too wide to wrap well around the bead and as for the bead in the middle, well it was just a disaster! I had seen several tutorials on bead wrapping that advised covering the whole bead in one piece of fabric, but this was my result! Hence the fabric strips.
I used an ordinary glue stick on the back of each fabric strip and then wrapped them around the bead, leaving a gap at the top and bottom for the beading hole. 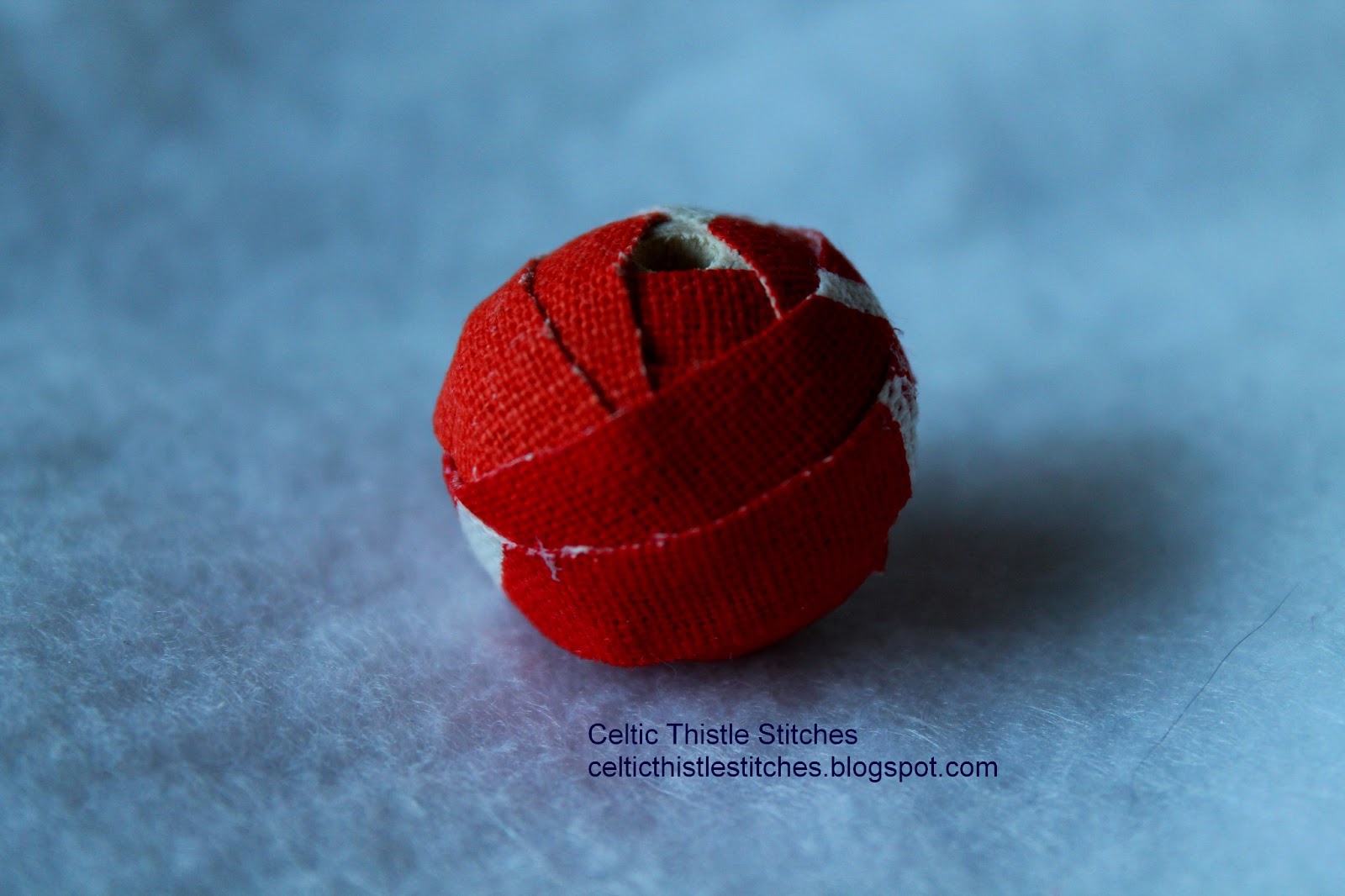 The same technique was used to wrap the fabric rings, which were originally wooden curtain rings!
More of the trimmings pack made a fabric tube for the necklace, which is covering plastic tubing that I had left over from the handles of my Fashionista Bag.
So this is my entry for the Umbrella Print Trimmings 2013 Competition. It is certainly not what I expected to be making when I originally read about the competition, that is for sure :)
Voting has now opened in Rikka's  Fancy Feet Challenge, so if you are still puzzling over those strange feet that came with your machine head on over to Ricochet and Away's voting page and the mystery may well be solved!
Linking up to
Crazy Mom Quilts