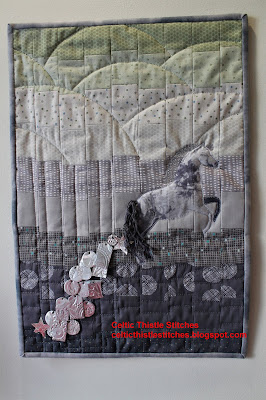 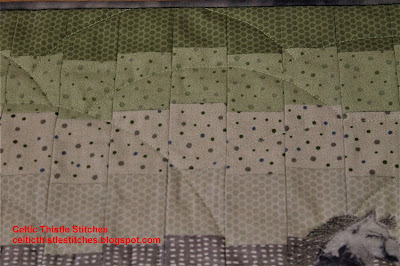 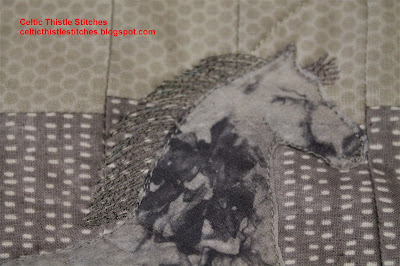 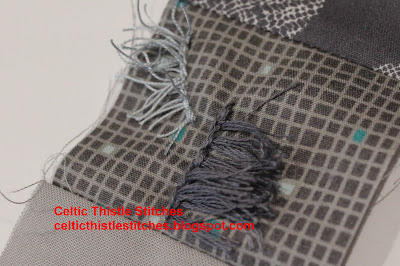 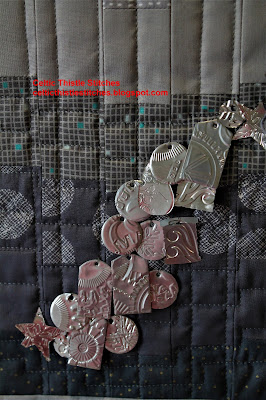 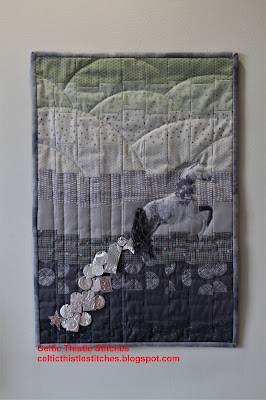 Stepping out of that comfort zone

It is a new decade so time for some changes to this blog. Over the last year the New to Me posts were, for me, less about the link party and more about a nudge to post at least once a month. So I am still going to write posts about anything I have tried out because you know I love to experiment, but won't be hosting the link party as well. I rarely link up to parties these days so it is not very fair to expect other bloggers to do something I am not doing myself!


I have as the post title tells you tried something very New to Me this month and I may live to regret it:) At our weekly quilting group recently we have been encouraged/cajoled/exhorted to enter a quilt in the upcoming Scottish Quilters Show. The deadline for entry was originally January 24th, but was then extended to January 31st to give those of us who were procrastinating less excuse to chicken out, I suspect!

Well, as you can see I finally took the plunge and put in an entry. 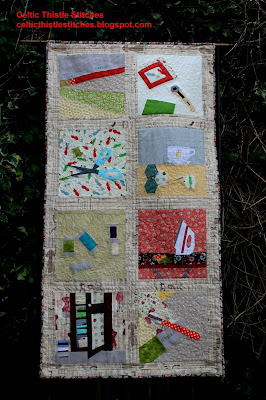 I entered the only quilt that I have that has a hanging sleeve, my BOM quilt from Quiet Play's And Sew On BOM back in 2013! I have no great expectations of the quilt as far as the competition goes, as I used the blocks for FMQ practise and I am fairly sure that my paper-piecing was less than stellar in places :) However, I thought it would be a fun entry to the competition in general.

There are several categories for entries and I wasn't sure whether this was Contemporary
(Quilts based on the traditions of quilt making, but have an original approach. Makers may use non-traditional fabrics, fabric painting, printing, dying and embellishments. These quilts should have an original design and can be hand or machine pieced, or a combination of both) or Modern
(Quilts with a modern design, can be based on traditional design with a modern twist. Quilts may include the presence of the following features: minimal and simple good design with bold graphic colours and high contrast; varying sized blocks, exaggerated scale, asymmetry and simple graphic quilting).  In the end after some discussion with fellow quilters and show veterans I went for Contemporary.

I opted not to have the Judge's comments sent to me as I have also volunteered to steward at the Show so will see the harsh truth soon enough :)

Would love to hear if you have used the advent of a new decade to accompany me in that strange place outside the comfort zone!

Email ThisBlogThis!Share to TwitterShare to FacebookShare to Pinterest
Labels: And Sew On, competition, New to Me, Scottish Quilt Show

Living by the sea it is hard to ignore the obvious signs of plastic pollution that washes up on the shore here. 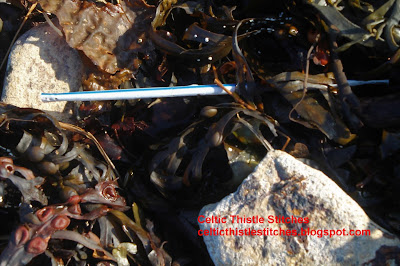 We hear about the longevity of plastic straws 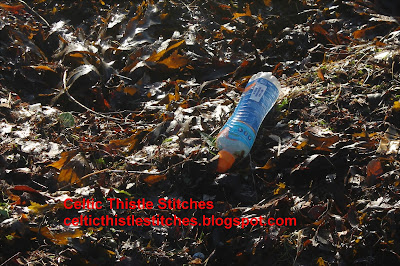 and plastic bottles and it is not difficult to find examples of them nestling amongst the rocks and seaweed of our shoreline.

Just before Christmas our youngest son's partner spent a happy couple of hours rifling through my stash cutting up fabrics that she plans to turn into beeswax food wraps. So, inspired by her I thought that I too could use some of that stash to make a part of my daily routine a little more environmentally friendly. 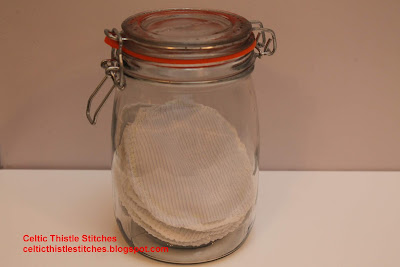 I have made some reusable cotton make up remover pads to replace the cotton wool pads that I have been using previously. 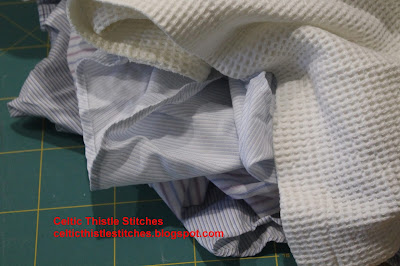 The source fabrics for these reusable pads were a waffle cotton dressing gown that has seen better days and a cotton business shirt that is no longer needed. 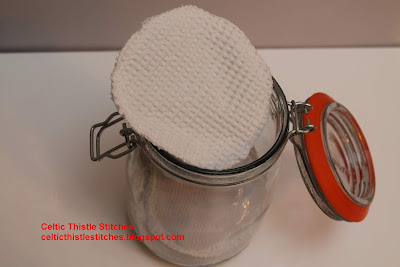 I simply put the two fabrics together and stitched them together with the overlocker. I had great difficulty stitching the circular shape in the overlocker, so next time I will make life a lot simpler for myself and make them square!

Our grandsons will be visiting us in a couple of months time so I am also thinking of making bigger pads for the little one's nappy changes but I will check that with his mum first :)

Have you made any small changes to your routines to help the environment I would love to know what else I could try?
Posted by Celtic Thistle at 04:00 3 comments: