Yesterday, I was lucky enough to attend a talk given by a local textile artist, Ailish Henderson. Ailish brought along examples of her amazing work and talked about where her inspiration comes from, which was fascinating.

Ailish's background was in fine arts before becoming immersed in the world of textiles and it certainly shows both in her work and in the way she records the things that inspire her work.

Having dabbled in free-form machine embroidery I was particularly taken by the results of Ailish's exercise to "stitch her sketch without lifting the needle". 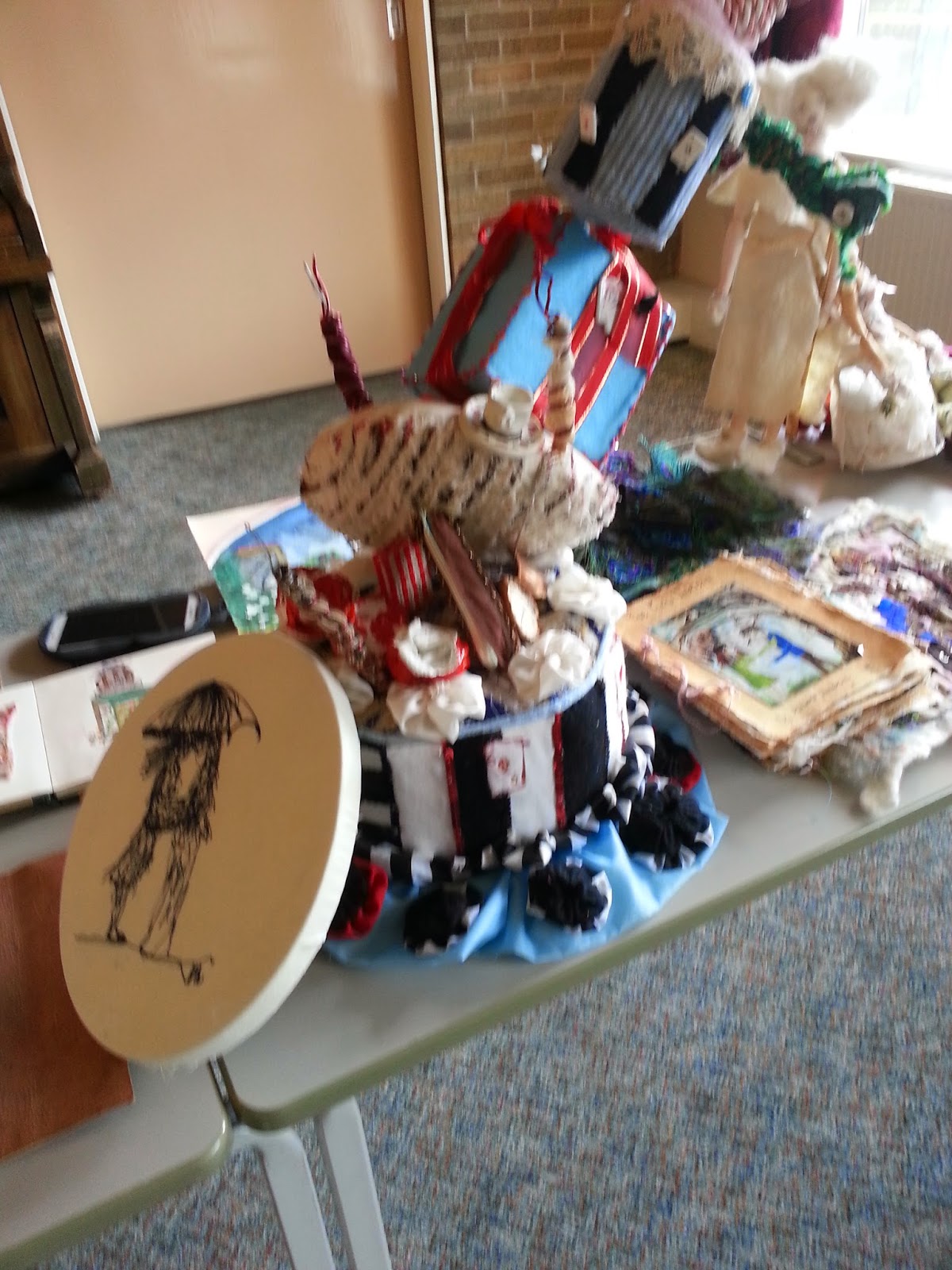 Oh to be able to produce something as lovely as the couple under the umbrella!

To the right of the wacky and wonderful Alice-in-Wonderland themed textile birthday cake, (how much fun must that have been to make!) you can just see one of Ailish's sketchbooks. These were the most fascinating part of the afternoon for me. Sketchbook really doesn't do them justice, they were works of art in their own right, and a world away from what I had previously thought of as a sketchbook. 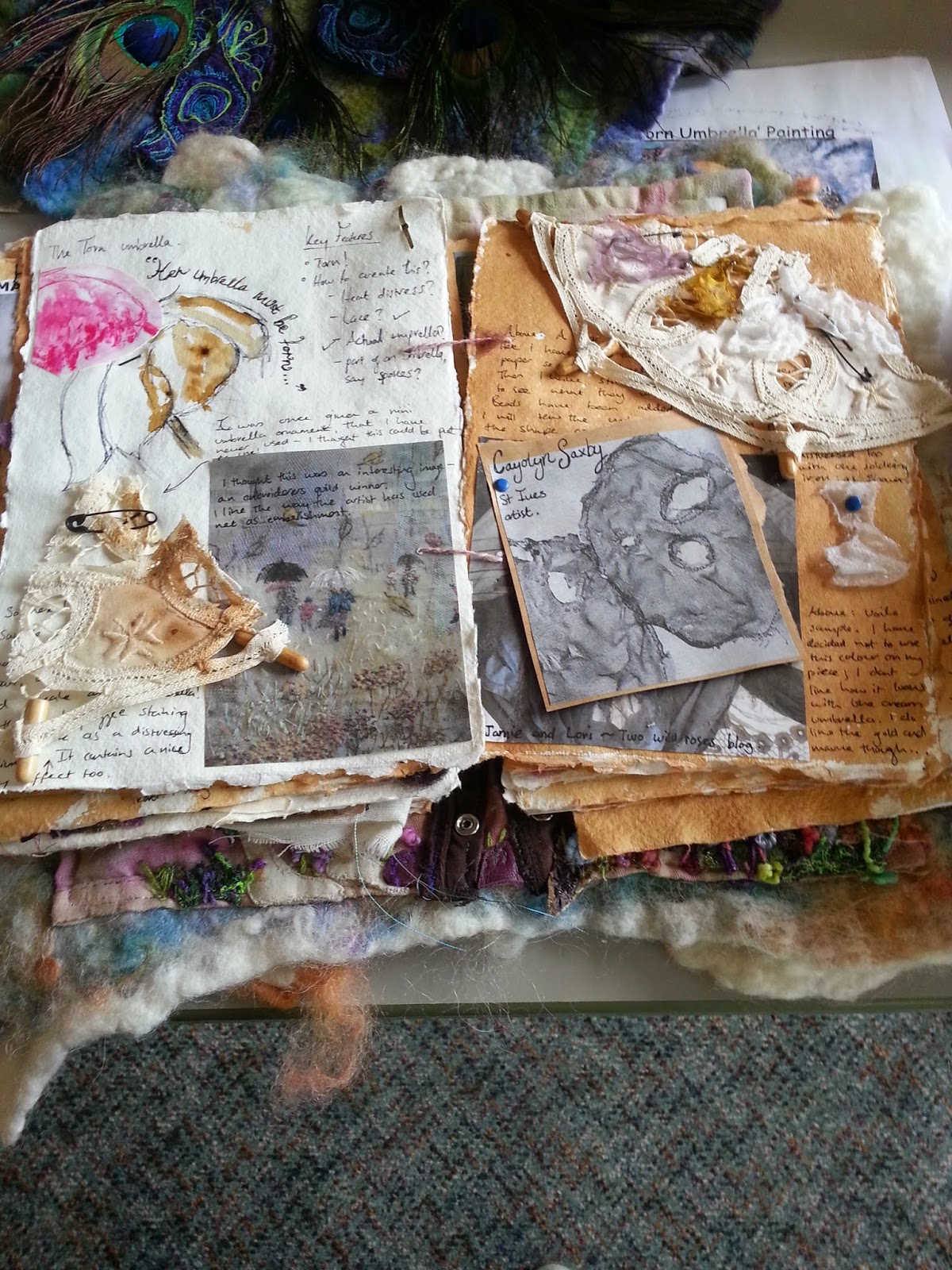 The pages above were crammed with sketches, bits of fabric, lace, beads, lines of poetry and other text. They were a wonderful insight into the development of a project and the host of inspirations that informed the final outcome.

Having almost no drawing ability myself, I generally rely on photos when I am looking for inspiration, which is undoubtedly why I am still ploughing through the hundreds of photos that I took on the Silk Route trip :) I have never, though, considered keeping such a detailed record of the thought process of a project but came away thinking that maybe I should give it a go.

Do you record the inspiration for your projects and if you do, how do you do it? I would love to know.