Cotton, silk and a well-dressed tree

I am sure you will not be surprised to hear that given we were following the ancient Silk Routes, textiles were rather a recurring feature of our recent trip! So I thought that I would share some of them with you.

Everywhere that we went in Uzbekistan we were told that cotton was one of their major crops, so you can imagine how delighted I was to hear that! I certainly had visions of being spoilt for choice when deciding what to buy as a reminder of the trip. Strangely it didn't quite work out like that and although there were lots of cotton scarves around I only found one shop in Samarkand that sold fabric lengths. 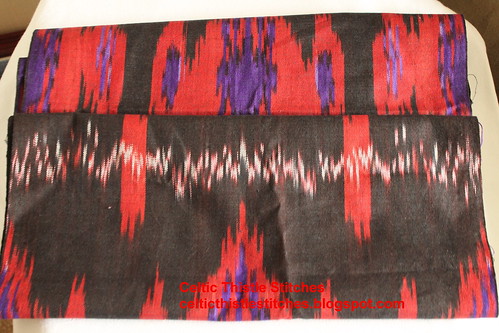 Needless to say I bought some! I haven't decided yet what to do with it but I am sure that I will think of something :) 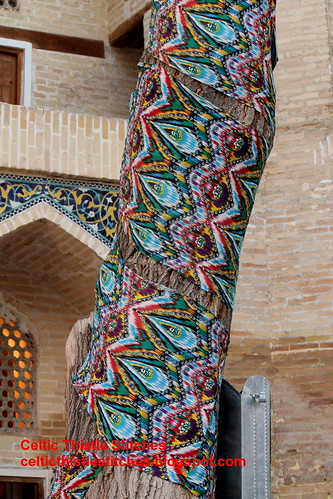 For reasons that were never apparent, several trees in the courtyard of a Madrahsa in Bukhara were sporting these wonderful fabric wrappings. Fabric bombing Uzbek style, maybe ??

As you know by now, I can never resist a market and Samarkand had a great daily market and even better a treasure trove of a haberdashery right next door. 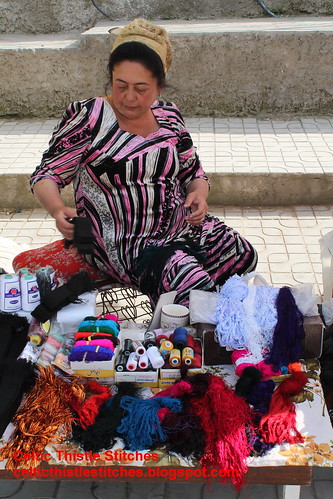 This lovely lady came over all coy when I asked to take her photograph, but as I had just handed over the cash for a large bundle of her silk embroidery threads, she couldn't be too shy :) 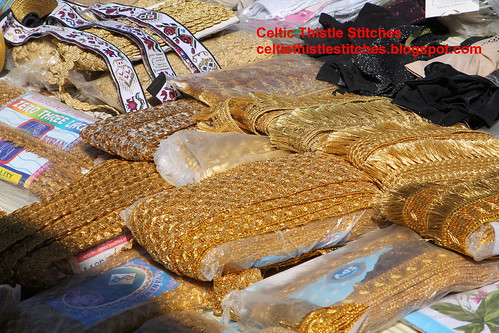 Her fellow trader didn't do quite so well out of me, as I was able to resist the yards and yards of glittery gold trim, but along with a fellow traveller did succumb to a couple of the embroidered ribbons. The ribbons were sold as a cut length but had a plain black section in the middle, which you can just see in the middle ribbon in the picture. It took us ages to work out why they were like this and I can't claim any credit for the answer to the puzzle. We discovered that the ribbons were meant for trimming the cuffs of the loose trousers that the local women wore under their kaftan-like tops, so would necessarily be sold as pairs. It all made sense then :)

Embroidery and applique featured heavily in many of the finished items that I saw along the way, from these lovely bags 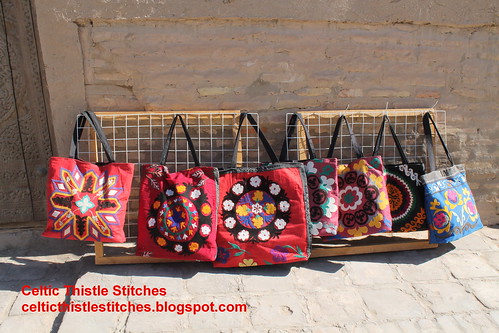 to these beautiful embroidered cushions. 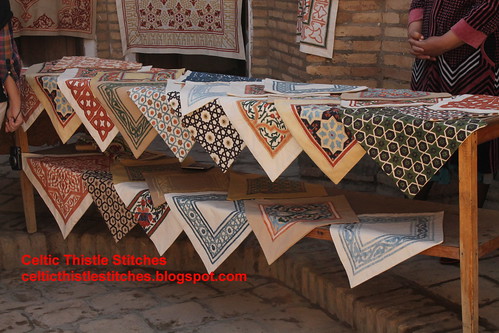 The cushions were made at a design collective workshop, where you were able to see the process of their production from start to finish, including examples of the natural resources used to produce the dyes. 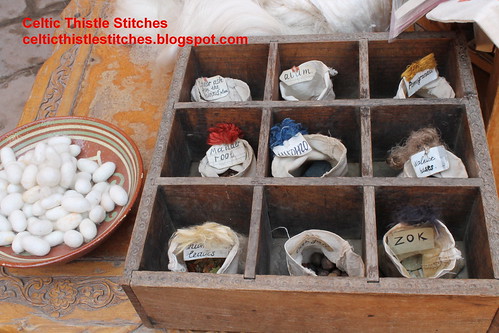 I had heard of some of these before, but pomegranate as a dye was a new one on me. It produces the most vibrant yellow though, doesn't it? The white balls on the plate to the left are the silk cocoons.

As you can see in the cushions and bags above, the embroidery and applique motifs used in many of the designs were very stylised. In one of the museums we visited in Bukhara they had exhibits of the stamps used to print motifs on fabric. 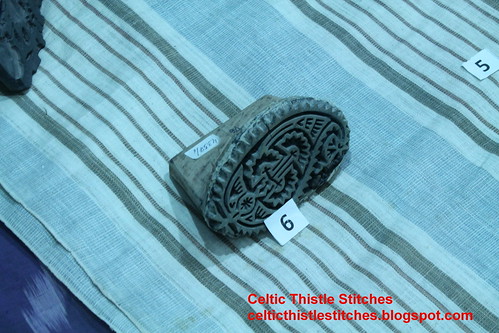 The one above dated from the late 18th Century/early 19th Century.

I found a more modern version of these in one of the stalls at the back of the covered market in Bukhara. 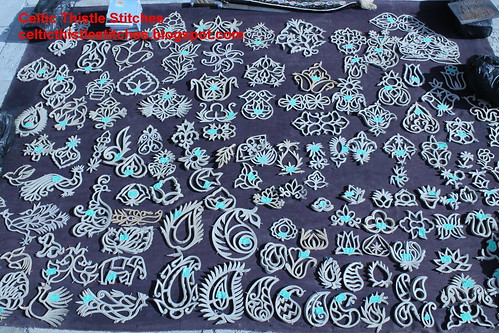 The stallholder said that these were embroidery templates. They were made of a cardboard like material and were apparently hand-drawn and cut. She said that they were to be stitched over to give a raised, I suppose couched, effect. You will not be surprised to read that some of these might have found their way into my suitcase! I am hoping to use them as a reusable template for applique or embroidery rather than as a one-off embroidery template, but that is a job (and post) for another day.

My final textile-related photo for this post is this rather wonderful machine spied in the haberdashery in Samarkand. 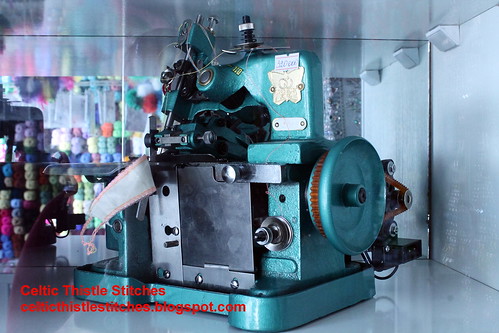 It looks very complicated and maybe even dangerous! I thought that it might be an overlocker but not having one of those myself I wasn't sure. I am sure someone out there though will have the answer :)

On another note entirely if you have made anything Christmas or holiday related this month, don't forget to link up to Ho, Ho, Ho and on We Sew, which is over at Weekend Doings, there is a sweet mini charm pack up for grabs for one lucky linker.

As ever linking up to