On a recent visit to my son and his wife, I ended up having a day to spend by myself in Oxfordshire. Naturally, a scan of potential fabric-related shopping was high on my agenda :)

On my son's recommendation I ended up visiting the village of Burford, which is described as one of England's prettiest small medieval towns. He was definitely right about that. 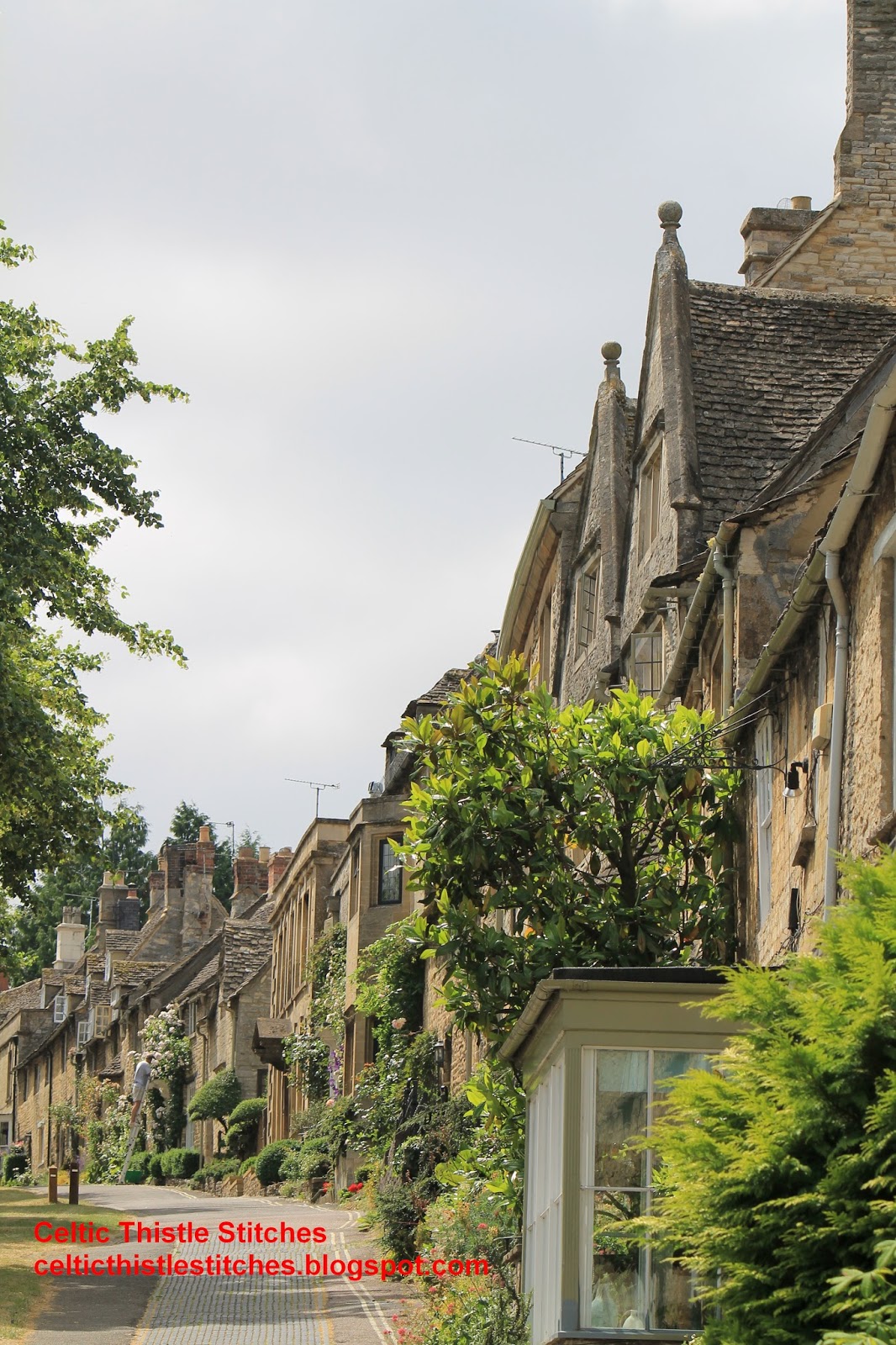 This is the view from the middle of the main street 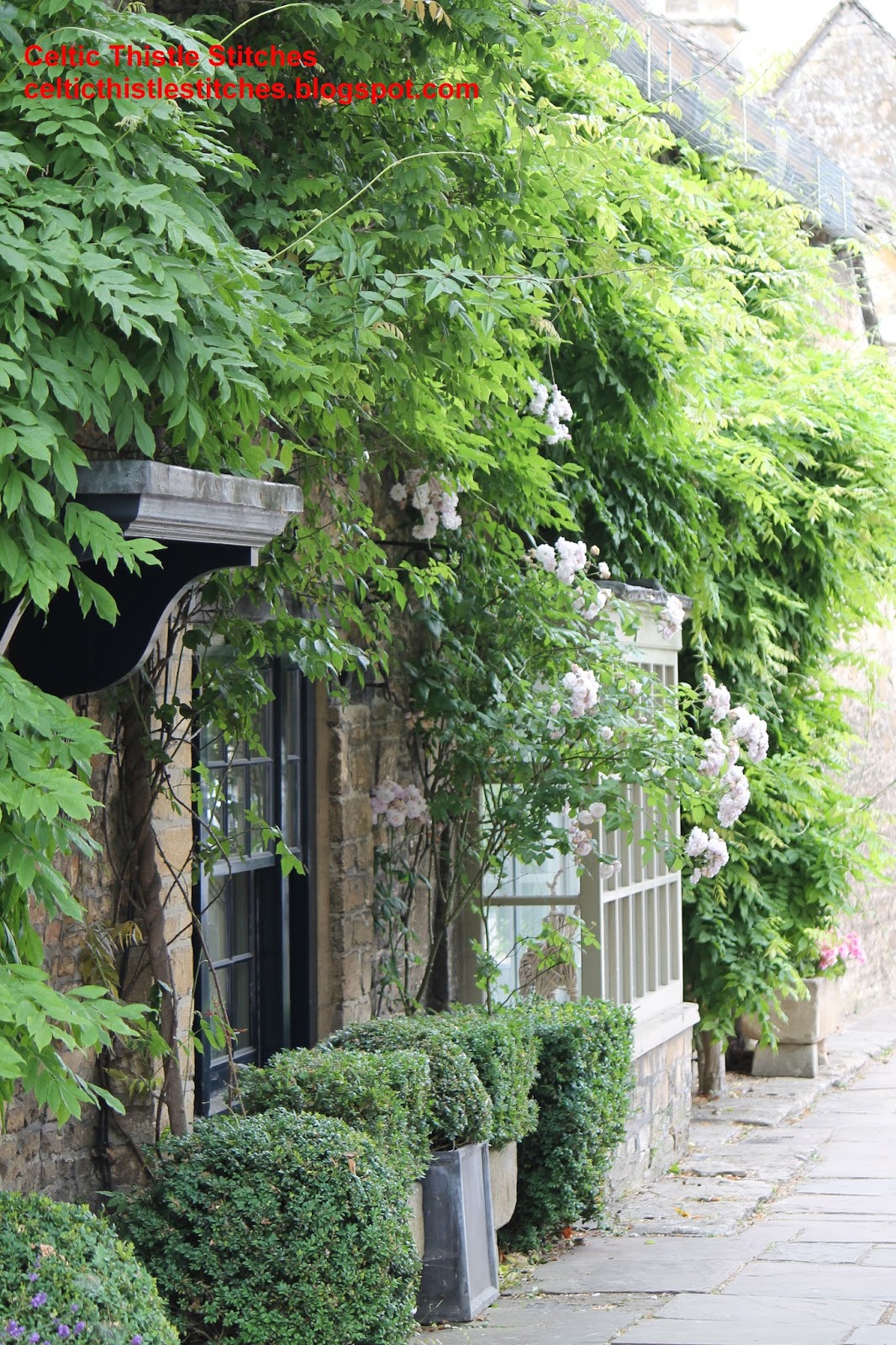 and here is a cottage at the bottom of the hill. 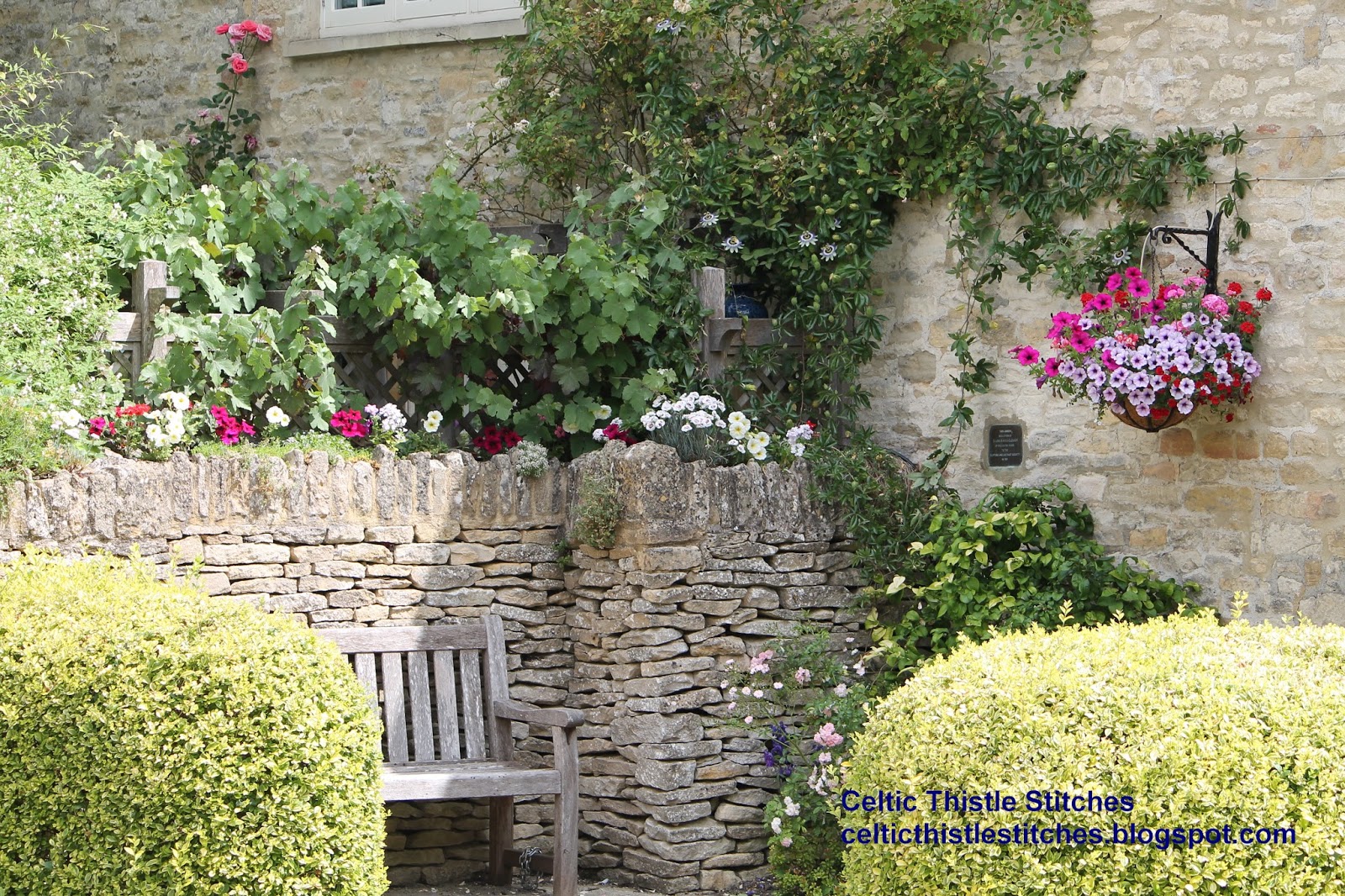 Although the town looks idyllic, Burford has a claim to fame that belies its prettiest town description.

During the time of Oliver Cromwell and the English Civil Wars, an uprising by New Model Army soldiers complaining about, amongst other things, pay arrears and the prospect of being shipped to Ireland was organised by a group of dissidents known as the Levellers. In May 1649, 300 of the dissidents were the subject of a night attack by Cromwell's troops, whilst they were sheltering in this church. 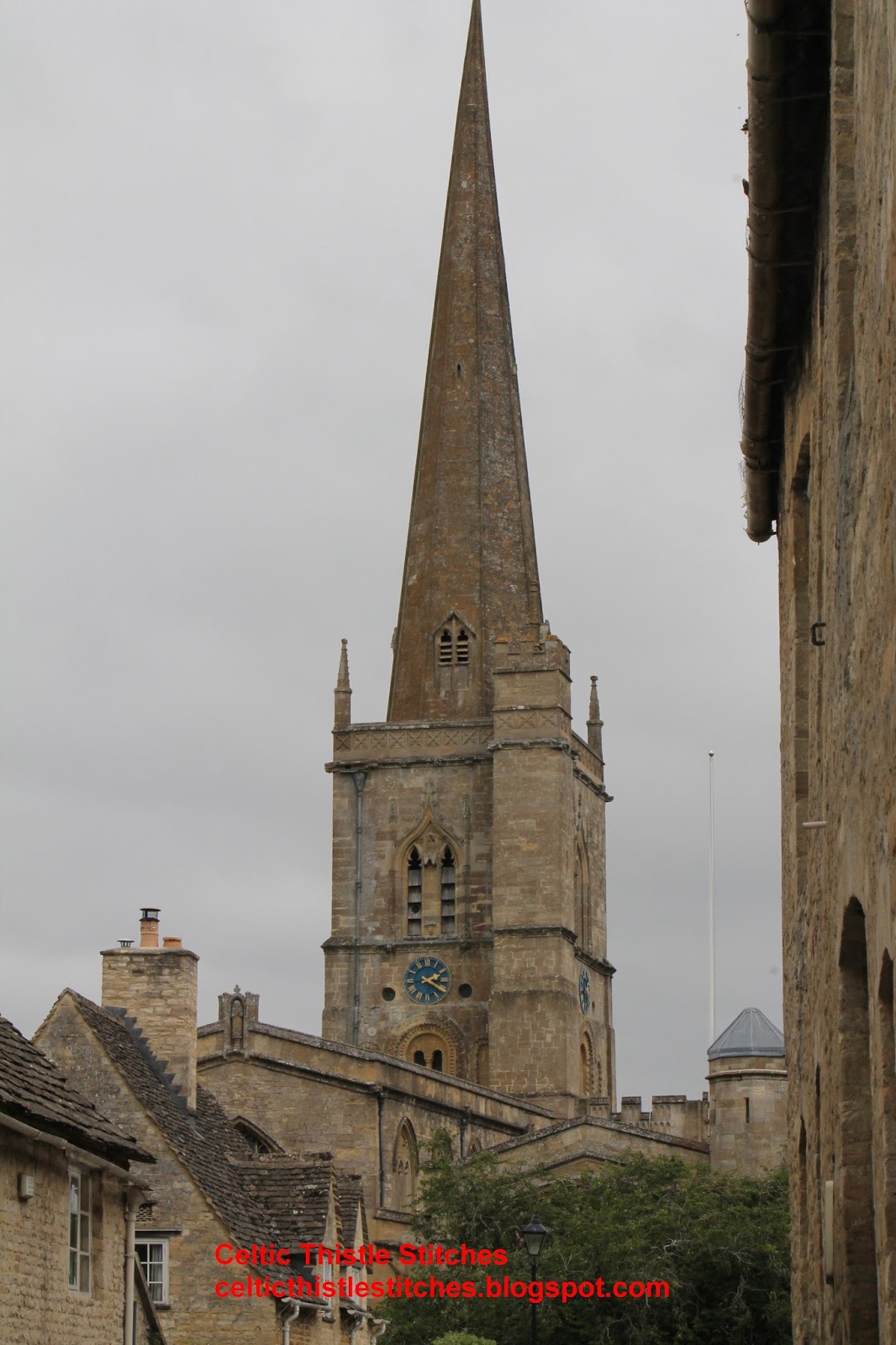 The dissidents were held captive by Cromwell for three days, at the end of which, three of the ringleaders were executed.

One of the captives, however, was an Anthony Sedley, who whiled away his captivity by carving his name on the church font! 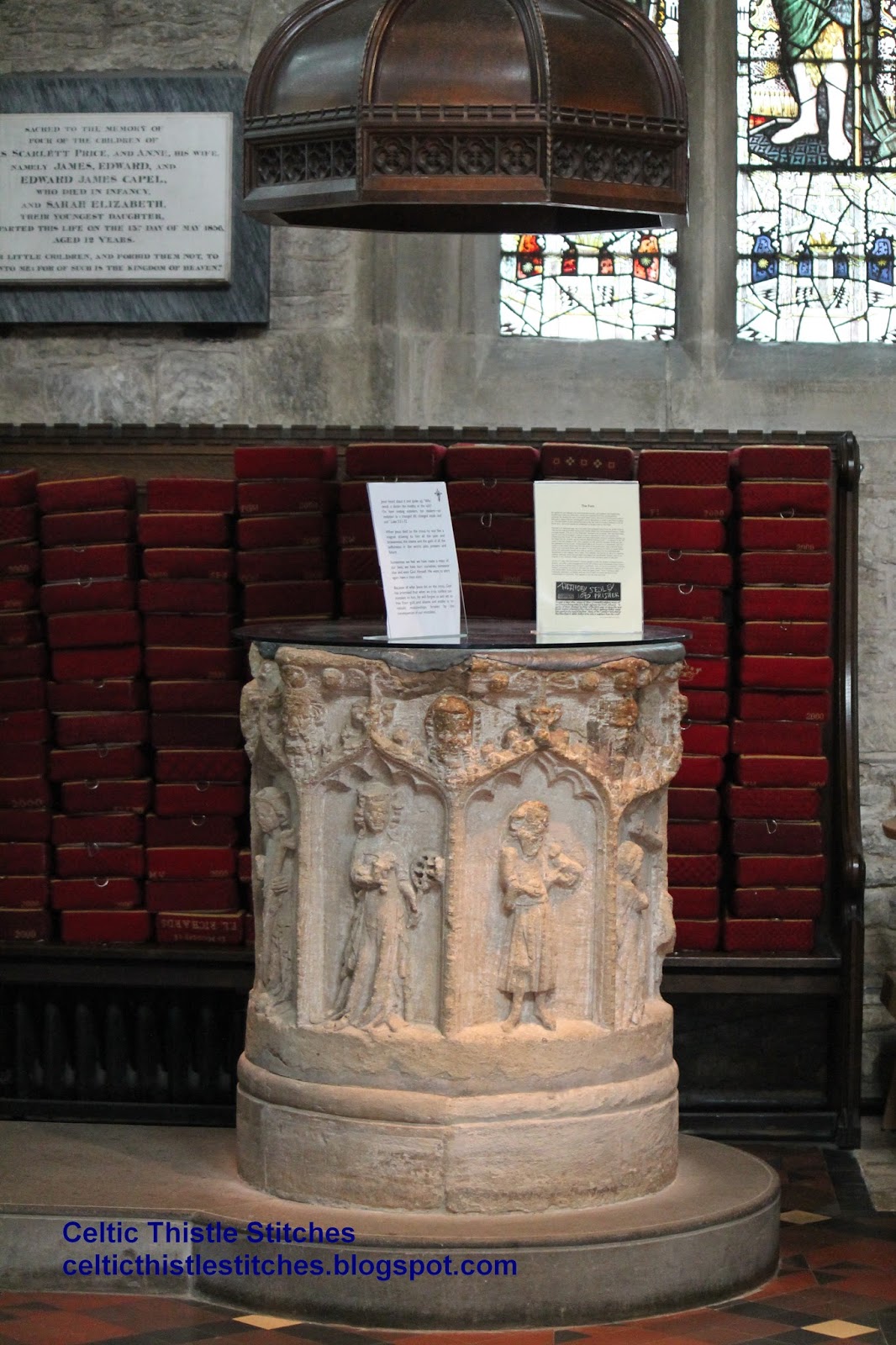 Over 350 years later his carving is still there for all to see. Wonder what he would say if he knew that the graffiti would last this long, and that there would be postcards of his carving for sale in the church! 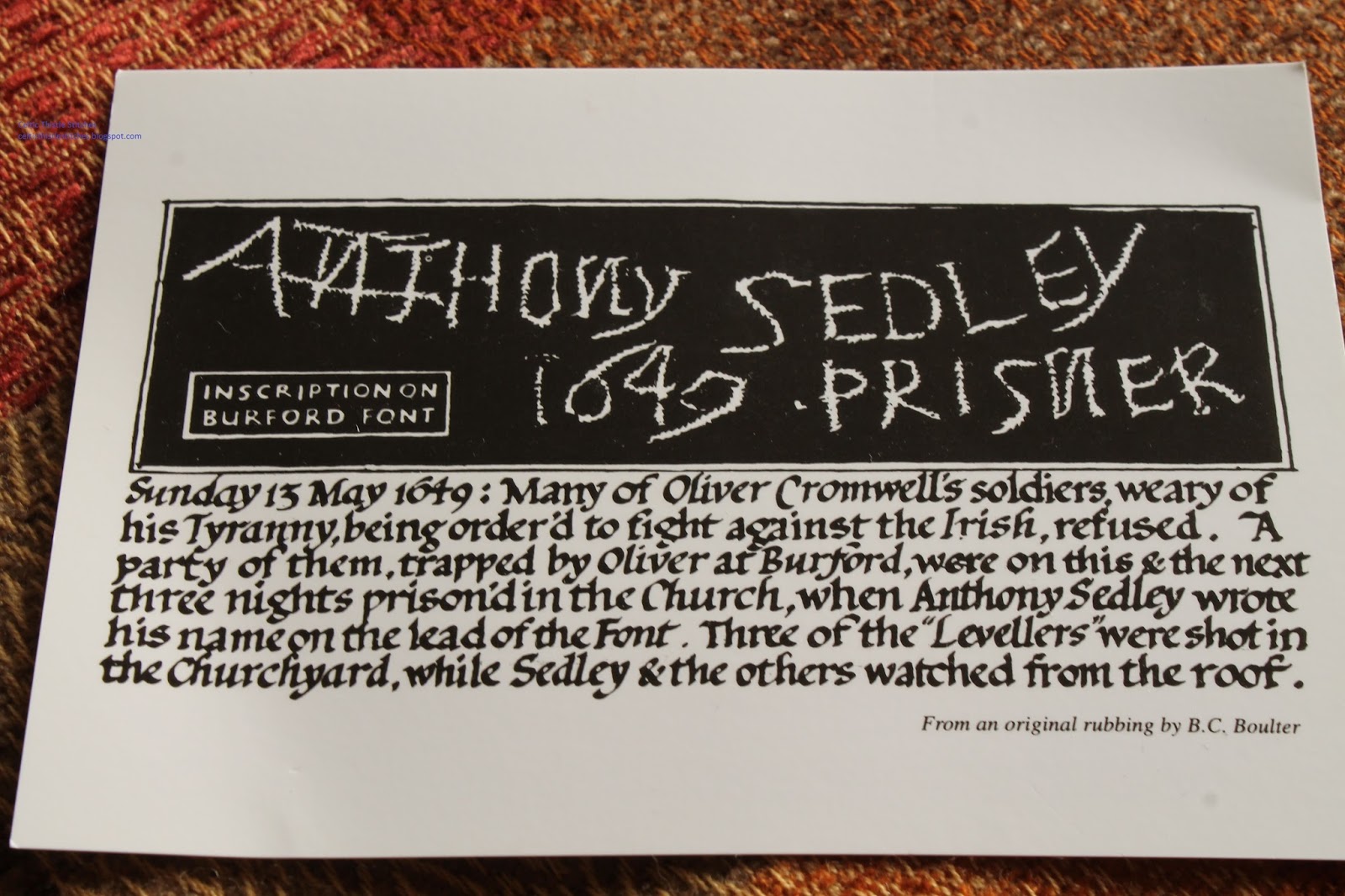 End of this week's history lesson :)

P.S. I did visit the quilt shop, Cupcake Cottons, in Burford too just in case you thought the trip was all about history! Their speciality was more Civil War type-fabrics (not surprisingly perhaps!) so not really to my taste, hence the lack of retail therapy. So what I didn't spend on fabric I made up for by treating myself to afternoon tea with clotted cream and jam scones :) Life is just so tough some times!

Linking up to Really Random Thursday
Posted by Celtic Thistle at 19:00