Quiet Play's little houses have fired up my paper-piecing mojo, so I decided that it was time to try and catch up with Kristy's And Sew On BOM. If I didn't get any blocks made this month I would end up three months behind, and probably never catch up before the last block is posted in September :)

So as some light relief from the ironing which was threatening to take over the kitchen, I set to.

Naturally, this being paper-piecing there were a few hiccoughs along the way! 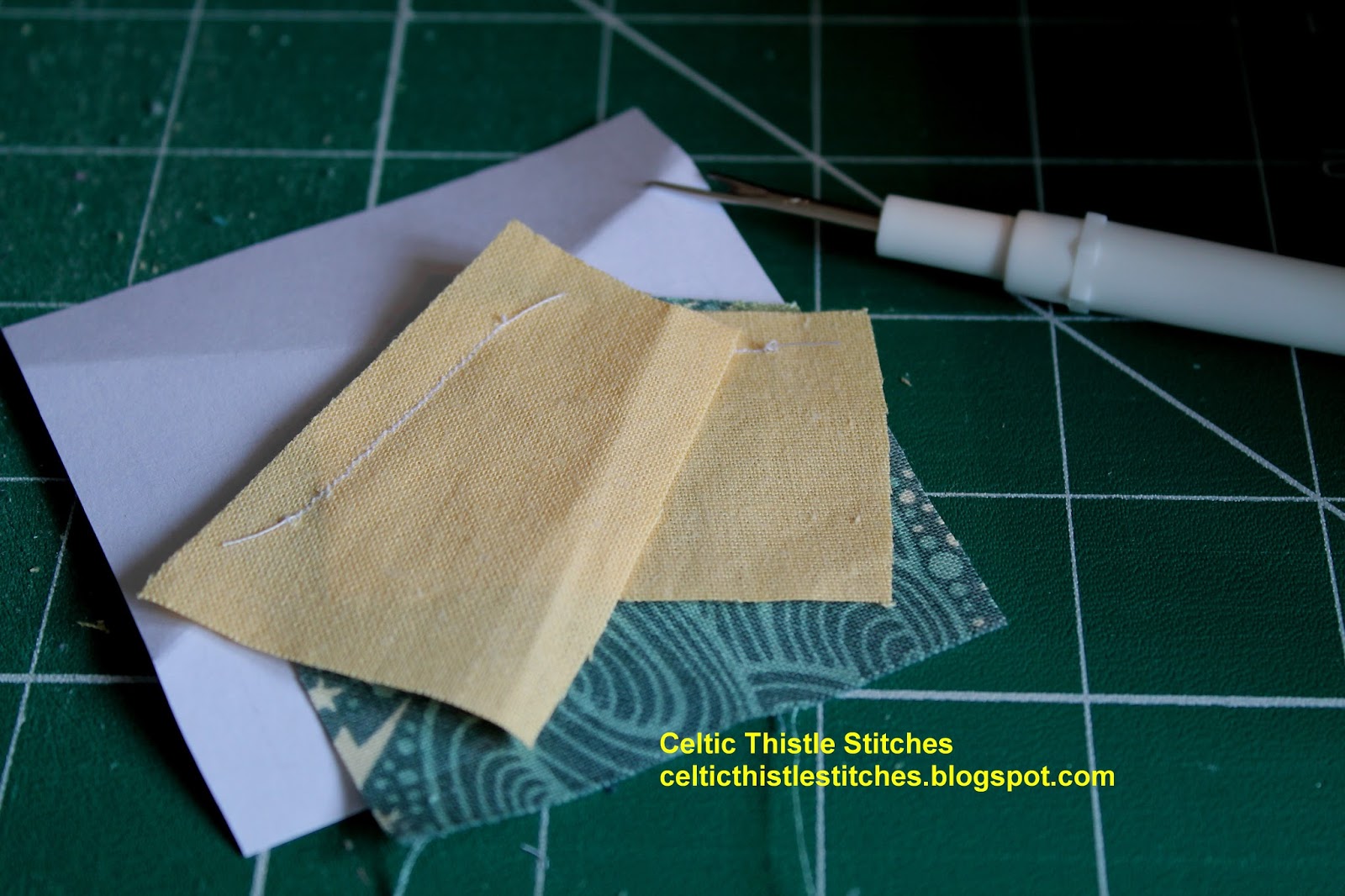 Hmmn! This is what happens when I stop concentrating and start congratulating myself on how quickly it is all going together, I forget to turn the second piece over and iron before I attach the third piece! I had intended to make each hexagon from a different fabric but then realised after (naturally!) I had sewn the three pieces together that I had used the same fabric for the edges of the two hexagons that overlap a strip. I was not going to get the seam ripper out to change that :)

When I had finished this block I was congratulating myself on actually finishing a block for the BOM in the month that it was posted. Premature congratulations as it turns out. When I checked up to see which blocks I was now missing, I discovered that this block was posted in June so I still had July's to make.

Fortunately the paper-piecing mojo hasn't deserted me yet so I printed out July's block and set to. Some of the pieces in this block are tiny! I have yet to mark out the grid lines on the cutting board but I will probably embroider them at the end. I am thrilled to bits that the rotary cutter is actually recognisable too!

The March block is now the only one I am missing, so with a fair wind I might even manage to get it done before the end of July and finally have caught up with this BOM. I have said that before though, so I am not holding my breath :)

Bloggers have been trying out everything from ballooning to wigglegrams, and if you don't know what that is (I didn't!) then check out the links to find out :)

Email ThisBlogThis!Share to TwitterShare to FacebookShare to Pinterest
Labels: And Sew On, BOM, paper piecing